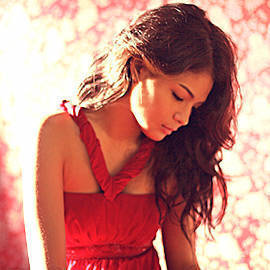 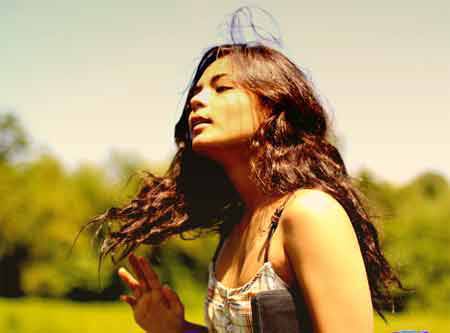 Lovi Poe stars as the barrio lass who yearns to leave Infanta, Quezon for the city.

Here’s my fearless forecast: Lovi Poe is going to be a Star.

In Mayohan, the Cinemalaya entry of director/cinematographer Dan Villegas and director/writer Paul Sta. Ana, she shines on screen with her authentic talent and, my goodness, that face. In this beautifully shot and sensitively written film about first love on the sandy shores of Infanta, Quezon, Lovi plays Lilibeth, a barrio lass who yearns to escape their small town. As she plots her haphazard escape to the city, Lilibeth is also organizing the annual May dance--the one big social event all the young people in their town look forward to. When a new neighbor, a fifteen year old boy from Cubao (award winning child actor Elijah Castillo, who is truly delightful) visits his grandmother, Lilibeth and Nino begin a tentative friendship. The young boy’s infatuation with the 19-year-old Lilibeth is sweet and delicately observed. Inevitably, he falls in love with her...because who can resist Lilibeth, swathed in late afternoon sunshine, smiling her secret smile. Lilibeth is an unspoiled beauty on the brink of disaster, a simple provincial girl on the way to her ruination in the city.  She reminds me a bit of the heroines Hilda Koronel played in the ’70s.

Mayohan is a window into the life of this potentially tragic Filipina heroine. It is the last sweet and innocent summer rural summer romance right before everything changes and turns into another gritty urban melodrama about poverty. 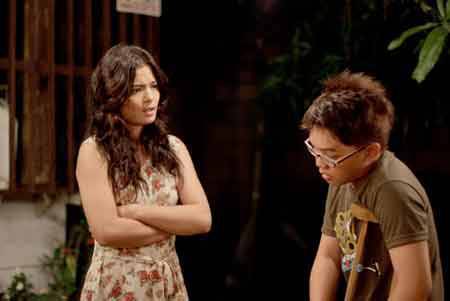 As a romance, Mayohan hits all the right spots: there’s an Up Dharma Down song in the soundtrack (I heart them, too), exceptionally lovely cinematography in a picturesque location, and a solid supporting cast of characters played by good actors (Ping Medina, as the womanizing Uncle Ruben, is a great sketch of the macho/sensitive Pinoy Cassanova). It’s funny and bittersweet and, best of all, it doesn’t end with a big fat cliche. Yay, Dan Villegas and Paul Sta. Ana and the legion of people who I’m sure put in a lot of hard work into this charming film. You guys are awesome for making the best romance I’ve seen in a long, long, long time. Also, you guys picked a star.

Cinemalaya 2010 Cinemalaya Lovi Poe Paulsta.ana Danvillegas
Your Guide to Thriving in This Strange New World
Staying
In? What to watch, what to eat, and where to shop from home
OR
Heading
Out? What you need to know to stay safe when heading out