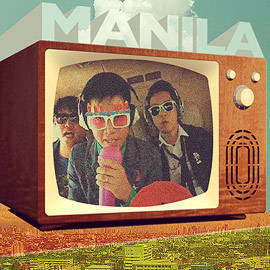 Manila in Music Videos: Top 10 Spots that Showcase the City

If beauty is in the eye of the beholder, perhaps one of the best ways to showcase Metro Manila’s sights, sounds, streets and structures to the rest of the country--and the world--without being hard-sell is through music videos. SPOT.ph cruised for clips that make even the metro’s most quirky-funky-odd spots still look hip and happening.

Song facts: The song is the title track of singer-composer Julianne Tarroja’s 2007 debut album. It’s an easy-listening pick that might help you get through a very bad day.

Musical setting: The San Sebastian Church and parts of Felix R. Hidalgo Street serve as the perfect backdrop for a tune that celebrates the existence of a Higher Power. (Or at least that’s what it looks like.) Tarroja’s sultry voice is pure ear candy.

Killer lyrics: "Everything seems different now/ Things are turned inside out/ With a new pair of senses to go with around/ It doesn’t even matter/ If I’m up or down."

Song facts: If the Beatles had "Hey, Jude," the Eraserheads had "With a Smile." The song is from the band’s album, Circus, which was released in 1994. It’s a wistful tune that retains a melancholic vibe despite its "pep talk" lyrics.

Musical setting: The video was shot in Nayong Pilipino, back when it was still beautiful. The little girl in the video gives it an "Alice in Wonderland" feel.

Killer lyrics: "In a world where everybody/ Hates a happy ending story/ It’s a wonder love can make the world go round."

Song facts: The song is from the band Hale’s self-titled debut album, which was released in 2005. It’s an upbeat ditty about L-O-V-E in all its cheesy glory. It’s got an infectious "aw-shucks" audio charm.

Song facts: This tune is from Pupil’s Wild Life album, which was released in 2007. We can’t help but think about Meralco when we hear this angst-ridden song.

Musical setting: Set in the mostly-stark-white School of Design and Arts Building of the De La Salle-College of Saint Benilde, the video features actress Glaiza de Castro as a young woman who’s raging against the machine. She’s even shown reading Camp Concentration, a "dystopian science fiction" novel by Thomas M. Disch. The video was directed by Quark Henares.

Song facts: This rap pick is from Gloc-9’s self-titled debut album, which was released in 2003. (By the way, his real name is Aristotle Pollisco.) It’s the perfect song to listen to when you want to get out of a funk. The fact that it’s about love doesn’t really matter. It’s the cool beat and Gloc-9’s rapid-fire wordplay that get you.

Musical setting: Since the rap piece is about an average guy who’s laying all his cards on the table for the woman he loves, Gloc-9 is shown walking along Broadway Avenue in Quezon City and getting chummy with carabaos at the Marikina Riverbanks Park. The video was directed by the late Francis Magalona.

Song facts: This underrated ballad is from Bamboo’s Light Peace Love album, which was released in 2005. It’s an emotionally-charged breakup song that you’d want to listen to over and over again. Plus, we love how the tail-end of the tune mashes up with Lisa Loeb’s "Stay."

Musical setting: A Bamboo fan and music enthusiast identifies the streets featured in the video as Yuchengco (formely Nueva) Street and Dasmariñas Street in Binondo, Manila. The band members look dejected as they cruise around in a cool muscle car. (Is that a 1967 Chevrolet Impala?) We love the shot of the girl with her suitcases out on the curb. It’s a breakup song video, after all.

Killer lyrics: "Can’t describe the way it felt/ When you left, said your goodbyes/ It just seems crazy for me to think/ That I’ll find love a second time."

Song facts: This tune was released in 2009, when Sandwich celebrated its 10th year anniversary in the music biz. It’s the fourth single from their S Marks the Spot album.

Musical setting: It’s easy to spot Manila Bay, Quiapo, and Luneta in this music video. Obviously, Manila doesn’t just serve as a shoot location, it’s the driving force of the song and the video. The song tells the story of a typical day in the city--from the morning rush to the nighttime escapades. Raimund Marasigan and the rest of Sandwich wore shirts designed specially for them by Team Manila, the design studio that also helped them conceptualize this video.

Song facts: This song is somewhat like "Bahay Kubo"--but it enumerates locations instead of vegetables. The lyrics refer to places all over Metro Manila--streets, landmarks, major roads, cities, and hotspots--and some neighboring locations. "DV" is probably the band’s most successful single to date. It was released in 2003 as one of the five songs in Cambio’s first album, Excerpt (EP).

Musical setting: This track what shot in (where else?) Divisoria. The music video nails pop culture. Lyrics and video composition merge to faultlessly portray life in our favorite bargain destination, Divisoria. But of course, we all have our own favorite spot in the Metro. (By the way, we love the shot of the Feng Shui Lucky Cat.)

Musical Setting: The dingy LRT, Ayala underpass and a semi-decent bus all figured in this funky, somewhat incomprehensible (because of the overlapping voices) telling of the tale of a boy who falls for the wrong girl.

Song Facts: The song is from Pedicab’s second studio album Shinji Ilabas Mo Na Ang Helicopter, which was released in 2008. The dance-punk band scored once more with this catchy track on FX commuter complaints, awkward moments, and complex dating rituals.

Musical Setting: Veering away from the obvious choice of shooting the video inside an FX, Pedicab aimed high and went crazy inside a helicopter. Wearing neon, star-shaped, and pencil-adorned glasses, the band went sightseeing all over the metro. Ayala Avenue, SM Megamall, SM Mall of Asia, Aliw Theater, Bangko Sentral ng Pilipinas, Rizal Memorial Stand, Araneta Coliseum, Market! Market!, C-5, Eastwood City, White Plains, LRT, and NAIA Terminal 3 are just some of the places and roads they hovered over.

Julianne Tarroja Bamboo Gloc 9 Hale Pupil Pinoymusic Opm Eraserheads Sandwich Cambio Us-2evil-0 Pedicab Manila Metromanila Songsaboutmetromanila Musicvideosshotinmetromanila
Your Guide to Thriving in This Strange New World
Staying
In? What to watch, what to eat, and where to shop from home
OR
Heading
Out? What you need to know to stay safe when heading out