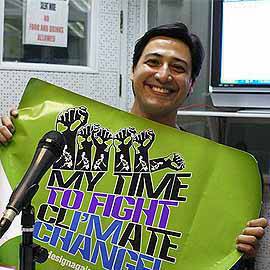 Illac Diaz on the Design Against the Elements Competition: the answer to disasters like Ondoy

This time last year, most of metropolitan Manila was submerged in water from the devastating effects of the most rainfall the country has seen since 1972. Typhoon Ondoy’s rainfall--341 millimeters of rain in six hours--created massive floods and paralyzed most of Metro Manila for atleast three days.

Countless lives and property were lost, and volunteerism became the norm. Bernie de Leon of the Philippine Atmospheric, Geophysical and Astronomical Services Administration (PAG-ASA) told media last year that the heavy downpour might be "a manifestation of climate change. It's not conclusive but it could be one of the reasons." 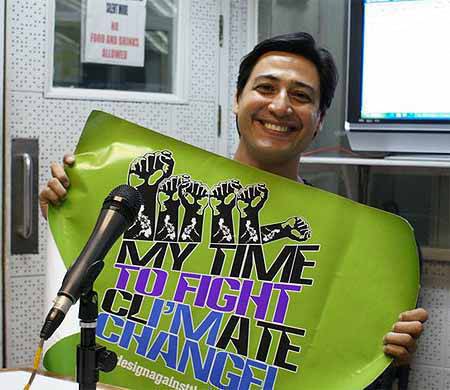 For Illac Diaz and the folks at MyShelter Foundation, Typhoon Ondoy, was a rude awakening and the biggest reason to convince everyone to do their bid for climate change. Diaz, former commercial model, one of CNNo.go’s 135 People to Watch and staunch advocate of social entrepreneurship told SPOT.ph last year after Ondoy, "We have to take responsibility...The best way to start to mitigate this is to build better architecture as the frontlines of climate change."

His answer to being "prepared for the storm" was the competition dubbed Design Against the Elements (DAtE).  Launched last March 2010, the competition is a partnership between the Climate Change Commission, the City of Taguig, San Miguel Properties, United Architects of the Philippines (UAP) and MyShelter Foundation and hopes to generate design ideas for building disaster-resilient communities. Open to registered and licensed architects (Category 1) and to students (Category 2), the winning design will be used to build a community for the urban poor in Taguig. The completed project will likewise serve as a prototype for communities around the world  to consider green architecture as an essential part of building for cities with climate change in mind. 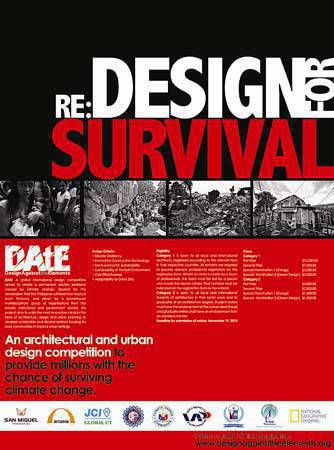 The  first  prize  winner  for Category  1 will  receive  a  $10,000  reward,  and  have  his  or  her  design  built while the winner for Category 2 will receive $3,000.  So far, the competition has received more than 200 entries from both local and international architects around the world, Diaz shares.

The deadline for submission for entries is on November 19, 2010.

Ondoy Typhoonondoy Designagainsttheelements Climatechange Illac Diaz
Your Guide to Thriving in This Strange New World
Staying
In? What to watch, what to eat, and where to shop from home
OR
Heading
Out? What you need to know to stay safe when heading out