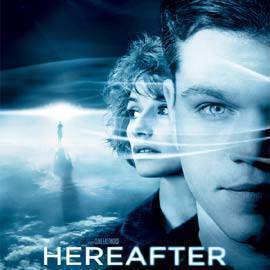 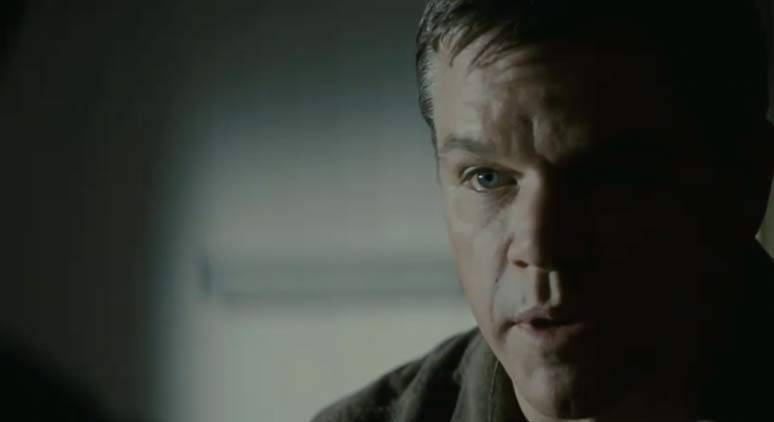 Matt Damon plays a psychic in the Clint Eastwood thriller

The trailer for Clint Eastwood's new directorial opus, Hereafter, hints at a movie that's similar to The Sixth Sense. It shows Matt Damon, playing reluctant psychic George Lonegan, catching glimpses of wandering souls when he holds the hands of clients asking for word from their dearly departed. There are also eerie shots of a beautiful woman suspended in water like a drowning victim from the Titanic, and a catastrophic flood gushing down the dusty road of what looks like a Third World country. Could Hereafter be a movie about a man who foresees the end of the world? Or is the trailer simply a ruse to conceal what the film is really about? It's actually the latter, and the fact that Hereafter turns out to be a very different film from what its trailer promises may disappoint some viewers.

Hereafter follows three characters living in separate countries who don't know one another. There's Marie (Cecile de France), a French journalist who nearly dies in Thailand when she's swept away by the Indian Ocean tsunami of 2004.  There's Marcus (Frankie & George McLaren), a middle-class schoolboy whose twin brother Jason (also played by Frankie & George McLaren) dies while trying to escape from a bunch of bullies on the streets of London. And finally, there's Matt Damon as George, a blue-collar American who lives in San Francisco. We discover that prior to his job at the factory where he now works, George used to make a good living being hired by clients to speak to their dearly departed. But he couldn't cope with the devastating revelations about his customers that his gift (or curse, as he sees it) made him privy to, and he stopped using his clairvoyant powers. And so, we have three fascinating characters who are haunted by death in different ways living in Paris, London, and San Francisco, and you trust that Academy Award winning director Clint Eastwood (Unforgiven, Million Dollar Baby) will take you on a riveting, paranormal journey that will make the paths of these intriguing people converge somehow in a satisfying climax.

The film begins quietly using Eastwood's celebrated, understated, no-frills style. As we hear the sad sound of a guitar playing on the soundtrack, we then see a man as he wakes up in the room of a beach resort in Thailand. The man discovers that his companion, Marie, has gone shopping for the morning. Cut to Marie walking in a street near the hotel, looking at souvenirs. A minute or so later, without even suspenseful music to warn the audience, a devastating tsunami hits the area, engulfing everything in its path, including cars, homes, and hundreds of people, including Marie. It's a spectacular, visual effects tour de force, done without the overdramatized overkill of, say, Roland Emmerich, who has directed similar scenes in 2012 and The Day After Tomorrow using fast cuts and wrath-of-God music blasting the theater speakers. The restraint Eastwood uses in the filming of this tsunami sequence- especially in his sparing use of music- is admirable, and it's this restraint that gives Hereafter a unique freshness in its first half.

After showing that Marie has been miraculously brought back to life after being swept by the flood, the movie introduces the London twins, Marcus and Jason. Their first sequence is no less fascinating to watch compared to Marie's, despite it's not being propped up by a cinematic natural disaster. It's just a charming scene of two brothers having their picture taken at a studio so they can give the photo to their mom as a birthday gift. Later, though, we see that their mother is a substance abuser, and she's in danger of losing the twins to Child Services. So far, so good.

Finally, there's Matt Damon's intro as George. In another beautifully restrained scene that's set in an apartment building in San Francisco, George demonstrates that he truly is a psychic when he makes contact with the deceased father of Christos (Richard Kind), a friend of his brother's.

With the establishment of these three fascinating characters of different ages, genders, and nationalities, Eastwood and his scriptwriter, Peter Morgan, have intriguingly laid the foundation for a movie that up to this point is still giving us what the trailer hinted at, namely, a psychic thriller about a man who sees and talks to dead people.

About forty minutes into the movie, however, the underplayed simplicity of Eastwood's storytelling begins to take its toll, causing boredom to creep in. Save for a brief but unforgettable appearance by Bryce Dallas Howard as a woman who's attracted to George, and the shocking intrusion of the London bombings of 2005 into the plot, there's not a lot that sustains the viewer's interest. These scenes aside, the only thing that will keep you awake is your desperate hope that Hereafter will impress the hell out of you when it reveals how the lives of the three major characters will converge during the climax.

Does the climax deliver? When Marie, Marcus, and George finally meet 110 minutes after the movie began, any drowsiness you may have felt up to that point is bound to vanish, because the payoff is just around the bend. But when the movie concludes, you'll probably react the way I did, which was to simply ask, "Is that it?" If, like me, you were expecting some kind of a supernatural pay-off to the story's intriguing set-up, the sad truth is that there is hardly anything ghostly or spooky about the ending. In fact, the ending of Hereafter feels like the ending of a movie from a totally different genre. Also damaging to the movie is the very intrusive musical score which accompanies the film's final moments, which effectively negates the quiet restraint which Eastwood used throughout the movie. The movie is called Hereafter, but the ending could easily have been called Afterthought.