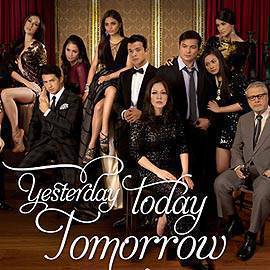 What We Do For Love: Yesterday, Today and Tomorrow 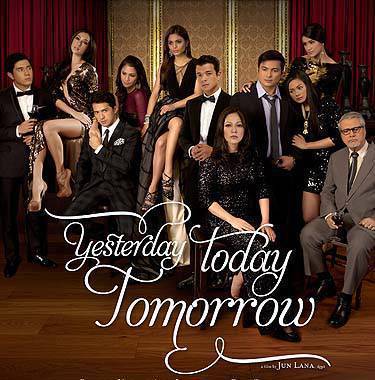 (SPOT.ph) The Metro Manila Film Festival handed out the awards last December 28, including strange "special" ones like "Kutis Ganda" and "Sexiest Appeal". Predictably enough, period gangster biopic Asiong Salonga won lots-including Best Picture, Best Director, Best Screenplay, etc. It also seems that the win has already boosted ticket sales for Asiong, leaving Regal's much beleaguered intergenerational drama Yesterday, Today, Tomorrow languishing at the bottom of the box office list. Disqualified at the last minute by the MMDA for changing the original pre-approved script, YTT was not eligible to compete in four categories. Maricel Soriano, who won the best actress award for her role in this movie as an embittered and highly strung female television executive (I tried to keep guessing who they were satirizing), did not show up for awards night to show support for the movie's producer, Regal Films matriarch Mrs.Lily Monteverde. Anyways, a little controversy never hurt the MMFF. (These days the scandals are quite tame compared to the "Take it, take it" fiasco from the nineties.)

A multi-story melodrama with appropriately "aspirational" characters, Yesterday, Today,Tomorrow (written and directed by Jun Lana) should have perhaps been released in January, to start off the year, instead in December to compete for attention with the rest of the MMFF circus.While not as iconic as the Mano Po series, it certainly has its own sort of glamour-much of it from the all-star cast, headed by Ms. Soriano and Gabby Concepcion, who is still a great hammy hunk of a leading man. Maricel, meanwhile, cannot tone it down for anything. It's a whole lot of teleserye-style acting, confrontation scenes, and sampalan galore. Rich people acting like fools.What's not to love?

The younger actors in this movie-Lovi Poe, Carla Abellana, Jericho Rosales, Dennis Trillo,Paolo Avelino and Solenn Heussaff-are a good-looking bunch to be sure. Only they resort to too much overacting, except perhaps for Solenn H. who is very much a natural on screen. But all these young stars can churn out the requisite tricks: pretty crying, ugly crying, or gazing mistily into the distance. With veterans in the cast such as the original Regal babies who are now almost middle-aged, Ronaldo Valdez and Agot Isidro, Yesterday, Today, Tomorrow is a soap operatic ensemble piece with a surprisingly realistic ending. Bring some tissues, there are genuinely touching moments somewhere in the movie along with the unintentionally funny ones.

To wash away the taste of melodrama, I think I'm going to want to see My House Husband.I like the Santos-Agoncillos and I really want to see Eugene Domingo in her Best Supporting Actress role as the hot/desperate neighbour.

Mmff Metromanilafilmfest2011 Yesterday Todayandtomorrow
Your Guide to Thriving in This Strange New World
Staying
In? What to watch, what to eat, and where to shop from home
OR
Heading
Out? What you need to know to stay safe when heading out