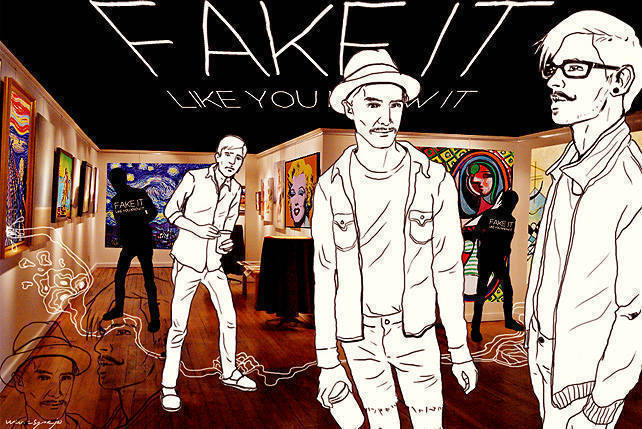 Fake It Like You Know It: The SPOT.ph Guide to Art Appreciation

If you’re intimidated with art, and artists make you nervous, this article’s for you. 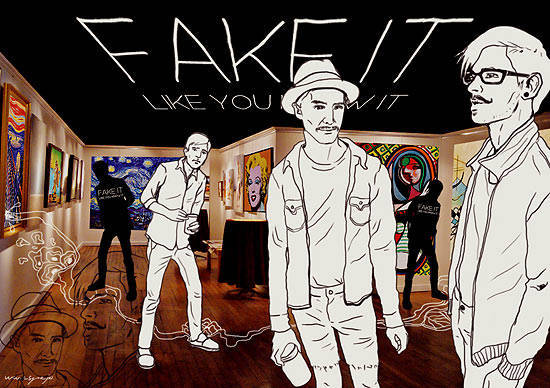 (SPOT.ph) If you're intimidated by the prospect of starting a conversation at an art opening because you don't know much about art, faking it is your only option. Fedora wearing hipsters and know-it-all art nerds in their Ray-Ban Wayfarers will judge you. They'll probably make fun of your shoes (LOL at your espadrilles). You could bring up how great the latest episode of Game of Thrones was, but eventually the conversation will steer towards the art. And though you think people are speaking English, it's actually a foreign language referred to as International Art English. Don't be discouraged though, because it's not as difficult as it seems.

Here are some basic things to know in order to navigate the treacherous, constantly shifting landscape of contemporary art:

A. Know the overall breakdown of art movements. It’s best if you start from the present and move back in time (as in a curveball, some movements overlap with one another).

1. An Academy Award winning actress sleeping in a glass box in a major American museum is Postmodern.

2. Squiggly lines or a block of color is Abstract Expressionism (from now on, refer to it as Ab-Ex). 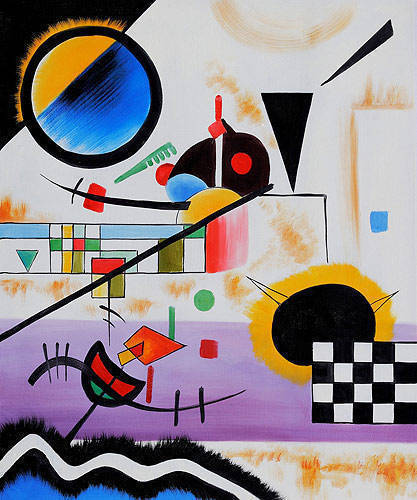 
4. Surrealism is weird, creepy, or unnerving (possibly even all three).

6. Geometric bodies with appropriated African masks is Cubism. However, if it's an African (or any non-Western) artist appropriating Western motifs, it's derivative and unoriginal. The nerve of those so-called foreign "artists."

7. If from far away it looks okay but up close it's a big old mess, that's Impressionism (or Pointillism). 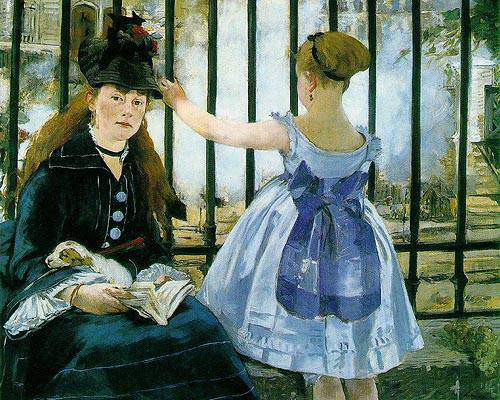 Essentially each movement is a kind of response to the one(s) that precede it. Abstract expressionists were responding to the emotional intensity of Expressionism, the non-figurative aspects of Cubism, and Surrealism's interest in the subconscious.

There's more to it than that as there were specific issues and historical nuances that went beyond the actual art, but you're faking it, so what do you care? If you want to impress/confuse/piss people off, refer to things as being Post-postmodern (or even better, Post-pomo).


B. Oil, acrylic, tears, or excrement?

Most paintings are done in either oil or acrylic paints, with the major difference between the two being drying time. Oil stays wet longer whereas acrylic dries quickly. However, some artists were willing to experiment and try new paints. American Abstract Expressionist Jackson Pollock worked with gloss enamel paints, which at the time were used for industrial purposes or household interior decorating.

Nowadays, when we talk about contemporary art, you never know what it could be made from, so knowing or being able to identity a work's medium doesn't matter so much. The label will tell you what it is anyway, so unless it's something interesting like the artist's own blood, no one cares. An exception is if you attach genitalia or elephant poop to a religious icon, then you're in trouble.

C. Who's who in art history

How important is it for you to know the difference between Manet and Monet? Not so much. But just the same: Both were considered Impressionists, with Manet focusing more on people (his most famous painting is a portrait of a naked French prostitute named Olympia), while Monet is known for landscapes with water lilies. What is important to know is that some artists, like Manet and Monet, were pivotal figures because they marked a change in style or led the transition between movements. Also, they're different because of the letters "A" and "O." 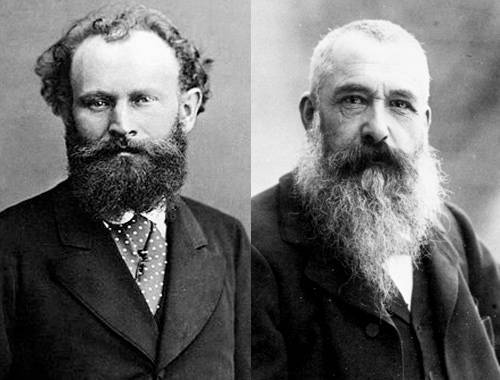 On the left is Manet, on the right is Monet

Everyone knows Picasso, Van Gogh, Kahlo, Koons, and Hirst (if you don't, best find out or you're screwed). But don't be afraid to drop names like Opie, Walker, Morimura, and Anatsui. That actually sounds like a cool law firm. Mention something like, "Have you seen El Anatsui's latest work? Such a departure," then walk away and pretend to stare intensely at a napkin on the floor. It's just trash but if you walk around it and crouch down to get a closer view, it's now an installation and you just became a performance artist.

You will come across phrases like "central core imagery," "pressing realities," "post-colonial and gender identity issues." To pretend like you know what you're talking about, combine them into one or two sentences. For example, "I think her work struggles with the pressing realities of our contemporary selves, especially when her more figurative portraiture diminishes the agency of central core imagery. The criticality of her work regarding fractures between post-colonial gender identity issues and space is astounding." No one will understand but they'll nod and pretend that they do so as to not look like a plebeian. This is a major criticism of International Art English. It is purposefully confusing and insane, a wordy puzzle inside a vague riddle wrapped in a pretentious enigma. Don't feel bad if you don't get it since the rest of the art world probably doesn't either.

Unless you're a graduate student or a Ph.D candidate in Early Baroque Art, no one expects you to know everything. Yes, some people live and breathe art. They spend Friday evenings reading Immanuel Kant's thoughts on aesthetics, but they're also regular human beings who just happen to wear black-rimmed glasses and skinny jeans. If you're willing to offer your honest, genuine opinion about the artwork, they won't care that you know nothing about the work's formalist aspects or its importance in the art world. They will, however, still make fun of your shoes (seriously, espadrilles don't look good on anyone).