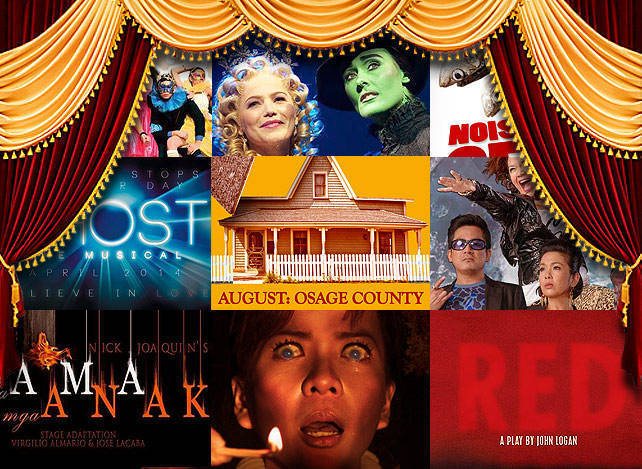 Witches, ghosts, and cocks? Oh my! 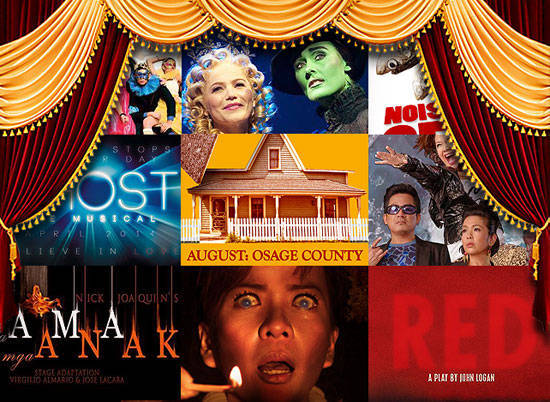 (SPOT.ph) The year 2013 was booming for the Philippine theater industry. We produced award-winning stage dramas and original Filipino musicals that increased both ticket sales and appreciation for theater. Fresh off that success, here are the local productions and musical adaptations that are absolute must-sees in 2014, plus one grand flown-in musical that’s guaranteed to defy gravity. 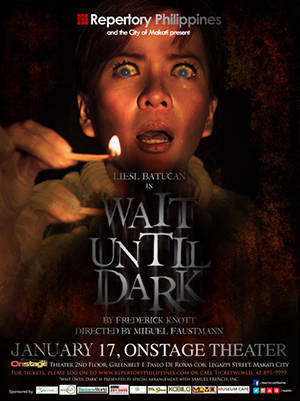 Synopsis: Based on the 1967 Alfred Hitchcock movie that starred Audrey Hepburn, Wait Until Dark is a thriller about a blind woman named Susy who is terrorized by crooks Mike and Croker, who work for a sinister boss named Roat. Turns out, Susy's husband Sam has been carrying a doll filled with heroin, and Roat attempts everything just to get that doll back, including squeezing information out of Susy through violent means. 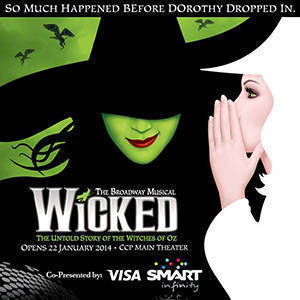 Wicked: The Untold Stories of the Witches of Oz

Synopsis: Glee’s overkill aside, Wicked’s award-winning musical score has captured audiences all over the globe. This musical tells the story of Oz long before Dorothy dropped in. Two girls-one born with emerald-green skin, smart, sensitive, fiery and often misunderstood, and one born with porcelain skin, vain, popular and ambitious-end up as unlikely friends in campus. Watch their journey unfold as one ends up becoming Glinda the Good, and the other, The Wicked Witch of the West. 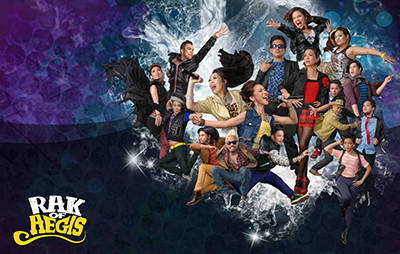 Synopsis: PETA Theater adapts ’90s band Aegis’ hit tracks such as "Basang-basa sa Ulan," "Halik," and "Luha" into an original Filipino musical. The story centers on Aileen, a mall promo girl who is torn between romance and seeking fame to support her family. She lives in the flooded village of Villa Venizia, the residents’ resilience adding another layer to this comedy drama. Rak of Aegis is directed by Maribel Legarda, written by Liza Magtoto, and musically arranged by Myke Salomon. 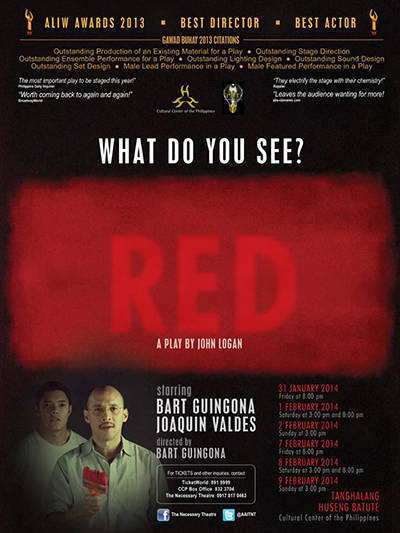 Purchase tickets via Ticketworld and The Necessary Theater

Synopsis: For those who missed it, this award-winning bio-drama will be back for one last time in 2014. The play is about abstract expressionist painter Mark Rothko (and his fictitious assistant who engages Rothko) in arguments and conversations that help the audience understand the relationship between the artist and his creations, as well as the circumstances that led to his suicide. 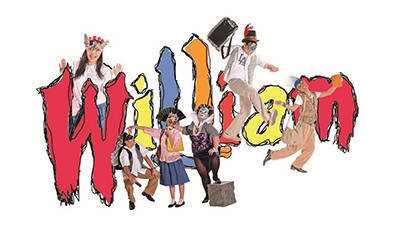 Synopsis: Targeting a young, modern audience, this hit musical by Ron Capinding turns Shakespeare's words into a smooth combination of rap, rhythm, and hip-hop. See the Bard go through a modern makeover, with a touch of nosebleed! The play touches on themes of adolescence, parents' unconditional love, and friendship to help hone the minds of young Shakespereans. 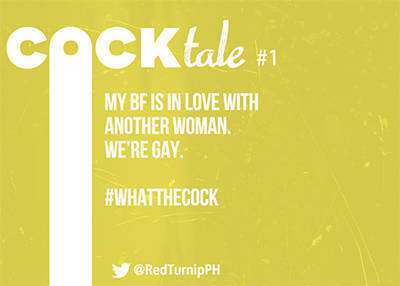 When: Opens in February

Synopsis: Alternative theater group Red Turnip follows the success of last year's staging of Closer with Cock, a comedy by Mike Bartlett. When John and his boyfriend M break up, John meets and falls in love with the girl of his dreams, W. Confused, John decides that there is only one way to straighten out this dilemma. Director Rem Zamora takes this punchy plot through a range of emotions for Red Turnip's signature intimate audience. 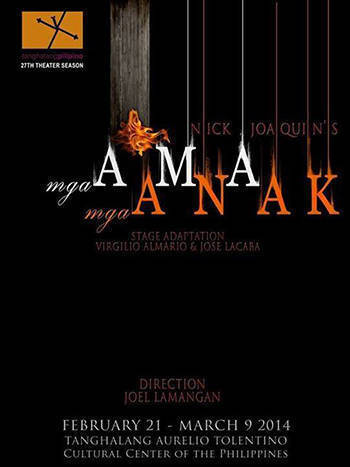 Synopsis: National artist Nick Joaquin's Fathers and Sons is adapted into a three-act play by National Artist Virgilio Almario and Pete Lacaba. Directed by Joel Lamangan, this drama features Bessie, a feisty young prostitute who becomes the kept woman of Don Zacarias Monzon. Bessie and another outsider, the daughter-in-law of the old man, are the only ones who seem to bring sense and dignity to the Monzon ancestral house. 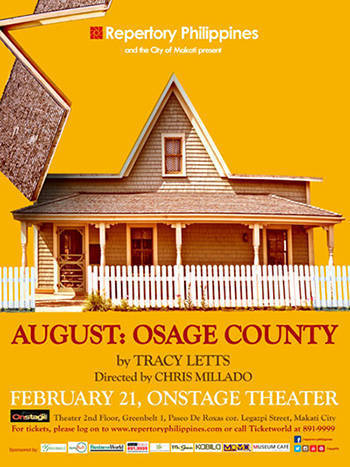 Synopsis: This American drama tells the story of the strong-willed women of the Weston family. A family crisis brings them back to the Oklahoma house they grew up in, and back to the emotionally unstable people that raised them. A dark comedy, August: Osage County looks into the intertwined lives of a dysfunctional family. 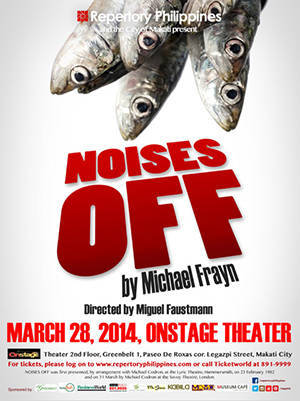 Synopsis: A play within a play, Noises Off is performed in three acts. It starts in the middle of a tech/dress rehearsal of a theater company working on Noises Off, a sex farce where two couples cross paths at a country manor. See how an ambitious director and his set of mediocre actors try to pull off this comedy play within... a comedy play.

When: Opens in April

Synopsis: The 1990 romantic drama that had women cutting their hair in the hopes of being half as gorgeous as Demi Moore was adapted into a musical for West End in 2011 and Broadway in 2012. Fans can relive the love story between corporate banker Sam and ceramic artist Mollie that transcended death. We can't wait to see how Atlantis will bring to life the unique special effects of this musical, from the New York subway scene to the iconic pottery sequence.

Theater Peta Ccp Wicked Cock Rakofaegis Waituntildark William Red Mgaamamgaanak August Osage County Noisesoff Ghost
Your Guide to Thriving in This Strange New World
Staying
In? What to watch, what to eat, and where to shop from home
OR
Heading
Out? What you need to know to stay safe when heading out