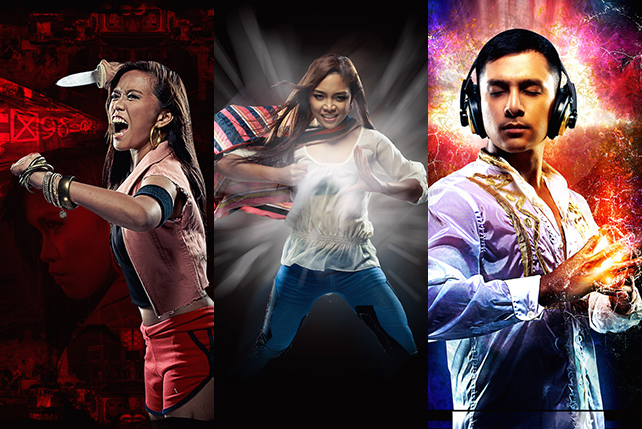 Meet the legends behind the characters from Ballet Philippines’ Manhid 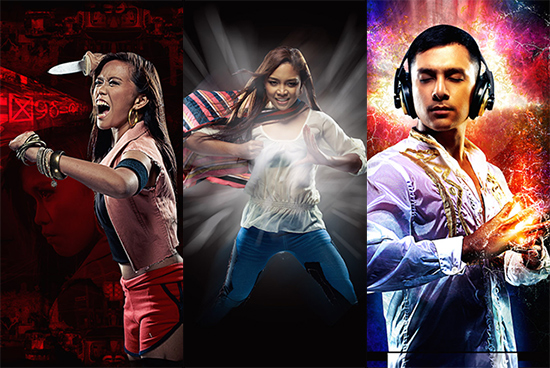 (SPOT.ph) Ballet Philippines has gone epic and by that we mean that they’ve dusted off the 1991 musical Manhid-which also features characters based on various epics from different ethnolinguistic groups in a world where the People Power Revolution failed. Pay particular attention to the "s" pluralizing character because there are nearly 20 personalities singing and dancing onstage. There’s a god who likes to eat humans, brothers looking for love (or just chicks), and a knockout princess that you have to knockout to marry.

We’re excited to see the grandness of Kanakan Balintagos’ vision (under the direction of Paul Alexander Morales) and what songs composed by the Eraserheads sound like when done by the Radioactive Sago Project. More importantly, the musical is also an opportunity to answer the question, "How important is the People Power Revolution?" There’s an intriguing handful of people who now boldly extol the Marcos administration and, surprisingly, a few cynics who no longer believe in the good the protest in EDSA brought. Now seems to be a good time to listen to that thing people always say: "It’s important to remember history."

For example, if you don’t explore, you’re going to miss out on these badass heroes. Did you know that we have a hero that was so unbelievably handsome, he was exiled from his kingdom? 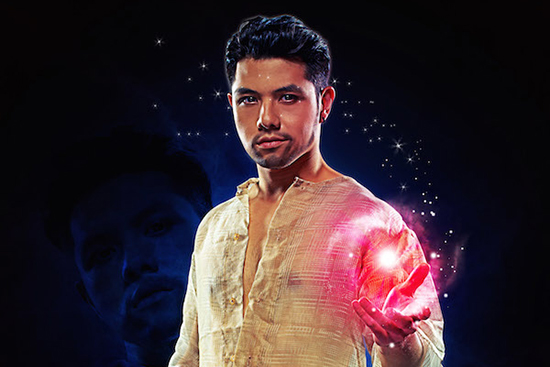 Origin: The Legend of Lanao Lake

Badassery: There were once two princes (that's where the word raja comes from, FYI), Soliman and Indarapatra, who set out to kill the giant Umacaan who was horribly addicted to eating humans. Soliman journeyed first, but was bested and killed by the giant. Upon learning his fate, his brother, Indarapatra, vowed to avenge him.

The fight between Indarapatra and Umacaan was a pretty fierce one; it is said that the small islands and hills around Lanao Lake came from the dirt/clay balls that Umacaan hurled to try to kill Indaraptara. But ultimately, with the help of his magic sword (which can wound and cause damage from a distance), Indaraptara won the battle.

A pretty straightforward tale of revenge and monster-murder, but anyone who can kill a giant believed to be several kilometers tall is a badass in our books. 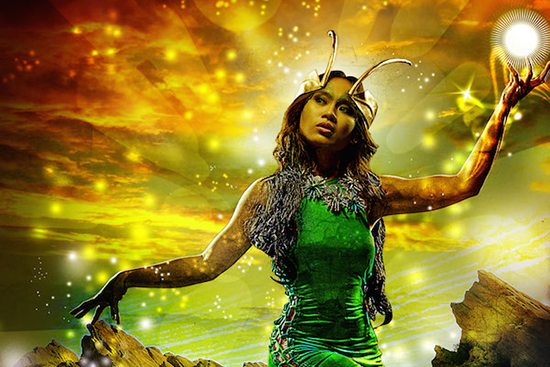 Badassery: Princess Urduja's story, whether historical or mythological, is pretty dubious. Was she real? We're giving it a big fat no (unless evidence of her existence surfaces, of course). But she's one of those characters that pop up whenever someone mentions Filipino folklore. So, why not, right?

Let's get straight to it; the most badass thing about Urduja is that if you want her hand in marriage, you need to best her in a fistfight. Definitely gives a new meaning to the term "a love worth fighting for." There was more to her story but we forgot everything about it when we reached the fistfight bit.

If you want her, then you should put (her on) a ring (and knock her down) on it! 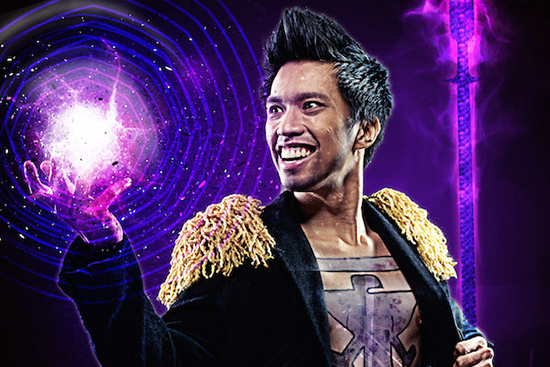 Origin: Legends about night and day

Badassery: Apolaki's here mainly because of his name. Apolaki. Man, that sounds badass. Apolaki. Then we learned that he's the sun god, too. Badassery times two! And then we learned that he scooped another goddess' eyes out because he really wanted to rule the Earth. Ummm. That's pretty sick...but badass nonetheless, right? We need counseling. Anyway, Apolaki did learn to share Earth with Mayari (the goddess whose eyes he scooped out); he rules during the day, and Mayari rules at night. 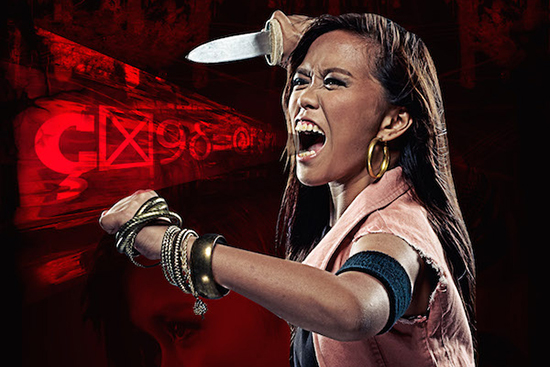 So, why is Alunsina a badass? Because she didn't settle for a man who didn't treat her right-even when no other guy was around. 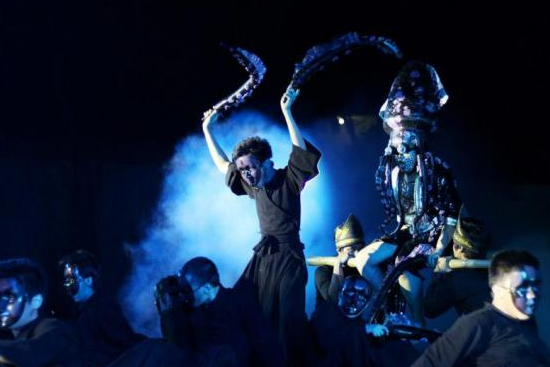 Badassery: A good part of the Hinilawod is about Labaw Donggon, Humadapnon, and Dumalapdap and their quest for chicks. Oh, did we say chicks? We meant true love. And by true love we meant several love interests.

Labaw Donggon, Humadapnon, and Dumalapdap are three brothers. They're demigods. They are the sons of Alunsina and Datu Paubari and they're all strong and handsome. Most of their quests somehow involve them getting a new wife. It's an oversimplification of one of the world's longest epics, but that's what most of it is. Honestly.

There're quite a few good adventures from the Hinilawod but we're just listing some of our favorites. From Labaw Donggon's tales, it's when he tried to drown the Lord of the Underworld-for seven long years-to get his wife to marry him. He failed and was rescued by his sons from his two other wives. From Humadapnon's stories, it was when he lifted a giant boulder and threw it back to the mountain from whence it came to marry the town's Datu's daughter-only to go on another quest to make the Goddess of Wealth and Greed his wife (whom he only heard about on his wedding night). From Dumalapdap's passages, it was when he wrestled with the monster Uyutang for seven months. After defeating the monster, you guessed it, he got himself a wife.

Again, this is an oversimplification of the Hinilawod, but you've got to admire the lengths the heroes went to get the women of their dreams. 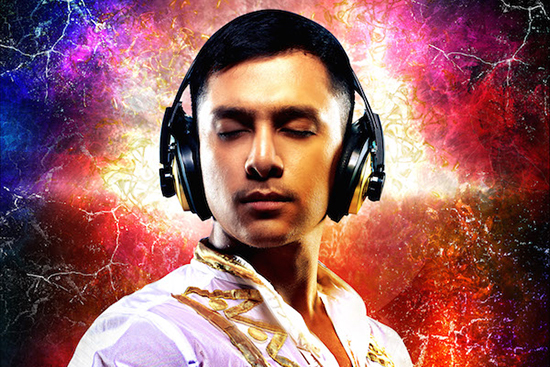 Badassery: The Darangan epic tells the story of two princes, Prince Madali and Prince Bantugan. But it's about Prince Bantugan mostly. Because he's the awesome one.

Bantugan is an intelligent, strong, and handsome warrior-slash-prince. Everybody likes him. The men admire his bravery and strength and the women adore him for being such a stud muffin. People (especially the ladies) still liked him more even when his brother became king. Because of that, King Madali declared that anyone who talks to Bantugan would be executed. Bantugan, out of loneliness from being ignored, set out to live and find happiness elsewhere. Frankly, Bantugan's the only hero we know who got banished from his own kingdom for being too damn awesome. And handsome.

P.S. Bantugan returned to defend his brother's kingdom from its enemies who attacked when news broke that he left. This made his brother Madali welcome him back to the kingdom, where he lived happily till the end of his days. 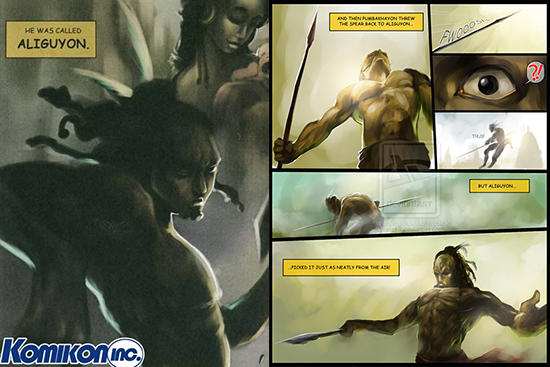 Badassery: Hudhud hi Aliguyon tells the story of the hero Aliguyon, a smart, skilled, resourceful, magic-capable warrior (who we bet is handsome too) who brought peace between two tribes.

Aliguyon was groomed by his father to be awesome while he was young. He was educated in the ways of his people, in the art of fighting, and in magic. He was elected leader of his tribe (Hannanga) at a young age and was well-respected by everyone.

When he came of age, Aliguyon set out to face his father's rival from another tribe (Daligdigan) but was met by his son, Pumbakhayon, instead. The two met and then clashed-spears for three years. That's the equivalent of 63,072 full UFC title fights, son!

The fighting only stopped when they both realized they're equally matched in every way. They became friends (and married each other's sister) and that brought peace between the two tribes. 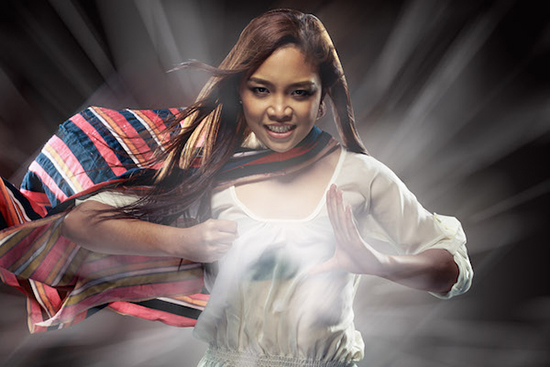 Lam-ang was born able to speak (a pretty clear sign of intelligence) so he got to choose his own name and his own godparents. He then set out to search for his father, aided with his magical rooster (who could destroy things with its crow) and dog (who could rebuild things with its bark), who have the power to resurrect their master from the dead), when he was barely nine months old (certainly beats Frodo, who left the Shire when he was 50)-and then proceeded to annihilate the tribe that murdered his father (leaving one survivor to tell of his greatness, of course). So, yeah, Lam-ang picked his name then made a name for himself at an age when other heroes are just figuring out whether they should nap or cry.

Lam-ang's other notable achievements include getting so dirty he killed all the fish in the river where he bathed, sending two boatloads of gold as dowry for the girl of his dreams, and coming back from the dead. 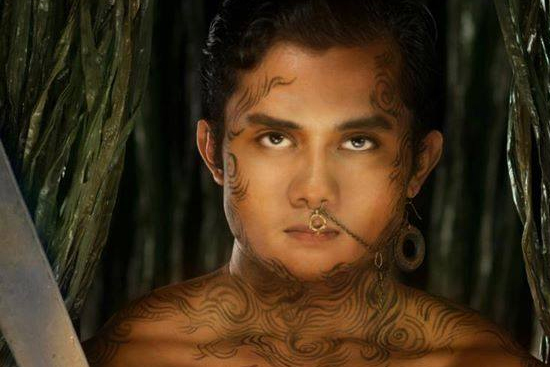 Badassery: The Ibalon epic, at its core, is about how Baltog, Handyong, and Bantong developed and brought prosperity to the land of Ibalon (Bicol); Baltog cultivated the land, Handyong, along with his friends, brought on innovations to the region, and Bantong kept the prosperity ball rolling. Oh, and they killed a slew of monsters while doing so.

Baltog slayed Tandayag, a giant boar, by wrestling it and breaking its jaw with his fist. Handyong vanquished the cyclops of Ponon, eradicated the Tiburon (giant, scaly, slimy, flying fish with saw-like teeth that could crush rocks with their mouths) , tamed the tamaraws, drove the fierce, elephant-like Sarimaw away, drove boat-sized crocodiles to extinction, and eliminated the shape-shifting serpent called Oriol. Bantong killed the monstrous Rabot with a single, well-planned blow. Pioneers and monster slayers, what more can you ask for? 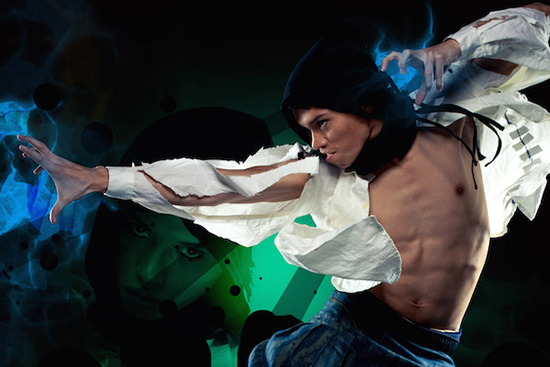 Badassery: Bernardo Carpio can be considered our Hercules. He's a really strong fellow. So strong, in fact, that it took two mountains to trap him. Anyway, there are different versions of the Bernardo Carpio lore, but we like the one where he leads a revolution against the Spaniards best as it makes him more heroic rather than just strong.

After a few successful campaigns by Bernardo Carpio, one Spanish friar, fearful they'll be utterly defeated in the revolution, decided to enlist the help of an engkantado. The Spaniards lured Carpio to a cave, on the pretense of being willing to negotiate and hear out the Filipinos' grievances. Once he was inside, the engkantado trapped him between two mountains. Regular folks would've been crushed, but Bernardo Carpio's no ordinary guy. He was, however, unable to break free. Doesn't mean he hasn't stopped trying, though; it is believed that he's the one who causes earthquakes every time he tries to escape and that he'll finally break free once our country's completely free of oppression.

Strong, revolutionary type who never stops fighting even though the odds (and the mountains) are stacked against him, Bernado Carpio's the folk hero we deserve and need. Sorry, Batman.

Heroes Manhid Philippinemythology
Your Guide to Thriving in This Strange New World
Staying
In? What to watch, what to eat, and where to shop from home
OR
Heading
Out? What you need to know to stay safe when heading out