What You need to Know About Siddhartha: The Musical

The story of the Buddha reincarnates as a Filipino performance in 2015. 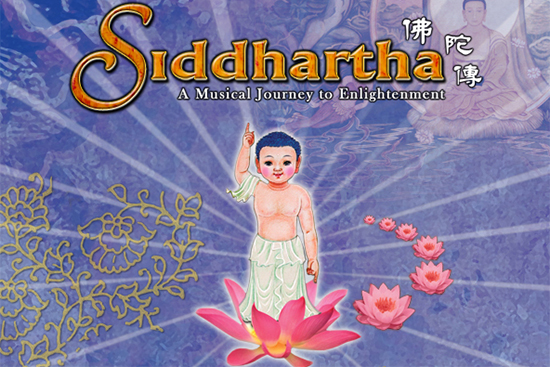 (SPOT.ph) Real-world history places the lifetime of Siddhartha Gautama from around 563 to 400 BCE, during which he learned from several prominent Hindu thinkers and founded and taught a monastic order somewhere in northeastern India, near what is modern-day Tibet. Siddhartha Gautama outgrew his destiny as a ruler from the Shakyamuni clan and instead became the Buddha, the enlightened one who would show a middle way between lavish indulgence and severe asceticism. Over 2,000 years since his lifetime, his monastic order has grown into a world religion whose central tenets find application in philosophy, psychology, culture, science, and art. One such product of Buddhist inspiration is Siddhartha: A Musical Journey to Enlightenment.

Here are a few things the seasoned theater aficionado may find interesting.

The songs are based on the work of the Venerable Master Hsin Yin.

As the 48th patriarch of the Linji Chan school of Buddhism, Hsin Yun founded the Fo Guang Shan Buddhist order in Taiwan in 1967, and he wrote The Life of Sakyamuni Buddha, the book that is the basis for the musical. Many of the lyrics in the songs are based on the venerable master's poetry.

The musical was written by Filipino composer Jude Gitamondoc.

Also known for his work on Gary Valenciano's 2006 album, Relevance, Jude Gitamondoc composed and directed Siddhartha initially in 2007 and has continued to direct its performances since then. While the lyrics are chiefly inspired by Hsin Yun's poetry, Jude has also taken inspiration from Kahlil Gibran's The Prophet. The musical also includes one composition by Bob Aves and Grace Nono. Here's a sample of the lyrics:

Siddhartha, Siddhartha! His name is Siddhartha! Forever we'll proclaim!
The world is an oyster and you're the pearl.
You're right in the center of the universe.
You've captured the poor heart of every girl. You're the star.
The world is your playground and life's a ball.
There's no need to wander beyond these walls.

The  Pinoy penchant for appropriation makes itself known here. Its melodies bring to mind other musicals, like Avenue Q or Chicago, a modern vehicle for the millennia-old mythology. Here's a clip from one of the performances:

It was first performed in Cebu.

The late Eden Tantiatsu and his wife Susan conceived of the musical with the committee members of the Cebu chapter of the Buddha's Light International Association. They invited the late Daisy Ba-ad to be the first artistic director, and of course Jude Gitamondoc to compose the music. The first public performance was held on July 6, 2007, at the Waterfront Ballroom in Cebu City.

Since then, it's been performed 55 times here and abroad.

By November 2007, a second set of performances took place at the Cultural Center of the Philippines, followed by performances in Taiwan at the Chiang Kai Shek Memorial Hall and the Fo Guang Monastery. Many more performances came after, taking place in Iloilo, California, and soon in China.

There will be two performances in Manila this year.

On July 17, the CCP Main Theater will feature a matinee and a gala for Siddhartha. Interested parties may call Christine Tan at 559-9540 with their inquiries.

It is produced by the Fo Guang Shan Foundation, Inc. and the Buddha's Light International Association.

Also founded by Hsing Yun, the Buddha's Light International Association is guided by the venerable master's vision of bringing the Buddha's wisdom closer to the lives of people and by fostering peace and harmony. With millions of members worldwide, the BLIA promotes compassion and equanimity through education, charitable programs, and cultural activities like this musical.

It promotes the Buddha's teachings to Filipino society.

Siddhartha retells the Buddha's story in a way a Filipino audience can relate to, again in keeping with Fo Guang Shan Philippines' mission to encourage a greater understanding of basic Buddhist principles in the country.

The proceeds will benefit the scholars of the Guang Ming College.

Only a year old, the Guang Ming College is the fifth consortium school of the Fo Guang Shan higher education system. The college seeks to nurture individuals by encouraging critical thinking and artistic talents, offering programs in dance, theater and performing arts, and Buddhist studies. It envisions a community of socially responsible, productive, and actively engaged individuals, and is housed at the FGS Mabuhay Temple in Manila.

Siddartha the Musical will be restaged on July 17 at the CCP Main Theater. Contact Christine Tan at 559-9540 for tickets and inquiries.