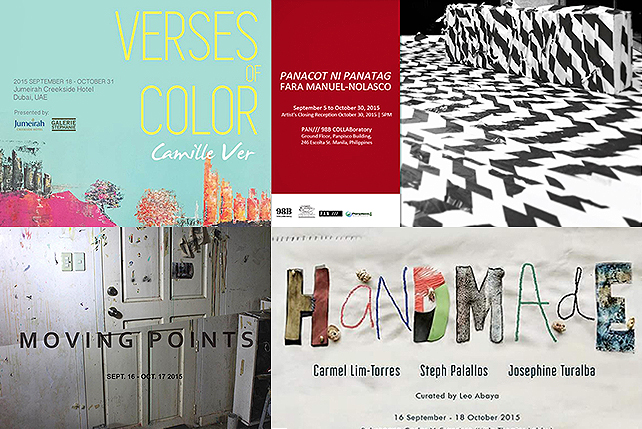 10 Art Exhibits You Should See This October

Then again, it's always a good time for a creative boost. 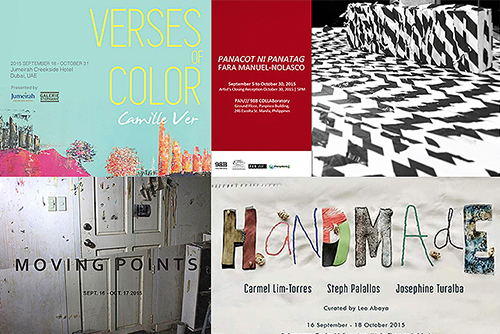 (SPOT.ph) October is Museums and Galleries Month! What better way to celebrate it than by checking out as many exhibits as you can?

Also read:
Visit the National Museum for free this month 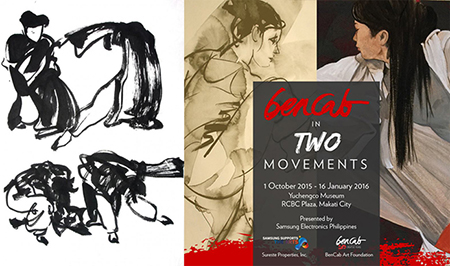 The exhibit runs until January 16, 2016 at the Yuchengco Musuem. 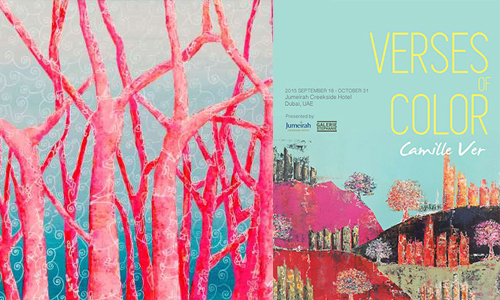 Abstractionist Camille Ver was commissioned by Jumeirah Creekside, a hotel in Dubai, to create a solo exhibition entitled Verses of Color. With her emotions as subject, she brings urban environment to life through bursts of color and defined lines.

The exhibit runs until October 31 at Galerie Stephanie. 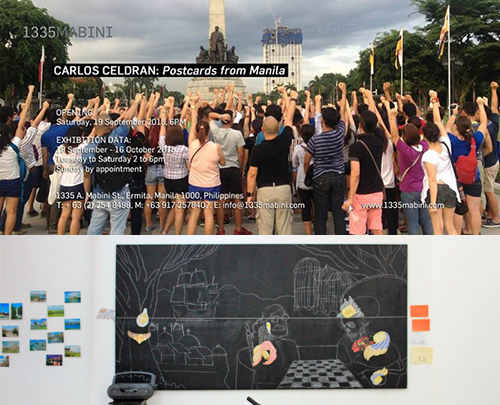 Performance artist Carlos Celdran looks back at his profession through an exhibition called Postcards from Manila. 1335Mabini will serve as the venue for installations that encourage discussion about local culture, urban life, history, identity, and national heritage.

The exhibit runs until October 16 at 1335MABINI. 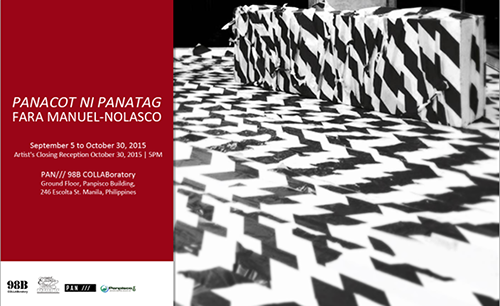 Fara Manuel-Nolasco explores metaphorical borders and how we get lost in them as we move out of our comfort zones. The artist reflects on the feeling of being lost and returning home.

The exhibit runs until October 30 at the ground floor of Panpisco Building. 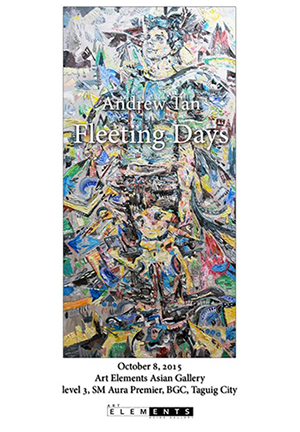 Andrew Tan is the Metrobank Art and Design Excellence (MADE) awardee for Oil Painting this year. In his series Fleeting Days, Tan portrays fleeting images by using paint and making it tactile. He plays with nostalgia and incorporates “cartoony” elements.

The exhibit opens on October 8 at Art Elements Asian Gallery. 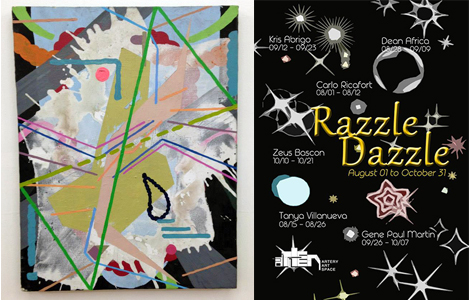 The exhibit runs until October 31 at Artery. 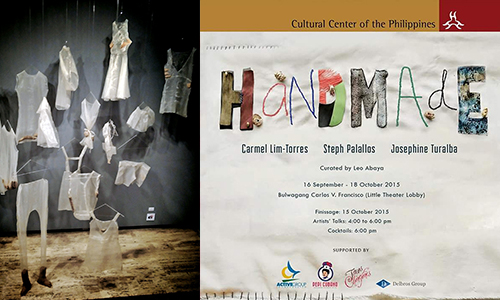 Artists Steph Palallos, Carmel Lim-Torres, and Josephine Turalba showcase their craftsmanship in a group exhibition called Handmade. The artists each express their individualism through hand-crafted contemporary pieces inspired by their own experiences and interpretations, setting aside perfection and global expectations.

The exhibit runs until October 15 at the Cultural Center of the Philippines’ Bulwagang Carlos V. Francisco.

The Cultural Center of the Philippines is at CCP Complex, Roxas Boulevard, Pasay City (ccp.exhibits@gmail.com or 832-0267). For more information, visit CCP’s website. 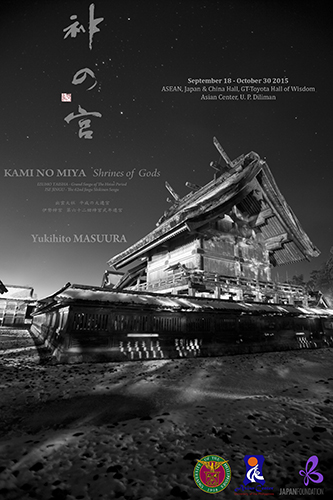 Kami No Miya: Shrines of the Gods

Yukihito Masuura captures the ceremonial practices of two of Japan’s most honored Shinto shrines—Ise Jingu and Izumo Taisha—in Kami No Miya. Masuura depicts personal battles through photographs of dark churches, which are bathed only in natural light.

The exhibit runs until October 20 at the Asian Center.

Artist couple Lendl Arvin and Johanna Helmuth presents an exhibit that illustrates their life together under one roof. The show is a visual display of the artists’ home and how their chosen craft is a large part of what brings them closer.

The exhibit runs until October 17 at Gallery 3 of West Gallery. 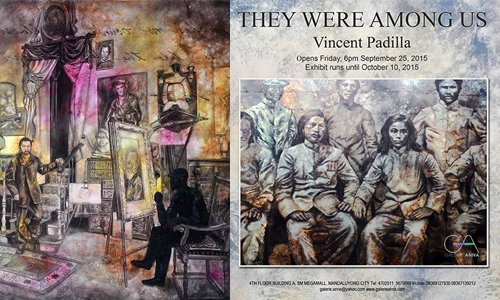 They Were Among Us

Vincent Padilla takes photograph-based paintings to the next level in his solo show, They Were Among Us. The paintings show historical public figures captured by his “lens,” as his way of recording the past. The color scheme is like that of vintage photos, but with pops of bright hues, using oil as medium.

The exhibit runs until October 9 at Galerie Anna.

Also read:
Visit the National Museum for free this month

Art Exhibit Gallery Museum Museums And Galleries Month October
Your Guide to Thriving in This Strange New World
Staying
In? What to watch, what to eat, and where to shop from home
OR
Heading
Out? What you need to know to stay safe when heading out