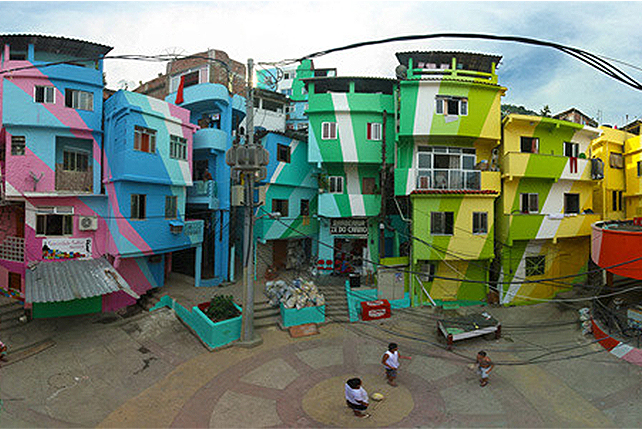 Philippines to have an art city like Rio de Janeiro's favelas

Benguet should be on your itinerary this summer.

(SPOT.ph) If you’ve been to (or plan to see) Brazil’s favelas, South Korea’s Gamcheon Village, or other “art cities” around the globe, we have good news for you. These areas were once places to be avoided, but their governments helped their local communities use art and color to create beauty, inspire, alter prejudice, and attract attention. The result: colorful lego houses, and murals on walls, sidewalks, and pavements. Soon, you won’t have to look that far—because we’re about to have an art village in Benguet.

It's common to see houses nestled on steep mountain terrains in Benguet. One of these communities is at Stone Hill, the village between La Trinidad and Baguio, and Department of Tourism Cordillera Director Venus Quinto-Tan has initiated a beautification project to boost tourism in the area. Artists from Baguio will be commissioned to transform houses into a giant mural with the help of the local community.

The project was inspired by Brazil's Favela Paint Project, initiated by artists Jeroen Koolhaas and Dre Urhahn in 2005, where the shantytowns in São Paolo and Rio de Janeiro were given a new "face" with colorful designs. 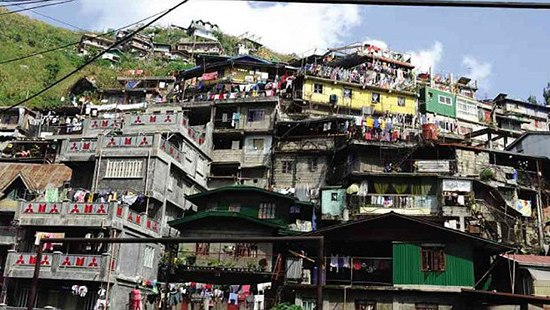 According to La Trinidad Mayor Edna Tabanda, more than 200 households in and around the area agreed to be part of the project. She also said that the local government will provide the materials, including paintbrushes and scaffolding, while the residents will do the painting. A leading paint company has agreed to provide paint. The visual plan of a giant mural of sunflowers and rainbows is designed by Jordan Mang-osan and members of the Baguio arts community, Tam-awan.

If all goes well, there will be a beautiful new sight to see outside Baguio come summer—the project is expected to be completed by March.

Photos from Inquirer.net and favelapainting.com

Art, Public Art, Dot, Benguet, Murals, Murals Philippines
Your Guide to Thriving in This Strange New World
Staying
In? What to watch, what to eat, and where to shop from home
OR
Heading
Out? What you need to know to stay safe when heading out