#LGBTQIA: It's going to be a rainbow-filled night at the Queer Arts Festival
Loading
Already a member? Log in
No account yet? Create Account
Spot.ph is your one-stop urban lifestyle guide to the best of Manila. 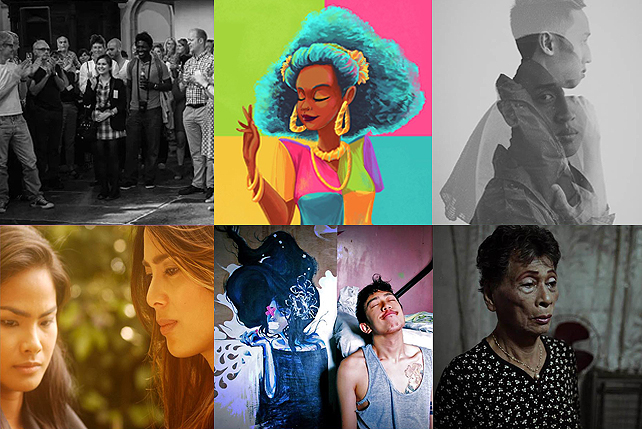 #LGBTQIA: It's going to be a rainbow-filled night at the Queer Arts Festival

(SPOT.ph) Queer (literally) implies something negative, but depending on how you understand it, it really just means different from most—and that’s pretty awesome. Celebrate with the LGBTQIA artists and community in a fund-raising festival filled with art, film, music, and poetry: the Metro Manila Pride Queer Festival 2016 entitled Queerception: A Multi-Arts Festival Within a Multi-Arts Festival. Paint the town not only red, but in vibrant colors, and enjoy yourself on February 13, 7 p.m. at the Pineapple Lab. 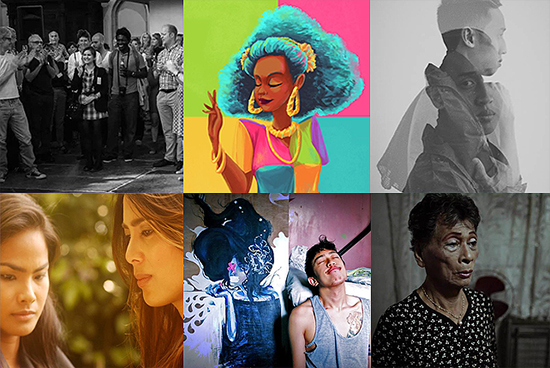 Immerse yourself in an uncensored gathering that features the works of local visual artists including Ice Basit, Fishfranqz, Tokwa Peñaflorida, and photographer Cindy Aquino. Don't miss the screenings of eye-opening films such as model citizen, an autobiographical documentary that chronicles the life of a Muslim transgender woman; Astray, a film about unrequited love between two women starring Angel Aquino and Althea Vega; and Home For The Golden Gays: The Film, a movie about a refuge for the elderly gays of Manila. There will also be musical and spoken word poetry performances. 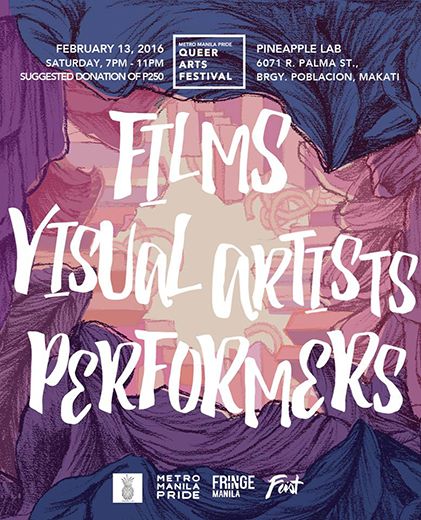