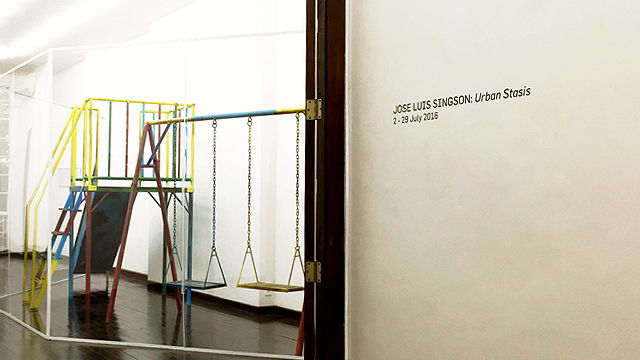 This exhibit is a thought-provoking look at abandoned playgrounds

(SPOT.ph) You've probably passed those rainbow-colored playgrounds on the streets before and ignored them. They are meant to be filled with laughing children, but they are often left abandoned. When artist  Jose Luis Singson examined these playgrounds, he experienced something more. He is currently shortlisted for this year's Ateneo Art Awards, a participant for the upcoming 4th Jakarta Contemporary Ceramics Biennale, and gallery manager of 1335Mabini.

Singson encountered both decrepit but still usable playgrounds, as well as ones that were maintained and painted. Yet he realized that, more often than not, tiny tots weren't climbing those monkey bars or riding those swings up to new heights. A month before his exhibit, he saw one playground along Taft Avenue, and the rush of feeling that filled him was the same as what he experienced when he saw the Paco Railway Station, which he had painted before. Why did a modern structure evoke the same emotions as that of a building from the American colonial period, he thought? Why did this playground feel like an artifact? 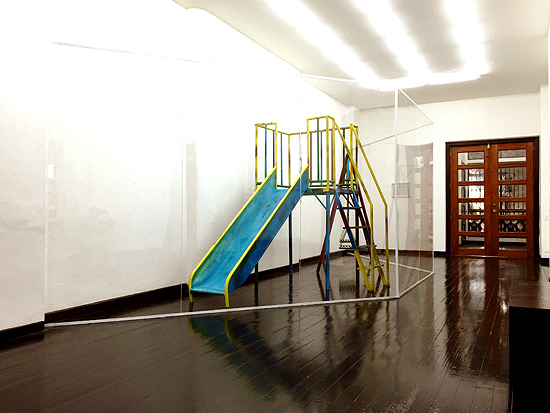 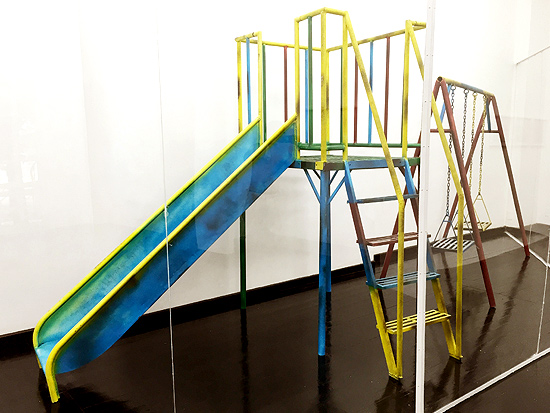 These were the questions that led him to create his exhibit, Urban Stasis at 1335Mabini. Running until July 29, the show confronts you with an actual playground built in the middle of the gallery. Singson had this custom made and painted with bright colors, adding black soot-like splatters to mimic decay. The playground is enclosed in acrylic glass, reminiscent of how museums present their artifacts. "When a utilitarian object is in a museum, you can't access it or use it anymore. You can only read about them," he said. "A playground is a relatively new structure but why does it feel like it's already out of place? It's as though it's an artifact in the making." 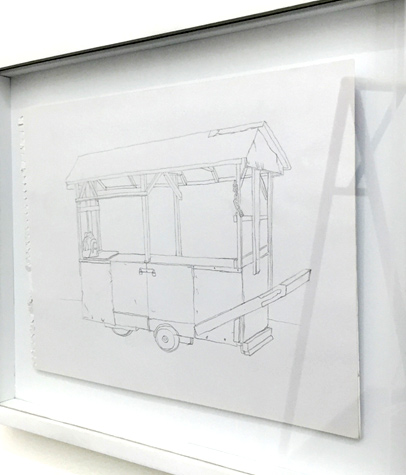 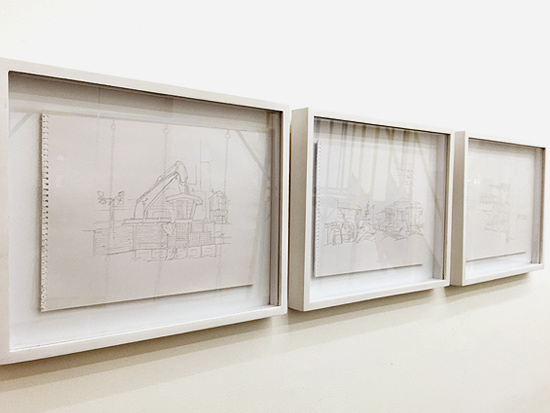 The artist pairs this huge and colorful installation with the simplicity of pencil drawings on sketchpad paper. Displayed in white frames, you can see the edge where the paper was torn from the pad. The drawings were made when he visited playgrounds in Manila and Pasay, and saw how one was being used as a place to raise chickens and how another is now the territory of informal settlers. "All eyes were on me," he said. "It was like I was trespassing." In the end, those people let him be, so he wandered around and noticed objects that were near the playground. He began sketching an old couch, a disintegrating bench, a construction site, an overpass, and the like. 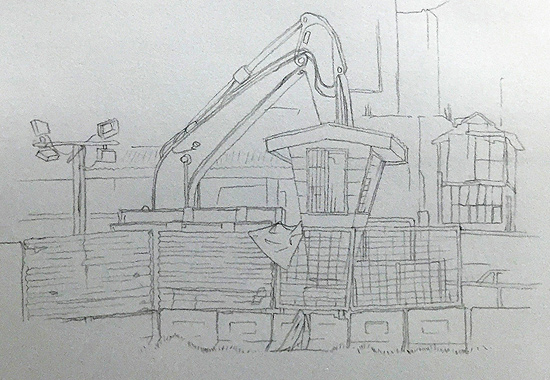 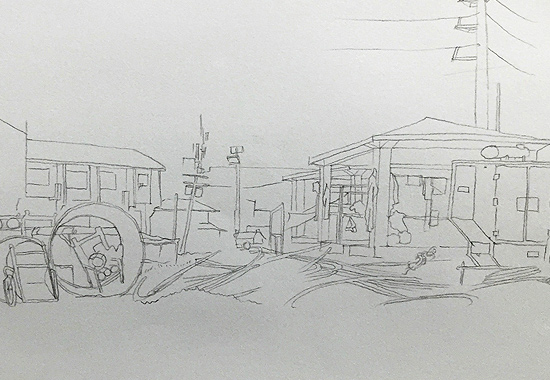 During one of his playground visits, he sat on a cardboard box and saw a silver ring in the soil. A story stirred in his mind: Maybe there were lovers who quarreled there and they threw away the ring. This sums up his instinct as an artist. He is always compelled to ask: What happened here? How did this come to be? What else can we discover here?