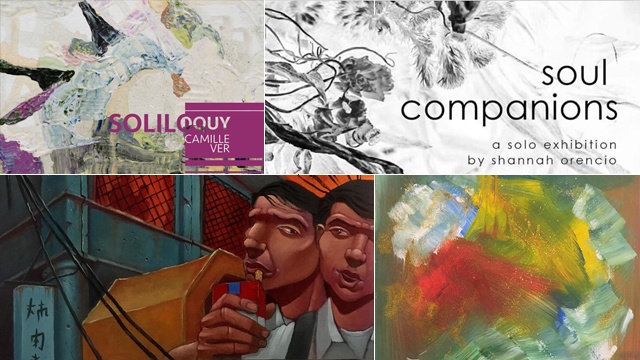 10 Art Exhibits to See This April

(SPOT.ph) Art, as most things, changes with the passing of time and major events throughout history. This is especially true for a country that has gone through centuries of colonization, a number of wars, and countless tragedies. For the month of April, we look into the various art movements and techniques that have fashioned the Philippine art landscape. 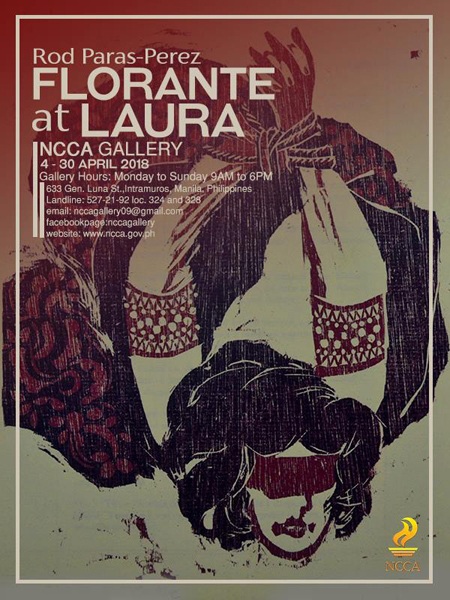 In celebration of National Literature Month and the 230th birth anniversary of Francisco "Balagtas" Baltazar, the National Commission for Culture and the Arts Gallery showcases woodblock prints depicting various scenes from the renowned Tagalog poet's Florante at Laura. These were all made by Rod Paras-Perez from the '50s to the '70s, a time when the artist was writing art books and columns on art criticism for local and international magazines. The prints also attest to his expertise in the meticulous art medium, and are reminiscent of wood carvings popular in his mother's hometown in Macabebe, Pampanga. 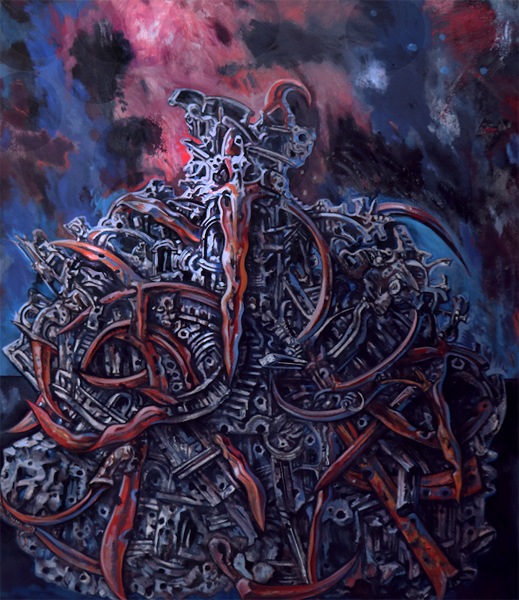 Multimedia artist Jose Tence Ruiz is known for artworks that combine various art practices such as painting, sculpture, installation, and cartooning to depict themes of the political and social landscape in the Philippines. In Vestida ng Paglaho, he zooms in on the people's incessant need for affirmation especially with the rise of social media—from posting impulsive tweets to uploading #OOTD photos. Ruiz explores this as a veil of conceit in which we hide our truest selves. 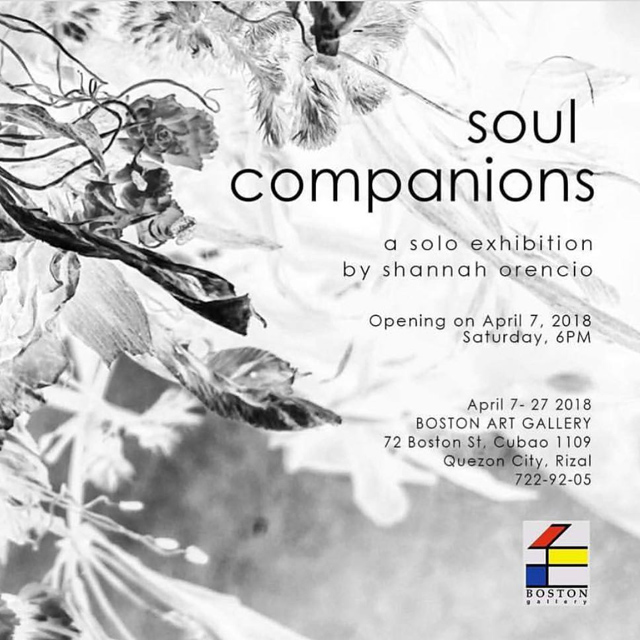 Shannah Orencio may be raised by an artist schooled in the classical form of painting, but that didn't stop her from exploring an art form she's most comfortable with. Unlike her father Jim's Amorsolo-esque approach, she relies heavily on a monotone palette with deep blacks and warmer grays to depict the reality of decay and contrast between life and death. 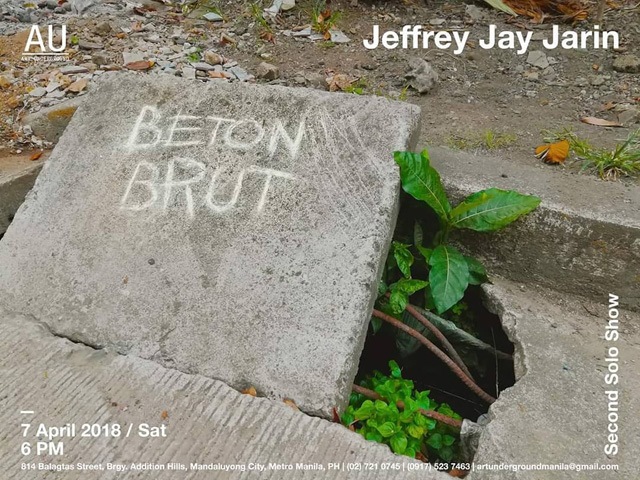 For Béton Brut, Jeffrey Jay Jarin draws inspiration from Brutalist architecture, popular from the 1950s to the mid-1970s. The style is known for its technique called béton brut—which roughly translates to "raw concrete" in French—where a smooth architectural surface made of concrete is intentionally left unfinished to expose a unique detail. Often, wild organisms and plants flourish and seep through its gaps. Jarin finds the irony in the frankness of this architecture and the continuous growth of living objects surrounding the man-made structure. 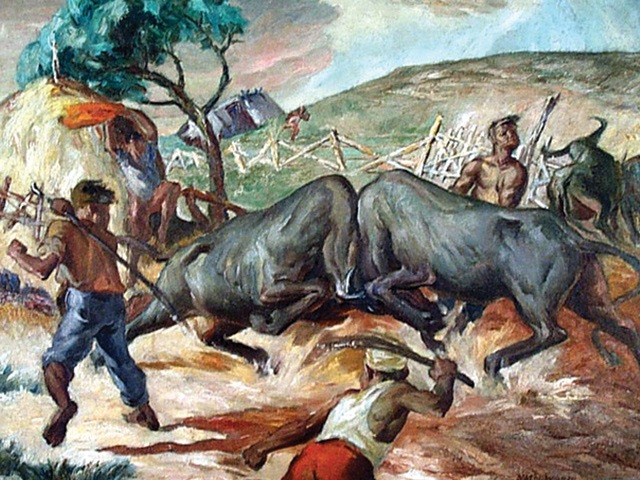 Three art repositories in the Philippines—Metropolitan Museum of Manila, Vargas Museum, and Bangko Sentral ng Pilipinas—join forces to present a two-decade history of art in the country. The comprehensive survey focuses on the emergence of "Mabini Art," a genre in Philippine painting that developed after the Pacific War. 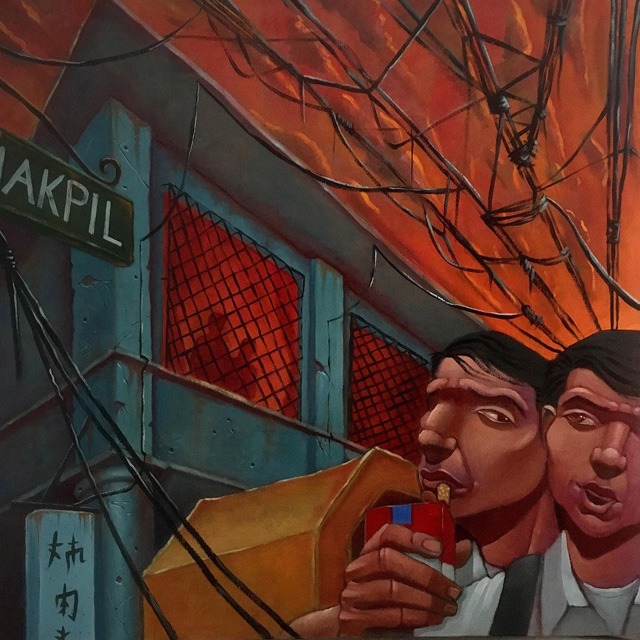 For his sixth solo exhibit at Ricco Renzo Gallery, modern social realist RV Basco takes inspiration from Freddie Aguilar's "Anak" to expose the beauty of truth despite the harshness of time. He muses, "I paint stories in a narrative way; and when I’m done adding the little details of reality like stains, cracks, rust and grime, I take two steps back and see beauty rather than madness." 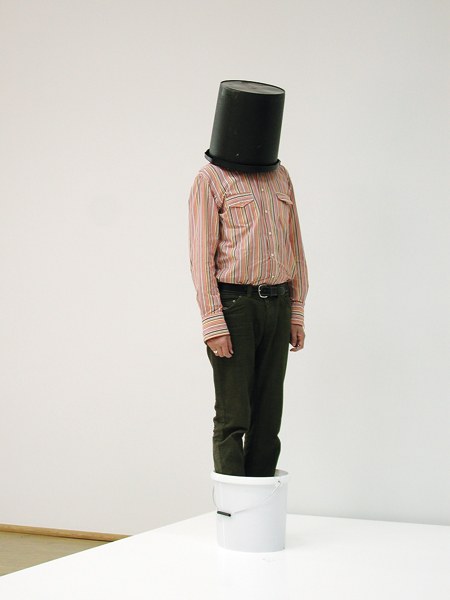 Austrian artist Erwin Wurm flies his works to the Philippines for the first time through a partnership with 1335 Mabini and Ayala Museum. He is known for his surreal and eclectic sculptural works, which viewers can touch and interact with. Most of these are made up of everyday things such as plastic bottles, oversized seaters, chairs, and basins—all of which are strategically placed, waiting for a participant to pose with the objects. 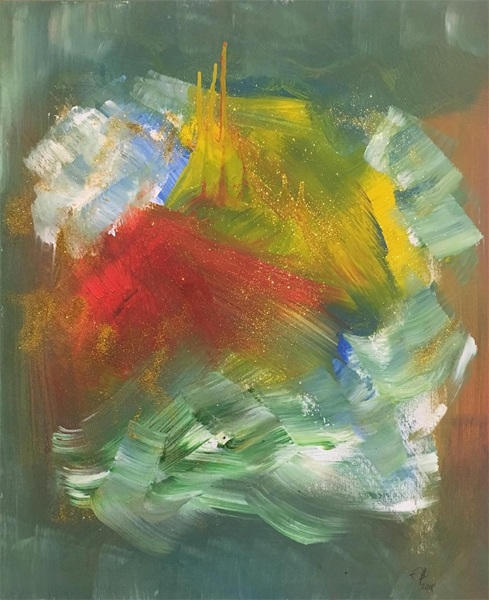 Self-taught artist Edna Babao-Ullmann from Davao holds a solo show for the benefit of the victims of the recent Mount Mayon eruption. The bright colors and free-flowing strokes in her works give a dose of positivity to an otherwise bleak existence. 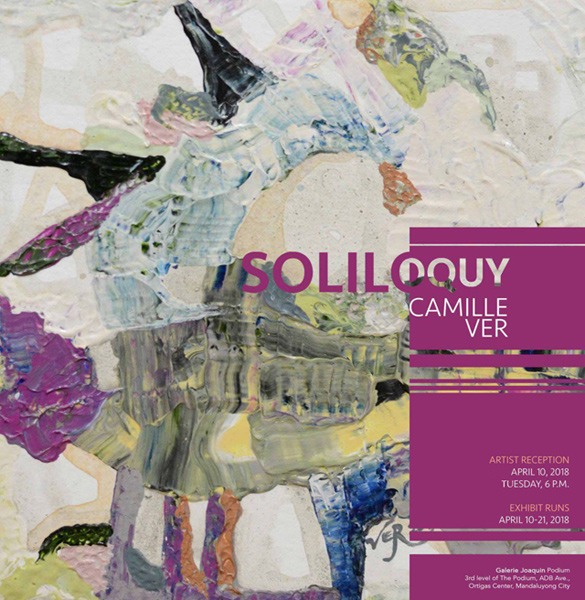 Artist Camille Ver explores new territories in her familiar style and common themes. For Soliloquy, she paints human figures in peculiar strokes as a way to confess her inner struggles and reveal her fascinations. 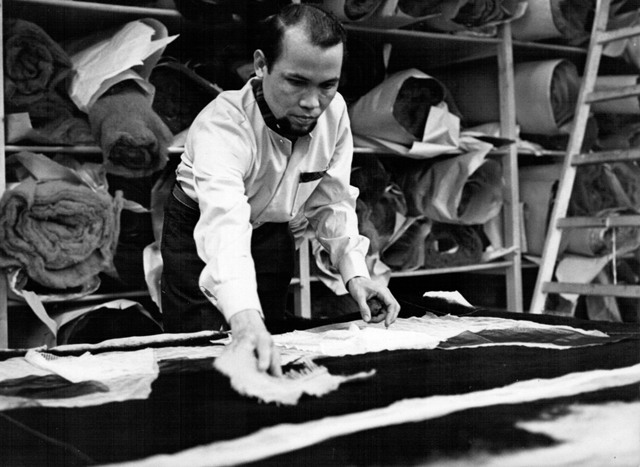 Twenty beautiful art textile works by National Artist for Visual Arts Federico Aguilar Alcuaz now hang on the walls of the National Museum of Fine Arts in Manila. These prized pieces showcase the artist's mastery of creating non-woven tapestries by preparing wool in raw sheets, cutting the pieces, placing one on top of another, and pressing the layers through a machine. This method—called Art Protis—was introduced to him by a Czech artist he met in 1970, and was originally developed for apparel fabric production.