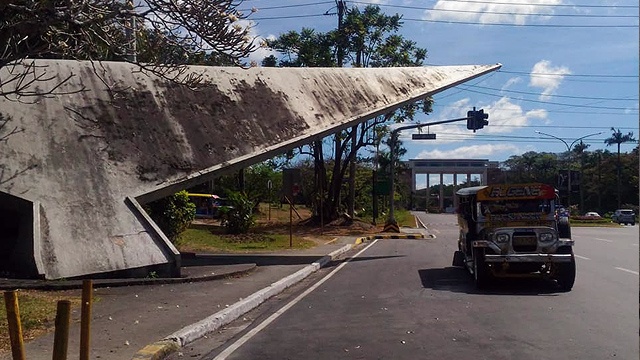 (SPOT.ph) Many of us residing in Metro Manila and its nearby towns are forced to go through the mayhem of the urban jungle every day. There's the daily commute—our social media feed is filled with rants on wasted time because of heavy traffic or long hours standing on the road waiting for a ride home. However, for video artist Annie Pacaña Lumbao, there’s still some beauty that we can find through it all. In an upcoming public art presentation titled “Waiting,” she combines video projection and contemporary dance to redefine how we look at public spaces. This is slated to open on July 3, from 6 p.m. to 9 p.m. at the University of the Philippines – Diliman in Quezon City. 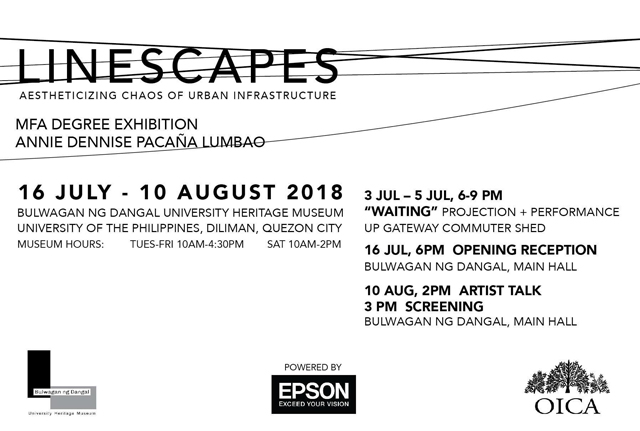 The public art will be on display at the University Gateway waiting shed along the University Avenue at the state university. Most people know this as the “checkpoint,” the arrow-like sheds where one waits for a green-roofed jeepney to and from Philcoa. Unknown to many, this was designed by National Artist Napoleon Abueva in 1962, making the upcoming exhibit a dialogue between a contemporary art form and a masterpiece.

Lumbao remembers from childhood that her father used to make them count the number of cars on the road. Aside from a fun way to pass the time, this was also used by her father’s feasibility studies on mapping and defining space.

Inspired by this childhood memory, she later realized how electric wires define the socio-economic status in a given area. Places where majority of the urban poor resides have more chaotic and less aesthetically pleasing installation of wires partly due to poor urban zoning and planning. Meanwhile, affluent areas may have more organized wirings—Bonifacio Global City, for example, has its cables placed underground. 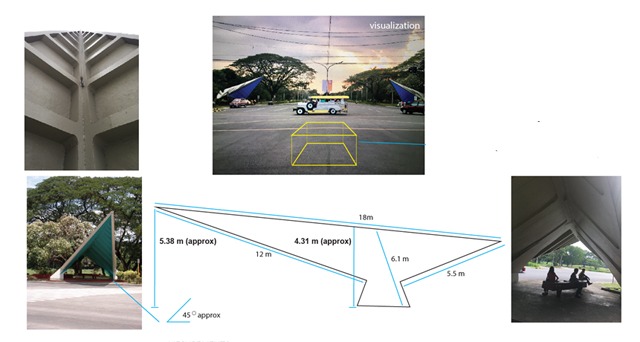 In her video projection, Lumbao shows us a new way of recognizing the chaos and issues of urbanization through contemporary art. She will attempt to activate the place as a space of contemplation where one can be drawn in by the slow movement of her animated line drawings. Simultaneously, two dancers will also interpret the everyday task of waiting for a ride by the shed.