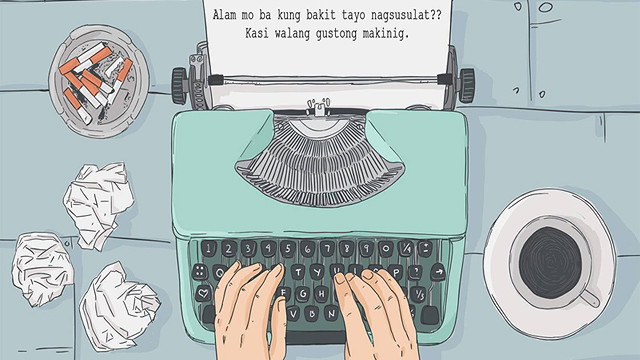 (SPOT.ph) The history of Pinoy comics can be traced from the days of Romualdo Ramos and Tony Velasquez' Kenkoy, to Carlo Caparas and Steve Gan's Ang Panday, to Pol Medina's Pugad Baboy, and to the newer Kikomachine Komix of Manix Abrera. It doesn't end there as Filipino illustrators—young and old—consistently create comics that not only entertain but also mirror what’s happening in society. This culture has shifted from the magazines and dailies to the trendiest online platform: Facebook. 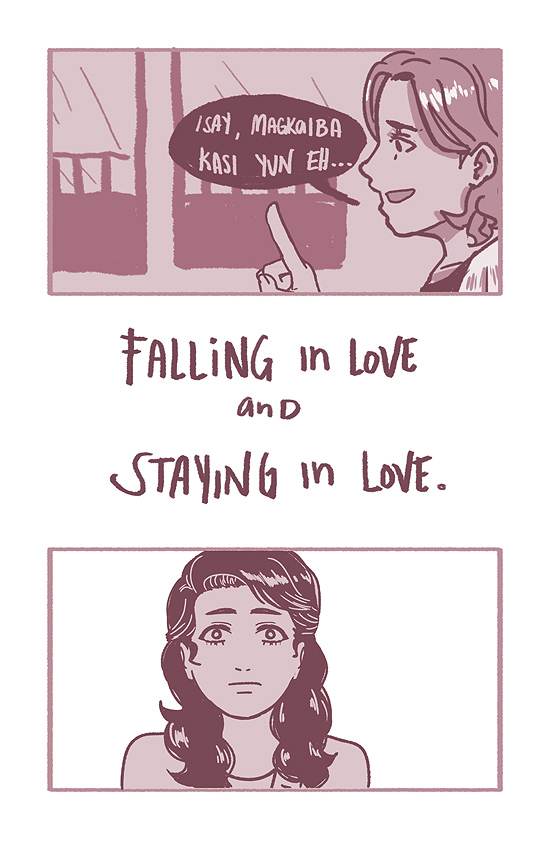 Almost everyone, in one way or another, has a crush and the web comic series Uy Si Crush is a tribute to that butterfly-in-the-stomach feeling. Its premise surrounds Juan who thinks his crush doesn't like him back. Sounds familiar? That's probably why this creation by Ateneo students Gaby Taylo and Richard Mercado is much-loved by hopefuls and torpes like Juan.

Beerkada has been around since 1998, appearing regularly on The Philippine Star. Much to the delight of its followers and new fans, it has also found home in beerkada.net, as well as a page on Facebook. It follows the story of a close-knit barkada from college to adulthood while injecting pop-culture commentaries. Lyndon Gregorio has carefully selected his comics’ characters—Glen, Jimmy, Alan, and company—to reflect his audiences' lives. 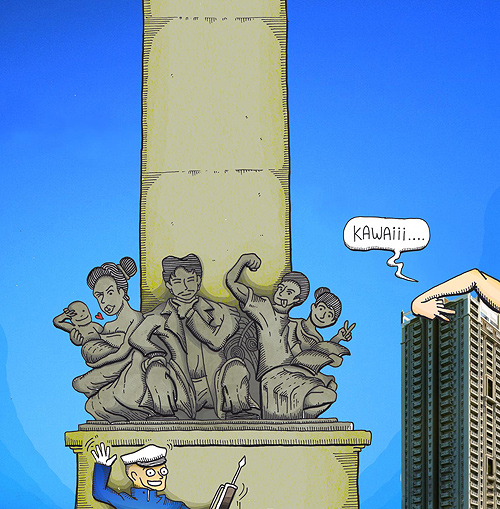 The guy behind Tribo is an architect who wishes to stay anonymous. Through the web comics, he portrays bizarre musings and mundane humor. He uses a heavy backdrop of gray for his illustrations that take on trends, such as the rumored Philippine release of "Pokemon Go" to Binay's speeches. Be wary, however, as the comic strips are sometimes NSFW. 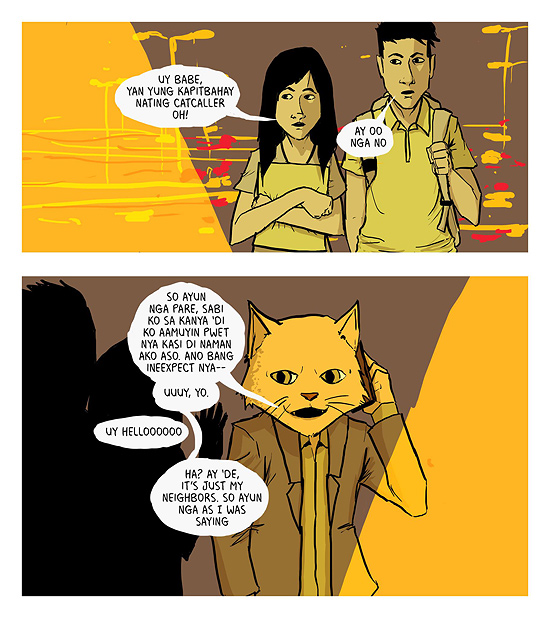 Taong Greasy or Grasa ng Lipunan brings the grime of Manila's streets (and, sometimes, even the dark truths of the world) into a series of illustrations. DiCi Dela Cruz, its creator, doesn't shy away from the heavy issues such as the Syrian refugee crisis, Kidapawan massacre, and #CardboardJustice. 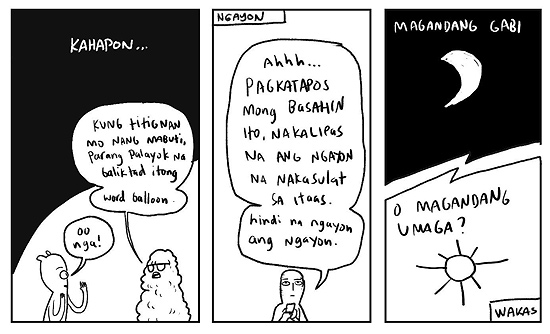 Chamtamaria is a collaboration of artists Apol Sta. Maria and Rob Cham. They're on a mission to complete 1,000 drawings together, creating funny panels which range from a weird-looking caricature with worms for hair and a rendition of Super Mario. To make people feel closer to the comics, they sometimes do live readings of their works with a mix of radio play, live music, and even animation during comic conventions. 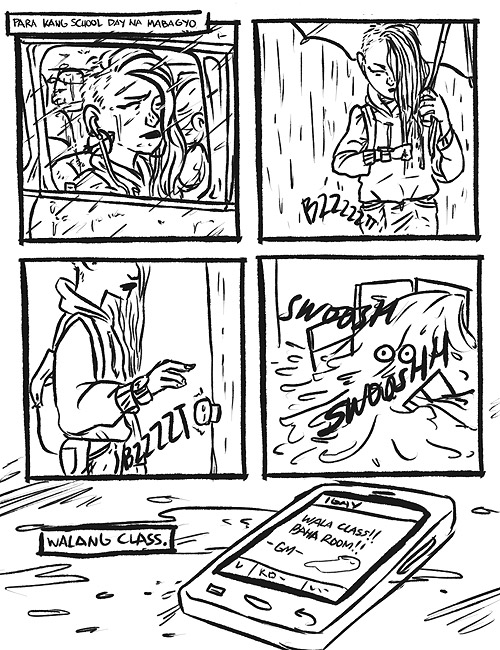 Ligaya Komiks started out as a journal by young writers in the indie scene. It eventually expanded to a web comic that deals with socio-economic issues and current events, such as LGBT rights, politics, climate change, and more. It is run by Fatima Bergonia, Adrienne Onday, Sean Tan, and high school student Rune Ortiz. 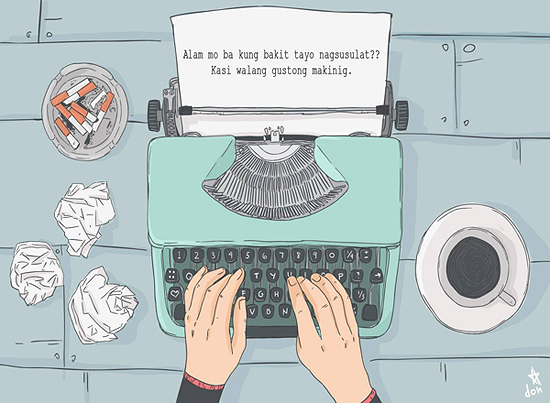 Guhit Kwento Kulay's tagline is "Lahat ng bagay na walang kinalaman sa buhay mo." However, it speaks a lot of what everyone's going through, from the Philippine economy to loneliness. Sometimes, it even intersperses simple illustrations with witty one-liners that are “sagad to the bones” when it comes to telling the truth. An artist who wishes to be known only as "Don" started the web comics in 2010. 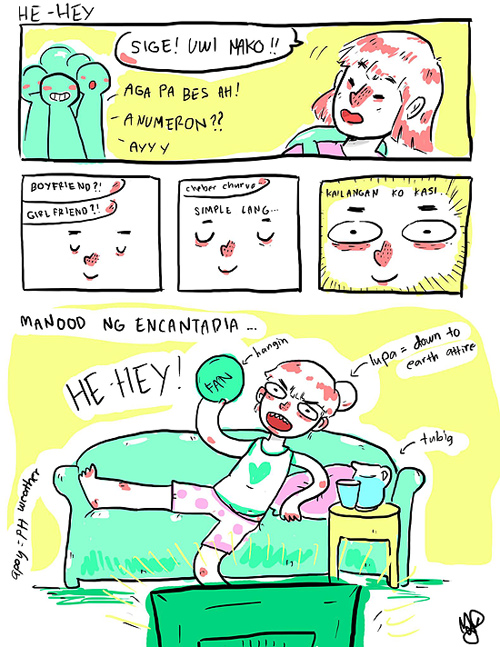 Marian N. Hukom, a Multimedia Arts student from the De La Salle-College of Saint Benilde, tries to make sense of “adulting” in the brightest way possible—through web comics in hues of yellow and pink. It's a whole lot of hugot that even grown-ups can relate to. 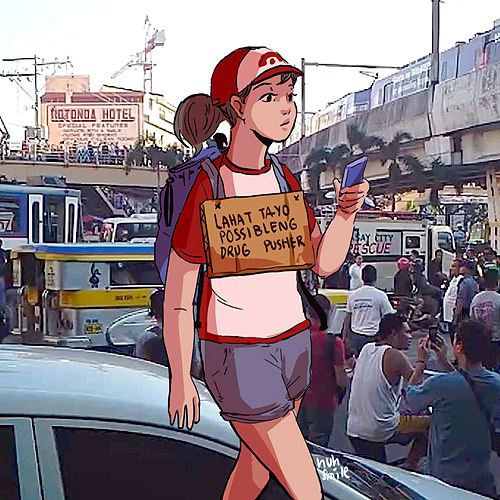 You may have shared one or two of the digital art pieces posted on the Facebook page Huhsmile, which now has more than 6,000 followers. The web comics uses a lot of pink colors, funny remarks, and aaawww-inducing faces, but don't be deceived, because it deals with issues that are far from cute—feminism, Philippine culture, extrajudicial killings, and even the West Philippine Sea dispute. The person behind it? Twenty-year-old Eunice Grace V. Gatdula who graduated from Asia Pacific College in 2015. 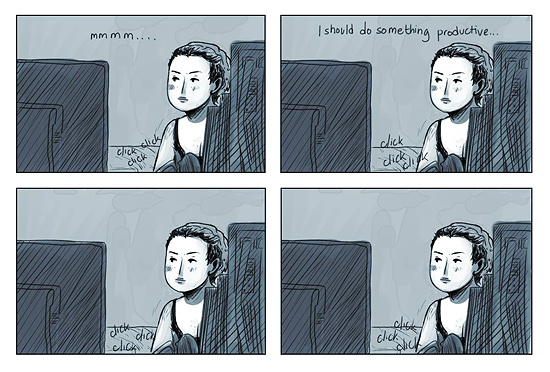 Freelance illustrator Danielle Emile Chuatico finds humor in everyday life and transforms it into a couple of web comics titled bear x kitty komiks and #SQUADDERS. Both are now inactive, but you can still find her illustrations through Bedmoss. Her quick doodles range from failing at productivity to procrastination. The struggle is real.

Comics Illustrators Facebook
Your Guide to Thriving in This Strange New World
Staying
In? What to watch, what to eat, and where to shop from home
OR
Heading
Out? What you need to know to stay safe when heading out