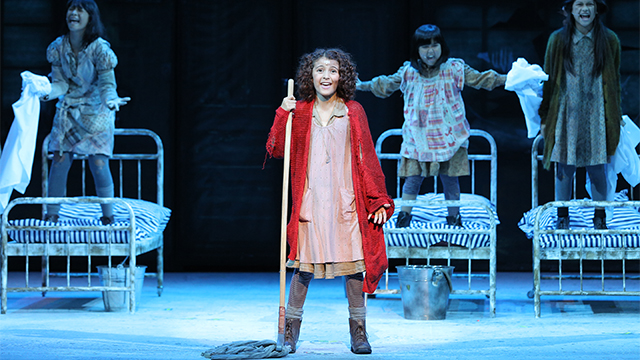 Theater Review: Annie delivers a dose of positivity we all need

It's a great pre-Christmas treat! 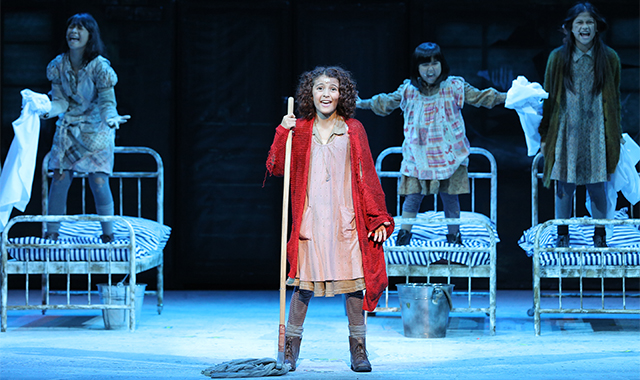 (SPOT.ph) Lately, local news has been filled with reports on the weakening peso, alarming poverty rates, and drug-related killings. It's not exactly the Great Depression, but we can totally benefit from the huge supply of optimism courtesy of Resort World Manila's major stage production, the family musical Annie, which had its gala night on Friday, October 7.

Directed by Michael Stuart Williams, the Thomas Meehan original indulges in its overflowing sense of hope, from the lyrics "Maybe when I wake they'll be there calling me 'baby'" to the huge and well-decorated Christmas tree towards the end of the show. The story opens one chilly morning of December 1933 as the children of the New York City Municipal Orphanage wake up to Molly's (Cheska Rojas) loud cries. Annie (Isabeli Araneta Elizalde) comforts her by sharing her hopes of finding her parents someday. Miss Hannigan (Menchu Lauchengco-Yulo), tyrannical head of the orphanage, foils Annie's plan to run away and is about to punish her when Grace Farrell (Jill Peña) comes in. As it turns out, she works for the billionaire industrialist Olivier Warbucks (Michael de Mesa) who wants to spend Christmas with an orphan. Grace chooses Annie and both their lives are changed forever. 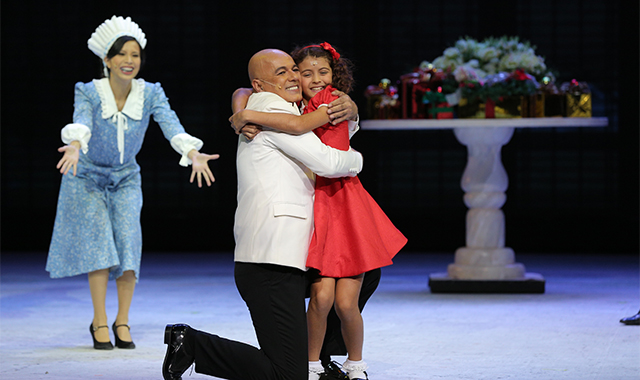 Ten-year-old Elizalde, a theater newcomer, hits all the right notes and evokes equal amounts of sadness and cheerfulness when she belts out “Tomorrow.” Her face lights up every time she smiles, a gesture that easily turns the usually cold Warbucks into a softie. De Mesa could've spent more time portraying that cold persona from the start, as he warms up to Annie a bit too abruptly later on in the play.

Dog lovers, you better keep an eye out for the golden retriever who plays the stray dog Sandy, which goes by the name Tony Dinozzo Manlapaz. We give props to Elizalde for staying in character around the extra playful canine.

Lauchengco-Yulo’s rendition of Miss Hannigan stands out especially when she delivers those drunken slurs, gets tipsy, and shouts to no end. But when she confesses that she’s “an ordinary woman with feelings” who’d “like a man to nibble on (her) ear” in her solo of “Little Girls,” you’d wonder just how vicious Miss Hannigan is (or isn’t). 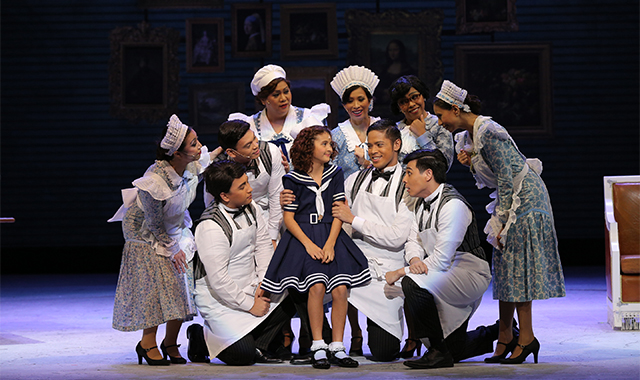 Annie’s stage design is a sight to behold, thanks to the Newport Performing Arts Theater’s state-of-the-art LED technology. The interiors in Warbucks’ Mansion along Fifth Street, the façade of the White House in Washington D.C., and even the slums of Hooverville are all projected on the video walls and proscenium of the stage to complement the 1930s set design and old-school feel. Even the set transitions are done so smoothly with efficient use of a revolving stage. It is a cohesive masterpiece by scenic designer Faust Peneyra, projections designer GA Fallarme, and lights designer Jonjon Villareal.

From the actors to the stage, the story to the music, Annie is a wonderful pre-Christmas treat that will make you forget that “hard-knock life,” even just for a while.

Newport Annie Resorts World Manila Theater Review Theater
Your Guide to Thriving in This Strange New World
Staying
In? What to watch, what to eat, and where to shop from home
OR
Heading
Out? What you need to know to stay safe when heading out