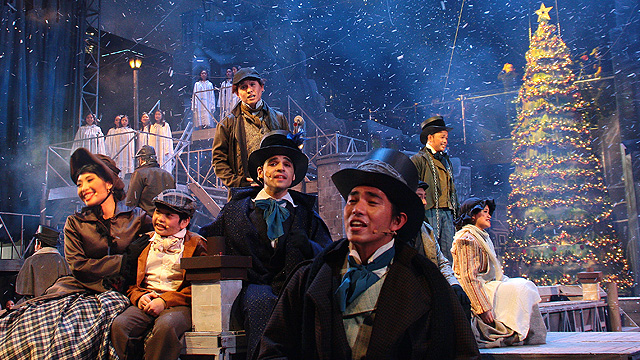 Theater Review: A Christmas Carol is filled with holiday cheer 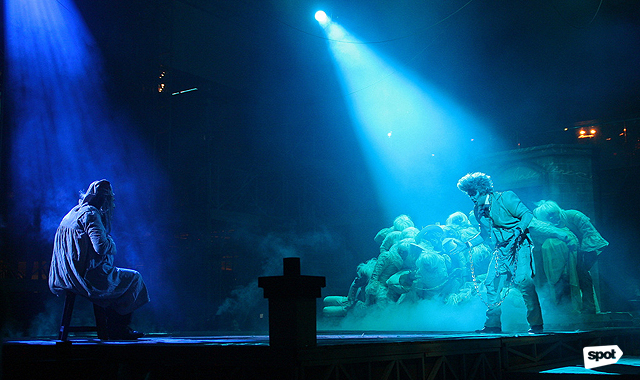 (SPOT.ph) This story about Ebenezer Scrooge has been told and retold countless times throughout the decades, so what did 9 Works Theatrical bring to the table to make it stand out?

We got our answer at the press preview on Thursday, December 1: a multi-level, multi-sensory stage of grand proportions! Scenographer Mio Infante does it again by transforming the Bonifacio High Street Amphitheater into a magical, mid-1800s England, where the story takes place in the middle of December as the town prepares for Christmas day. 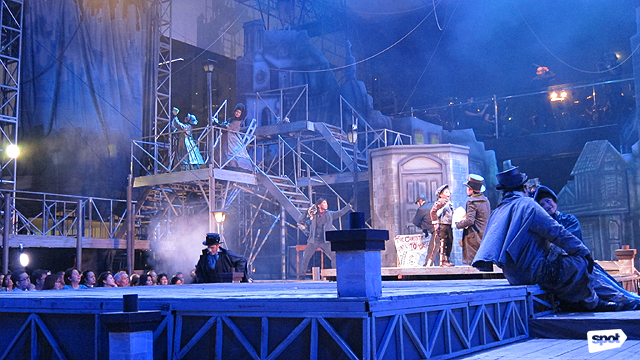 While there are numerous technical issues that we trust will be resolved come opening weekend, the production gets every detail down pat—from the characters’ Victorian costumes to the use of high-budget effects to bring to life both the ghoulish and festive scenes. We won’t spoil all the details for you, but there are surprise special effects and gimmicks that will surely get the audience gasping and applauding in delight. 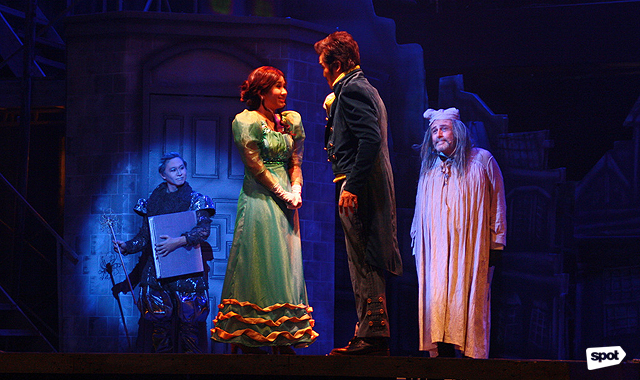 Miguel Faustmann was obviously the top choice to play the iconic Scrooge, as he has been professionally portraying this role for decades. Theater fans might remember first seeing him play the title role for Repertory Philippines in the '90s, and now he’s back for a more physically challenging version for 9 Works Theatrical. The stage is bigger and multi-level, and the musical numbers require more stamina than intimate versions Faustmann has done in the past. “I love playing this role,” he told the press. “I don’t mind doing this over and over.” 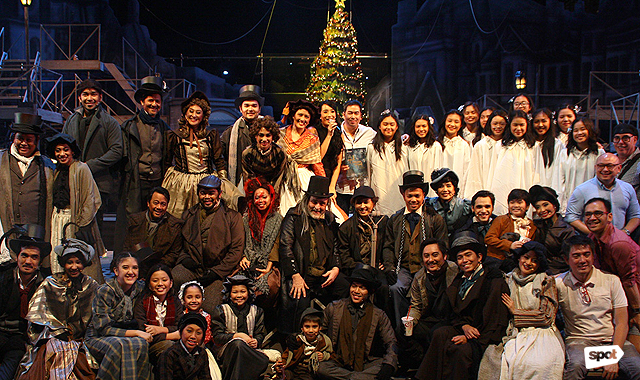 Hats off to director Robbie Guevera and choreographers PJ Rebullida and Yek Barlongay for managing more than 30 characters on the set. The cast does a fantastic job keeping the momentum high despite the challenging dance numbers and layers of winter costumes sans air-conditioning.

Guevera sticks to the traditional story of this Charles Dickens classic, using Alan Menken’s music to tell the story of an old miser named Ebenezer Scrooge, who transforms into a kinder person after the ghosts of Christmas past, present, and future visit him on Christmas Eve. If you read the book versions or watched films of A Christmas Carol growing up, you’ll spot well-loved characters such as Tiny Tim in this play. 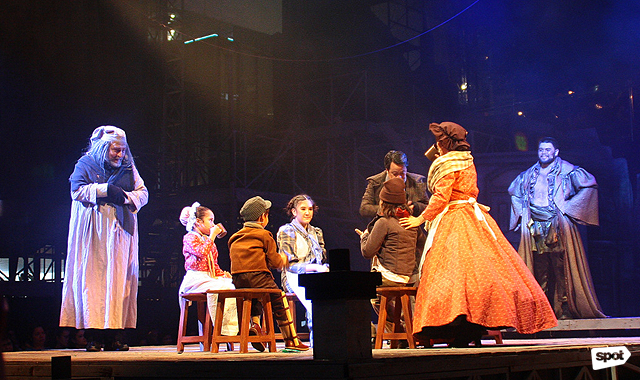 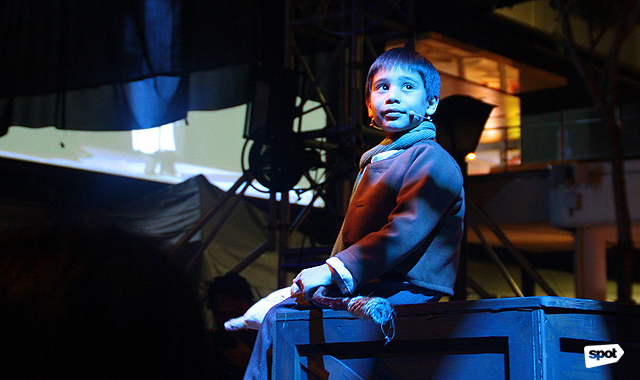 It was also refreshing to see a number of 9 Works Theatrical’s behind-the-scenes PR people return to the stage. Jonjon Martin (Harry), GM Hernandez III (Mr. Smythe), and Anna Santamaria (Mrs. Cratchit) are back in their element along with seasoned thespians such as Jun Ofrasio (Mr. Fezziwig), Raul Montesa (Bob Cratchit), and Al Gatmaitan (Young Ebenezer Scrooge).

There are three main areas where you can watch the show. There’s the front section, where you’ll find that you’re in the thick of things—almost like you’re part of a snow globe scene. There’s the back section, where you’ll get a better, wide-angle view of the entire play. And just like they did with American Idiot, passersby are allowed to watch for free by sitting on the steps outside the amphitheater and peeking into the open-air venue. Co-producer Globe even set up wide screens on both sides of the theater to allow shoppers to get a peek. 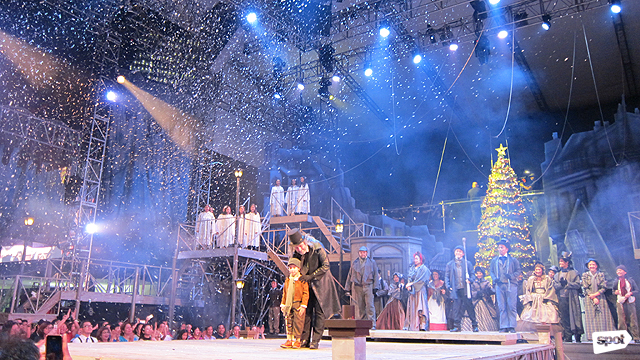 If you are looking for a way to ignite the Christmas spirit that we often lose in adulthood, A Christmas Carol might just be your ticket. The magical numbers and heartwarming life lessons are a sweet escape from our current political turmoil and worldly worries.

Theater Theater Review 9 Works Theatrical A Christmas Carol
Your Guide to Thriving in This Strange New World
Staying
In? What to watch, what to eat, and where to shop from home
OR
Heading
Out? What you need to know to stay safe when heading out