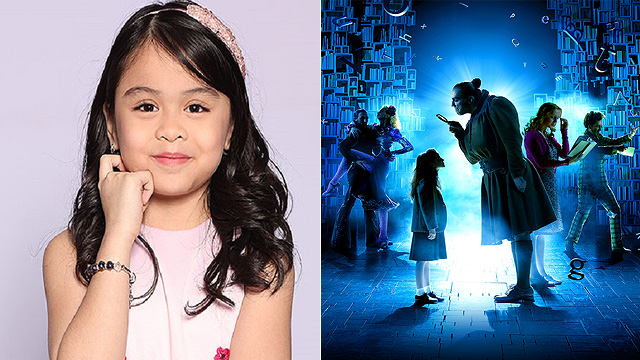 Matilda, The Musical opens on November 10.

(SPOT.ph) The rumors are true! The Tony Award-winning Matilda, The Musical—based on Roald Dahl’s children's novel of the same title—is set to be staged at Meralco Theater in Pasig City in November this year. To make theater fans more excited, Atlantis Theatrical announced on August 1 the names of the three girls alternating for the lead role: Felicity Kyle Napuli (A Little Princess), Uma Martin (A Little Princess), and The Voice Kids finalist Telesa "Esang" de Torres.

Ten-year-old Esang, who hails from Tondo, Manila, first rose to fame in the summer of 2014 when she joined the "Mini Me" segment of the noontime show It's Showtime. She pulled off a short skit as the mini version of international singer Lea Salonga and even performed "Tomorrow" from the musical Annie. A year later, she wowed the celebrity judges of The Voice Kids Philippines Season 2 with her rendition of "Home" from another musical titled The Wiz. In 2016, she made her musical theater debut as the alternate for Little Cosette in the Manila and Singapore runs of the musical Les Misérables. 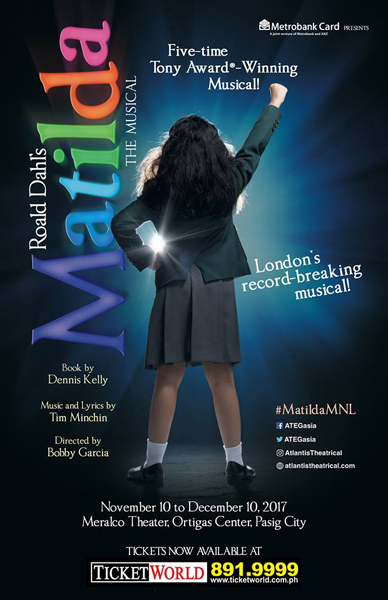 The budding musical star's journey didn't end there as she's now on her way to play the role of Matilda Wormwood, a child genius who's misunderstood. With this stage credit, Salonga's "Mini Me" is definitely on the right track.