The Kundiman Party Opens on May 24 at the PETA Theater Center
Loading
Already a member? Log in
No account yet? Create Account
Spot.ph is your one-stop urban lifestyle guide to the best of Manila. 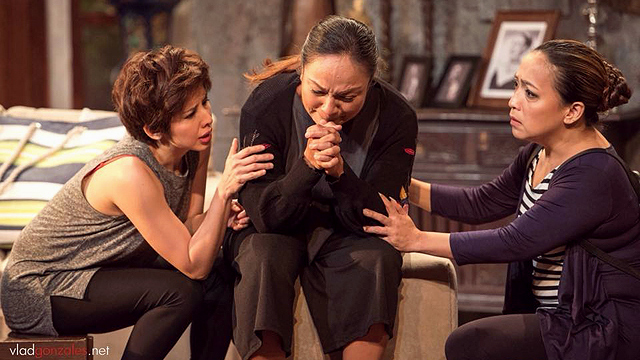 It opens on May 24 at the PETA Theater Center.

(SPOT.ph) When The Kundiman Party was staged at the University of the Philippines - Diliman in 2018, the Philippines was in the midst of the so-called "war on drugs," the president had just announced that the country was withdrawing from the International Criminal Court, and the son of former dictator Ferdinand Marcos was disputing Vice President Leni Robredo's win in the 2016 national elections. It was an appropriate backdrop for a play that asks about the role of art in turbulent times. Now that another life-changing national issue is upon us—the 2019 senatorial elections—The Kundiman Party is set to return to the stage from May 24 to June 2. This time, it'll be at the PETA Theater Center in Quezon City.

The play punctuates Philippine Educational Theater Association's politically charged 51st season. They staged Ang Buhay ni Galileo, A Game of Trolls, Trumperte, and Charot in an effort to talk about people's participation in the national issues of historical revisionism and human rights violations. Floy Quintos' The Kundiman Party, on the other hand, hopes to make sense of how our traditional art forms, like the kundiman, and other old means of resistance can survive in this era of online trolls and keyboard protests.

The Kundiman Party runs from May 24 to June 2 at the PETA Theater Center, 5 Eymard Drive, New Manila, Quezon City. Tickets, priced from P500 to P1,300, are available through Ticket2Me.