Tickets to Noli Me Tangere, The Opera Are Now on Sale
Loading
Already a member? Log in
No account yet? Create Account
Spot.ph is your one-stop urban lifestyle guide to the best of Manila. 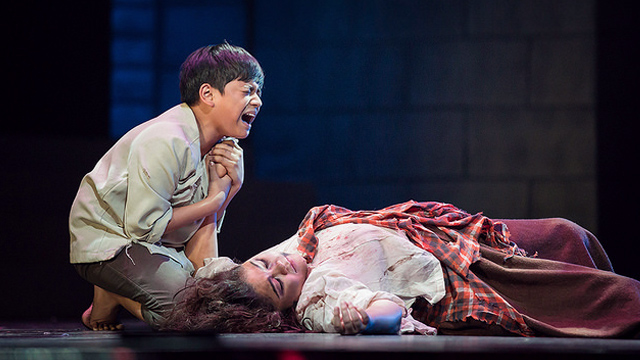 Noli Me Tangere, The Opera Is Set to Return to the Stage in June

Get your tickets now!

(SPOT.ph) The world of opera can be quite intimidating, but going to the theater might not be as daunting if it's about a story every Filipino knows by heart. Don't miss your chance to catch Noli Me Tangere, The Opera, which is set to return to the Cultural Center of the Philippines for a limited run from June 21 to 23. With only three public performances, it's best to buy your tickets as early as now.

The opera was composed by two National Artists: The music is by Felipe Padilla de Leon, known for translating the Philippine National Anthem from Spanish to Tagalog, while the libretto is by Guillermo Tolentino, sculptor of the state university's "Oblation." The story, of course, is adapted from Jose Rizal's novel of the same title, giving us a peek into the struggles of the Filipino people during the Spanish colonial era.

First staged in 1957 at the Far Eastern University, Noli Me Tangere, The Opera is the first Filipino full-length opera. It was restaged in March 2019 at the Cultural Center of the Philippines (CCP), following a successful run in 2017.

Noli Me Tangere, The Opera will run from June 21 to 23, 2 p.m. at the Tanghalang Nicanor Abelardo, Cultural Center of the Philippines, Roxas Boulevard, Pasay City. Tickets, priced from P900 to P2,800, are available through Ticketworld.