Spoken Word Artists Phil Kaye and Sarah Kay Are Back in Manila
Loading
Already a member? Log in
No account yet? Create Account
Spot.ph is your one-stop urban lifestyle guide to the best of Manila. 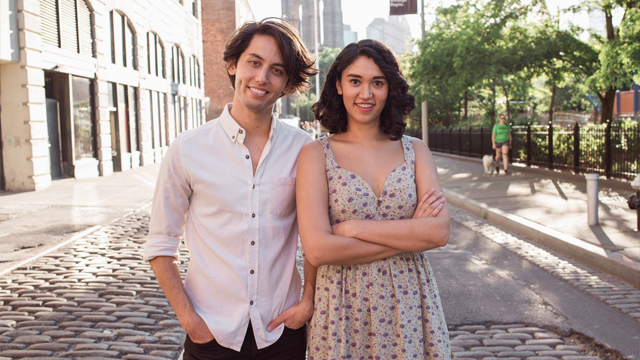 They're performing for one night only!

(SPOT.ph) When it comes to spoken word, the Filipino audience does not disappoint. We even had a primetime teleserye that featured one of the best-known spoken word artists of this generation. All for that buzzword we all know as hugot. Of course, we're also big fans of foreign acts, especially of Project Voice founders Sarah Kay and Phil Kaye—nope, not related. Their Filipino fanbase have grown so much that the duo's coming back to the Philippines on July 12 with a one-night only performance at Ateneo de Manila University's Areté in Quezon City.

This is the Kay(e)s fifth performance in Manila in what seems to be an annual tradition. They first came to the country in March 2015 for two shows in Makati; then returned in May 2016 for shows in Quezon City, Pasig, and even Cebu. We can't seem to get enough of them so they came back in May 2017 and July 2018 for shows in Manila and Cebu.

While counting the days before the 12th of July, we round up Kay and Kaye’s best spoken word performances:

Kay and Kaye tell us the story of how they met. We find out that they're not related, but the parallelisms in their lives explain the undeniably strong friendship that they have now.

The duo try to explain what love means. It's a funny and relatable take on how most of us have experienced love, from how innocent it was during our teens to how heartbreaking it became as we grew up.

Kay urges a friend not to define herself through the eyes and hands of men. "Let them see what a woman looks like. They may have not ever seen one before," she reminds us all.

Kaye highlights how powerful words can be, especially when repeated. It's either a way to forget (according to his mother, at least) or painful "claw of meaning in the bottom of [the] throat."