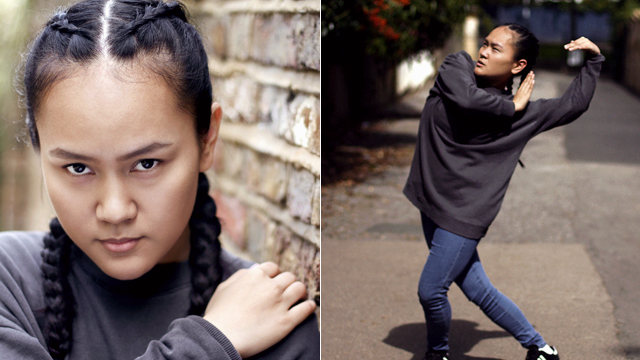 She was also part of Dua Lipa's "IDGAF" video.

(SPOT.ph) Aside from singing, the other performing arts that Filipinos are really fond of is dancing. We were encouraged—or forced—to dance in front of relatives as kids, enrolled in ballet classes during summer vacation, or—if we really liked it—danced a lot in public. It was no different for Philippine-born Jonadette Carpio, who "did ballet at the local studio but danced hip-hop for fun in the streets of Manila" (according to a report by BBC). You'll soon see her playing one of the cats in the 2019 film adaptation of Andrew Lloyd Webber's Cats.

In a behind-the-scenes Cats video released on September 9, Carpio is heard talking a bit about how the musical movie requires the blending together of different dance styles—which isn't anything new to the 23-year-old dancer. She moved to South Wales at the age of seven, and became even more fascinated with dance by watching music videos.

In 2015, she was one of the 20 finalists of the first BBC Young Dancer competition, one of the five dancers in the hip-hop category. The batch—dubbed the "very best of young British dance talent"—goes through thousands of hours of dance classes, workout sessions, and other physical activities before battling it out with fellow participants on the dance floor. She was also part of the music video for Dua Lipa's "IDGAF."

Carpio specializes in krumping, a kind of street dance that shows highly-energetic movements and a lot of stomping and chest pops. It is commonly associated with men, and the young dancer uses it to break gender stereotypes. According to her profile on the website of Fixers, a British charity that champions the potential of the youth, she hopes "to encourage others to reject gender barriers" and show people "that your gender should not determine which hobbies you pursue."

Cats is set for a U.S. release on December 20. The movie's Philippine premiere is yet to be announced.