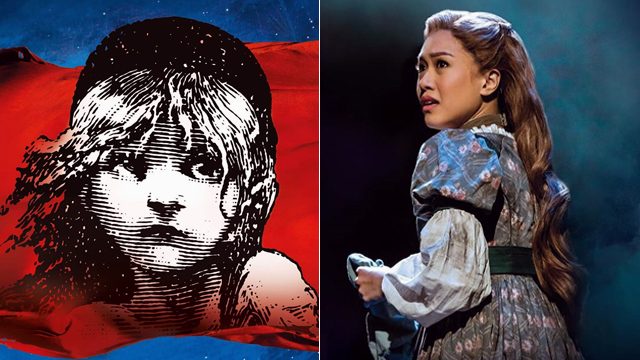 She reprises her role as Fantine.

(SPOT.ph) Rachelle Ann Go's stint with the West End production of Hamilton may not be over yet, but already, she's lined up another show for the end of 2019. Les Misérables is slated for a London revival starting from December 18 at the newly restored Sondheim Theatre, and the Filipina actress is reprising her role as Fantine.

Go first played the role of the hardworking unwed mother in the 30th anniversary staging of the musical at the Queen's Theatre—now the Sondheim Theatre—in London from 2015 to 2016. This overlapped with her performance in the Manila leg of its Asian tour that ran from March to May 2016 at The Theatre at Solaire.

For the West End revival, she will be joined by Jon Robyns as Jean Valjean, Bradley Jaden as Javert, Gerard Carey as Thénardier, Shan Ako as Eponine, Josefina Gabrielle as Madame Thénardier, Ashley James Gilmour as Enjolras, and Lily Kerhoas as Cosette. While Carrie Hope Fletcher will be playing Fantine when the show opens in December, Go will be taking over the role for seven weeks in the spring (from March 2 to April 18, 2020) and again the following summer (from July 27, 2020).

Les Misérables is a sung-through musical by Claude-Michel Schönberg (music), Alain Boublil and Jean-Marc Natel (French lyrics), and Herbert Kretzmer (English lyrics). It was adapted from Victor Hugo's 1862 novel of the same title. The original West End production premiered in 1985 while the original Broadway staging started in 1987.