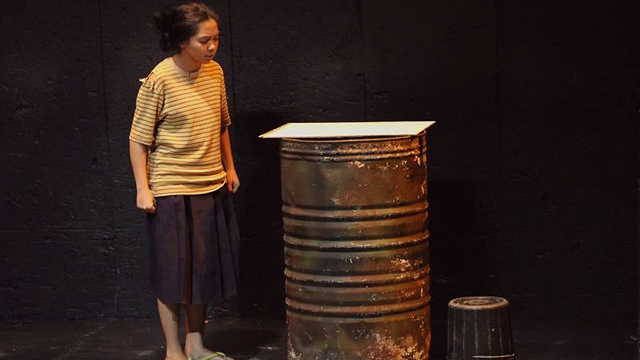 (SPOT.ph) Since 2005, the Virgin Labfest—a festival of "untried, untested, and unstaged" one-act plays—has been a much-awaited event at the Cultural Center of the Philippines in Pasay City. Theater enthusiasts, thespians, playwrights, and directors come together in that side of the Metro every June to celebrate the power of theater. But this year, nine one-act works from writers outside Metro Manila are going all the way to Cagayan de Oro in Northern Mindanao. Extra Virgin Labfest: Unang Puga runs from December 4 to 7 at Rodelsa Hall, Liceo de Cagayan University, Cagayan de Oro City.

Extra Virgin Labfest: Unang Puga will be the first time that the Virgin Labfest (VLF) will be held outside of the Cultural Center of the Philippines (CCP). It is part of the CCP's efforts to bring these plays to a wider audience and tap more playwrights from other regions. Like its Manila counterpart, Extra Virgin Labfest is divided into four sets of three plays, with back-to-back performances of two pieces from previous VLFs.

Ang Bata sa Drum, which is told in a mix of Bisaya and Tagalog, is a two-character play set in Northern Mindanao. It follows the conversation between a young boy, who is placed inside a drum as punishment, and his older sister.

Dalawang Gabi is a comedic take on the forbidden love between a middle-aged teacher and her student. It is told through two separate encounters, which happen two years apart.

Nambatac's piece tells the story of an indigenous community in Palaopao, Bukidnon, whose lives are disturbed after the arrival of foreign invaders.

Banga follows the story of a refugee from war-stricken Zamboanga who attempts to cross a checkpoint manned by a brutish soldier.

Isla's one-act play follows the story of two siblings caught in the crossfire between the military and rebels in Mindanao.

Bulan follows five teachers in Koronadal City who come together to break a curse.

In Crystal Clear, a teacher tries to clear her name after being accused of violating her students.

Pultahan reminds us of an escape room, only less fun. It follows the story of a man stuck with a stranger inside a room.

Obinque's one-act play revolves around a young man who confronts a priest about a traumatic experience in the past.

Unsay Koneksyon sa Iring looks into a shocking revelation of a family's secrets after stray cats enter their home.