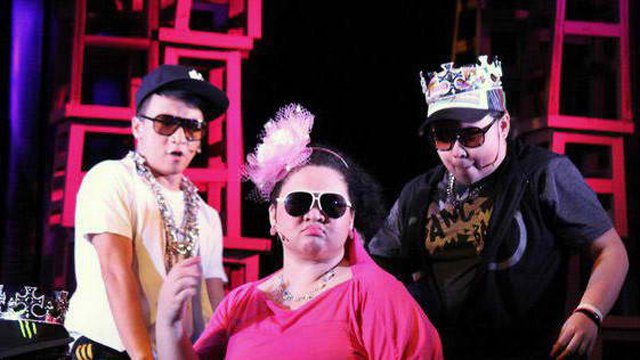 Filipino Rap Version of Shakespeare's Plays Is Streaming for Free

(SPOT.ph) While watching a classic staging of a Shakespeare play—preferably inspired by the original Elizabethan theaters of yesteryears with groundlings and all—is great, cool adaptations of the great bard's masterpieces are also very much welcome. Philippine Educational Theater Association in 2011 took on the challenge to transform not only one of his plays, but six of his most popular ones into a mash-up of a rap musical. The local theater company is bringing back the award-winning piece William on YouTube, where everyone can stream it for free on April 27 at 7 p.m.

William, which was written by Ron Capinding and directed by Maribel Legarda, tells the story of five students who are forced to study Shakespeare by a terror teacher. The high school students, in the process, find relevance in the dramatist's words, as they try to deal with their own struggles: a gay guy being bullied in school, an abused teen, a grade-conscious overachiever, an abandoned daughter, and the child of a social-climbing family. At various points in the musical they break into a song—nay, a rap—of key moments in Shakespeare's five plays: a revenge speech from Merchant of Venice, Hamlet's to-be-or-not-to-be lines, Julius Caesar’s friends-Romans-countrymen declamation, a speech on mercy from Merchant of Venice, and a popular dialogue from Romeo and Juliet. Even their teacher raps some lines from Macbeth.

Free Things To Do Theater Musical Shakespeare Adventurer Savvy Seasoned Streaming
Your Guide to Thriving in This Strange New World
Staying
In? What to watch, what to eat, and where to shop from home
OR
Heading
Out? What you need to know to stay safe when heading out