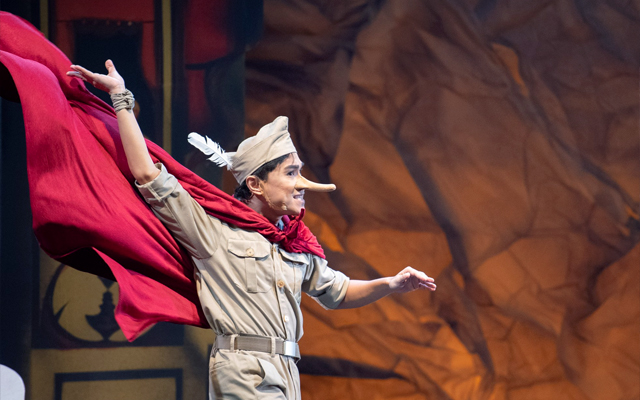 Excerpts From Mula sa Buwan Musical Are Streaming for Free

The Pat Valera original is coming to our screens.

(SPOT.ph) Pre-quarantine, 12 Monkeys Music Hall and Pub in Pasig City would be fully booked every Thursday for One Night Stand Cabaret—a monthly series of cabaret performances. This was especially true on the evening of October 1, 2019, as fans and supporters of Philippine theater and all-original Filipino musical Mula sa Buwan gathered for a special night of show tunes. If you failed to catch the one-night-only show or just want to relive the memories of that evening, a recording of Minsan sa Buwan will be streamed for free on May 16, 3 p.m. through One Night Stand's YouTube channel.

Minsan sa Buwan features duet and ensemble performances by Nicco Manalo, Boo Gabunada, Gab Pangilinan, Cris Go, Myke Salomon, and other cast members. Some of the popular tracks are "Ikaw," "Ang Sabi Nila," and "Matatapos Din," and the show was staged under the direction of Pat Valera with musical direction by Matthew Chang.

Mula sa Buwan is based on Edmond Rostand's Cyrano de Bergerac and Francisco "Soc" Rodrigo's Filipino translation of the French classic. The sarsuwela-esque production is set in 1940s Manila, where Cyrano is an ROTC cadet and Roxane is a blushing colegiala. Christian, the lead's best friend, falls in love with the beautiful damsel. It premiered in December 2016, had a rerun in February 2017, and another restaging in November 2018.

Mula Sa Buwan Musical Streaming Free Things To Do Adventurer Savvy Seasoned
Your Guide to Thriving in This Strange New World
Staying
In? What to watch, what to eat, and where to shop from home
OR
Heading
Out? What you need to know to stay safe when heading out