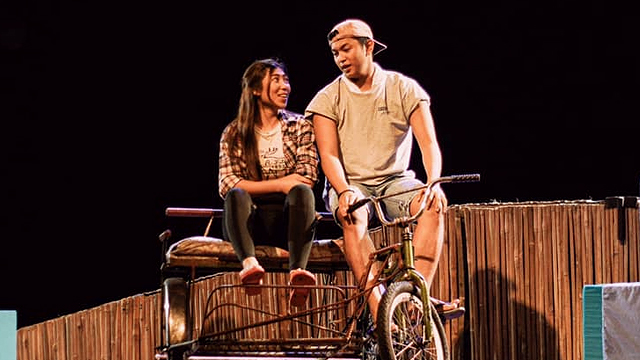 It's for the benefit of displaced theater workers.

(SPOT.ph) ABS-CBN's first-ever venture into theater through Teatro Kapamilya is a live musical adaptation of the TV series Tabing Ilog, which kept teens of the '90s occupied every weekend with the complicated lives of Anne, Eds, Badong, James, Rovic, Fonzy, Corinne, and George. But Tabing Ilog, the Musical, like most theatrical shows around the world, had to take their bow a bit early following the enforcement of a quarantine in Metro Manila. In an effort "to give people some relief and escape," the show was supposed to put on a musical concert on May 22, 8 p.m., which has been postponed, through ABS-CBN's Facebook page. Proceeds of the project will be donated to workers who have been unemployed since the theaters closed for quarantine.

Tabing Ilog, the Musical, which opened on March 7 at the Dolphy Theater, is written by Jade Castro; with music, lyrics, and musical direction by Vince de Jesus. Rounding up the artistic team are JM Cabling for choreography, Riza Romero for production design, Meliton Roxas for lighting design, and Glendfford Malimban for sound design. It is directed by Topper Fabregas.

UPDATE (May 22): This event has been postponed.

Tabing Ilog Free Things To Do Streaming Theater Musical Adventurer Savvy Seasoned
Your Guide to Thriving in This Strange New World
Staying
In? What to watch, what to eat, and where to shop from home
OR
Heading
Out? What you need to know to stay safe when heading out