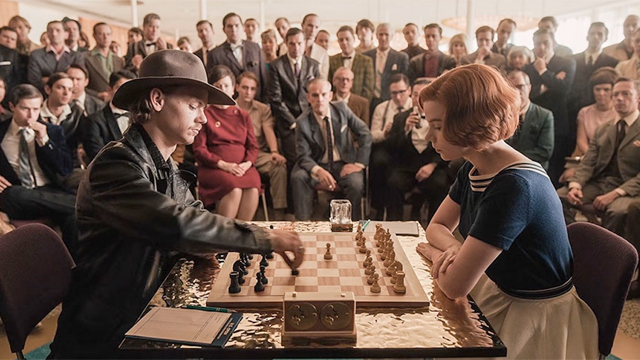 The Queen's Gambit Musical Is Coming Soon to Broadway

From a novel to a Netflix series, and now a stage musical.

(SPOT.ph) When the seven-episode The Queen's Gambit was released on Netflix on October 23, 2020, it immediately broke records and became the most-watched scripted limited series in its first 28 days of streaming. Up to 62 million households tuned in during the first month, and more viewers picked up on it later on. With all this attention on the book-turned-series, Walter Tevis' 1983 novel is getting yet another adaptation—this time, as a stage musical that's set to premiere in New York's Broadway.

The Queen's Gambit follows the story of fictional female chess prodigy Beth Harmon from her childhood in an orphange all the way to her rise as a Grandmaster. It is set in the '60s, a time when women weren't given much attention outside the kitchen—much less a chess tournament. It touches on themes of feminism, drug and alcohol addiction, and adoption.

Anya Taylor-Joy, who played the role of Beth Harmon in the miniseries, bagged the award for Best Performance by an Actress in a Limited TV Series or Motion Picture at the recently concluded 2021 Golden Globes. The 24-year-old is now one of the youngest actors to win the category.

Not much has been revealed regarding the Broadway musical adaptation, except that it's to be produced by Level Forward. The entertainment company was also behind the Jagged Little Pill musical in 2018, the musical revival of Oklahoma in 2018, and Slave Play in 2019.

"Told through a brave and fresh point of view, audiences are already sharing in the friendship and fortitude of the story’s inspiring women who energize and sustain Beth Harmon's journey and ultimate triumph," said Level Forward CEO Adrienne Becker and producer Julia Dunetz, quoted on PlayBill.com.