Follow the steps below to reset your password.
Looks like the email you typed in is already used in these Summit sites:
Cancel
Continue
Arts + Culture Performing Arts

These Classic OPM Love Songs Are So Cheesy, They're Cute

These hits were performed during Sharon Cuneta's anniversary concert. 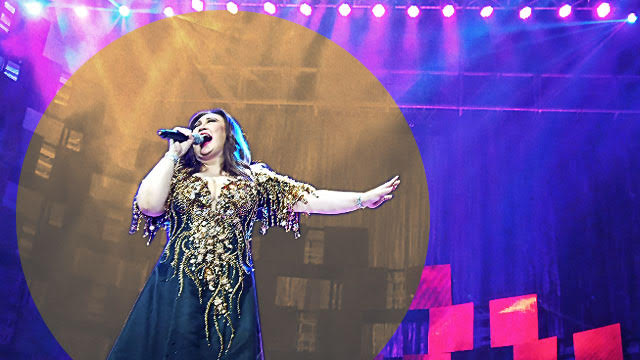 It’s hard to dismiss someone who says “They don’t make music like they used to” because let’s face it: it is, for the most part, true. Homegrown music has truly evolved. The songs we now stream on our devices couldn’t be more different from the ones played on the radio decades ago. The language of love has changed, and nothing could be cheesier than those classic OPM ballads we couldn’t help but listen to during our childhood.

During the anniversary concert celebrating her 40th anniversary in the entertainment industry, megastar Sharon Cuneta sang a number of these mushy OPM hits–most of them from her own discography, from the soundtrack of her previous movies, or both. If you—or your mom—is a true Sharonian, you’re most likely familiar with these timeless hits. We’ve compiled a short list of the most heartfelt love songs ever written, cheesy as they may be.

Unrequited love may be an overused concept in movies and songs, but it works every single time.

This is the song you dedicate to someone who is either oblivious to your presence or is trying hard not to return your unrelenting affection.

We've all been in that situation where we offer all-out support to our SO and volunteer to be that person’s shoulder to cry on and source of good old TLC.

If there is something that tugs at our heartstrings more than unrequited love, it's forbidden love. Romeo and Juliet. Lancelot and Guinevere. Digna and Carding…wait! Digna who?

Digna was Sharon’s character in the 1991 film Maging Sino Ka Man. Her leading man turned real-life boyfriend Robin Padilla, played the bad boy Carding. The film’s theme song the same title is an ode to someone you’ll love in spite an despite.

Just make sure that when you do sing this to someone, you're ready to own up to what the lyrics say.

After you promise to fight for your love, what else can you offer?  Love that endures, of course.

This is the song that launched Sharon Cuneta to stardom. It’s the first song ever written for her by Rey Valera, who would eventually pe her later hits. Sharon sang and recorded this when she was only 12 years old.

Radio was booming back in the 1970s and Rey Valera intentionally wrote it to tug at the heartstrings of the disc jockeys. The song received massive airplay, as hoped, and the rest is Sharon’s history as a Megastar.

The lyrics are simple but endearing. It starts with Shawie asking the DJ to play a song for her, then segues to a tale of unforgotten love.

These are but a few of the songs that Sharon performed during the concert. She sang her more serious movie themes: “Bituing Walang Ningning” and “Sana’y Wala Nang Wakas.”

She shared a lively medley of pop gold like Swing Out Sister’s “Breakout” and Whitney Houston’s “How Will I Know” with Kuh Ledesma and ZsaZsa Padilla.

One of the most moving parts of the show was seeing Sharon on stage with Gary Valenciano and Martin Nievera as they sang “Take Me Out of the Dark” and “I Will Be Here.”

The most kilig part was her segment with former flame Richard Gomez. They sang “Somewhere Down The Road” together.

You've got to give a little, take a little,
and let your poor heart break a little.
That's the story of, that's the glory of love.

The song is also Selecta’s time-honored jingle. Sharon recorded it for Selecta's TV commercial many years ago. If it doesn't make you feel nostalgic, we don't know what will. Watch the classic TVC:

That evening, Sharon announced that she is once again the ice cream brand’s proud endorsers—she was coming home. 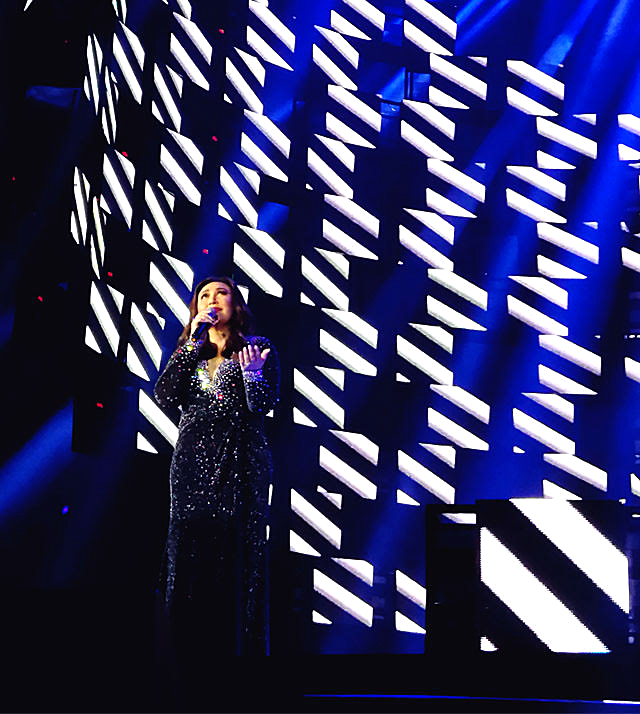 Sharon Cuneta’s anniversary concert was more than a celebration of timeless music and her years in show business. It was her way of thanking everyone who has supported her through the years—the people she called her home for the last four decades.