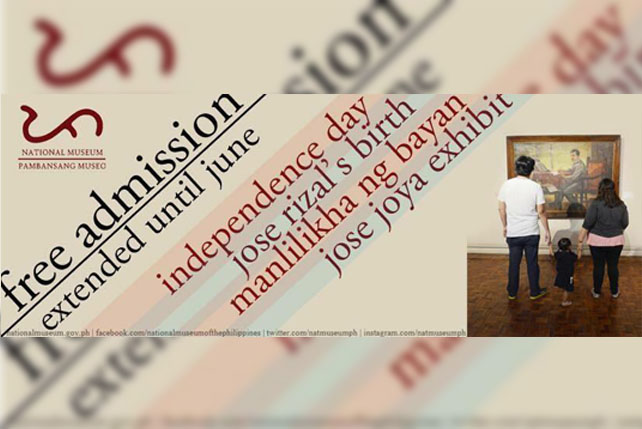 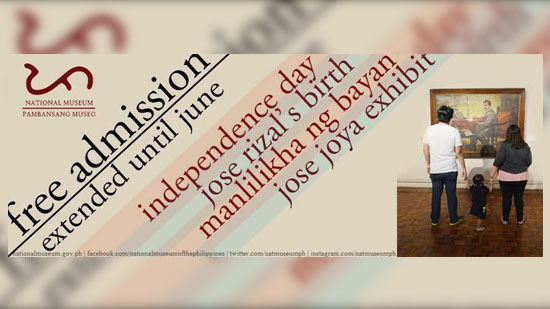 (SPOT.ph) The National Museum of the Philippines offered free entrance to women in March in honor of Women's Month and to everyone in May for National Heritage Month. For those who missed both, don't fret! Throughout June, you can still visit the museum for free because it's celebrating Independence Day (June 12) and the birth anniversary of national hero, Jose Rizal (June 19). 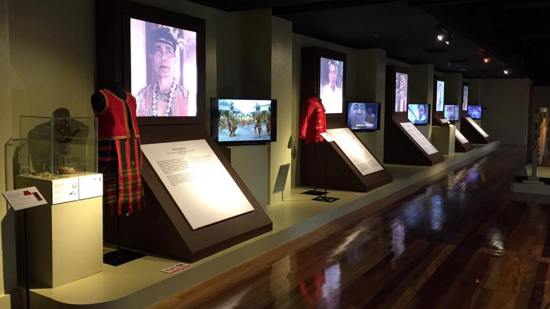 The Manlilikha ng Bayan will feature the work and lives of the 13 recipients of the Gawad Manlilikha ng Bayan (National Living Treasures Award) since it began in 1993. The National Living Treasures Award is given to "a Filipino citizen or group of Filipino citizens engaged in any traditional art uniquely Filipino, whose distinctive skills have reached such a high level of technical and artistic excellence and have been passed on to and widely practiced by the present generations in his or her community with the same degree of technical and artistic competence."

Jose T. Joya, on the other hand, was posthumously named National Artist in Visual Arts in 2003. He was known for abstract painting, graphic arts, and printmaking.

The National Museum of the Philippines is at P. Burgos Street, Manila; open from 10 a.m. to 5 p.m. (Tuesday to Sunday). The Planetarium is closed on Sundays.