This Is What the Restored Metropolitan Theater Will Look Like

(SPOT.ph) Prior to 2016, you may have ignored that Art Deco building with light pink walls when you passed through the crowded and grimy streets of Lawton in Manila. You may have even avoided it entirely because it wasn't well lit, crossing the road was like playing patintero with cars, the graffiti on the walls were too sketchy, and the sidewalks were filled with makeshift shacks. You wouldn't expect that this building—the Metropolitan Theater (a.k.a. Met)—was once called the Grand Old Dame of Manila. Finally, the first phase of restorations is now underway and the National Commission for Culture and the Arts revealed its plans for what was once the grandest theater in the city.

Lighting design of the façade

The Met, designed by Juan M. Arellano, formally opened its doors in 1931. Sculptural works, such as the Adam and Eve statues at the main lobby, were done by Italian sculptor Francesco Riccardo Monti. Filipino artist Isabelo Tampingco designed the plant-themed carvings and other details on the walls, while National Artist Fernando Amorsolo painted the murals The Dance and The History of Music found on opposite ends of the balcony. In its heydays, the theater hosted zarzuelas, operas, musicals, and plays starring local and international artists. Shows would be scheduled twice a day and the seats would always be filled.

Artist rendering of plans for the lobby and foyer

Like the rest of Manila, the Met was badly hit during the Battle of Manila in 1945. Yet, unlike most of the other buildings, it only lost its roof while the walls withstood the airstrikes. It wasn't until August 1979 that the building was rehabilitated through a 30-million-peso loan from the Government Service Insurance System. Much like Imelda Marcos' "strategy" for the construction of the infamous Manila Film Center, the restoration of the Met went on for just four months with almost 2,000 workers alternating between three shifts. It reopened in 1979 only to be closed down again in 1996 because of an internal conflict in ownership: the Manila local government versus Government Service Insurance System (GSIS). It reopened in 2010 and was closed down (for the last time) in 2012. The Met was rendered almost unusable with an unstable ceiling, moldings on the walls, stolen electrical wirings and balcony seats, and even cracks on the floor.

Artist rendering of plans for the main theater 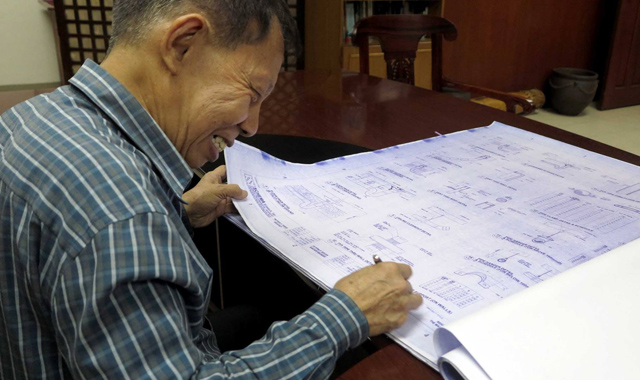 Finally, in 2015, the National Commission for Culture and the Arts, then under the chairmanship of Felipe De Leon, Jr., bought the building from the GSIS through the National Endowment Fund for Culture and the Arts of P270 million. Since then, the cultural agency has initiated clean-up drives, conservation forums, exhibits, and performances inside the theater in hopes of bringing back the luster it once had.

Two years later, it looks like this dream isn't too far from reach.