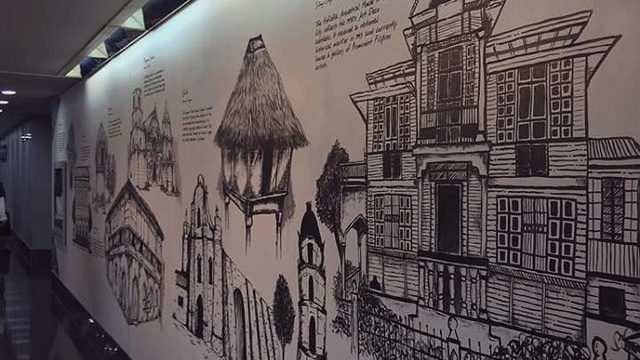 Have You Seen These Cool Murals at NAIA Terminal 3?

They're made by Filipino artists, of course!

(SPOT.ph) What used to be one of the world's worst airports may just be getting a splash of art and culture on its walls, thanks to a series of beautiful works by the collective KULISAP (Kultura, Linya, Sining, at Pintura). You can find the murals at the Departure Area of Ninoy Aquino International Airport Terminal 3 in Parañaque City. 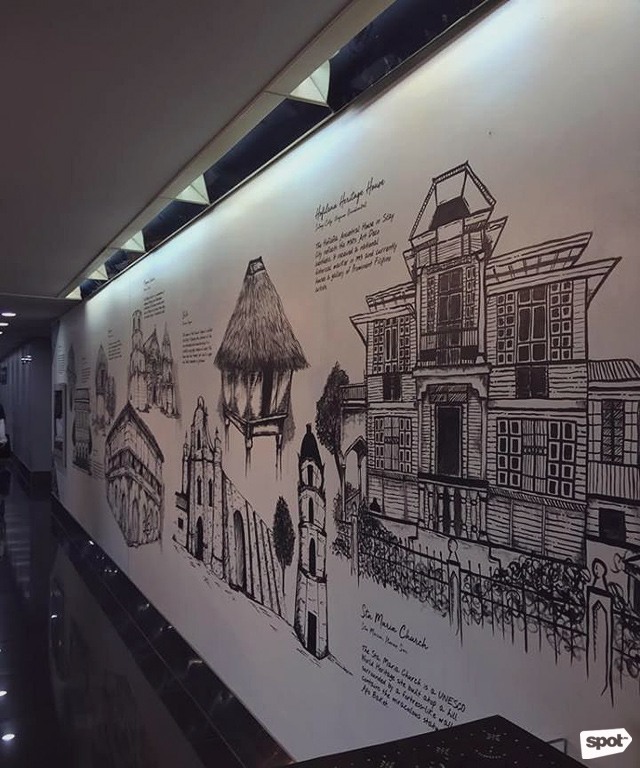 The black-and-white paintings depict various Filipino heritage structures that showcase our countrymen's ingenuity, including the Manila Cathedral, an Ivatan house, and a T'boli hut. There's also the Dilimbayan Tugaya Central Mosque, which was built after World War II by Hadji Hassan "Saif" Salisip Tamano and his fellow artisans from Tugaya.

The 18 figures on a seven-panel white wall that measures 29-by-8 feet were completed in a period of three days by five artists—Jomel Lugtu, Elijah Tan, Daryl Tonza, Deo Amarante, and Jenevieve De Jesus—in January. It was made possible by a partnership with Culturaid, a group that empowers indigenous communities through museum curations, design, and sustainable community development.

The next time you're at the airport, you know where to snap away!