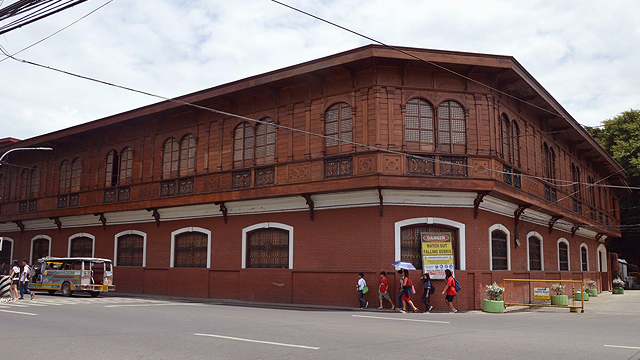 Iloilo's Newest Museum Is Housed in a Century-Old Trading Store

(SPOT.ph) Supporters of former President Ferdinand Marcos would always claim that his regime marked the "Golden Age" of Philippine economics. Data, of course, has debunked every bit of this myth; and it just goes to show how important well-researched economic studies are. Plus points if they can be easily understood by a social media-obsessed public. Now, a new museum in Iloilo City hopes to raise awareness about the country's economic history, specifically in the Western Visayas. The Museum of Philippine Economic History, housed in the Elizalde Building along JM Basa Street (or Calle Real), opens on February 11. Admission is free.

Managed by the National Historical Commission of the Philippines, the museum features old artifacts highlighting industries that have thrived through the years. There's a display of Tanduay bottles from the Ynchausti y Compañía, a prominent family-owned conglomerate founded by Joaquin M. Ynchausti and Joaquin Marcelino Elizalde in 1854 that owned distilleries, a shipping line, sugar mills, and a lot of other businesses; tools from the haciendas of Western Visayas' sugar plantations; looms from the oldest weavers in Miagao, Iloilo; and t'nalak cloth from South Cotabato.

It couldn't be more apt that these items are housed at the Ynchausti Commercial House, which was built in 1905. It was used as a trading store. Like most Spanish colonial houses in the Philippines, it was designed as a typical bahay-na-bato with a solid red-brick wall on the first floor and wood panels on the second floor. Capiz-shell windows framed by double arches can be found behind wrought-iron ventanillas that serve as natural ventilation for the whole house.

The Elizaldes bought shares and property, including the Ynchausti Commercial House, from Ynchausti's heirs in 1935 and renamed the company and the building as Elizalde and Co. In 1985, the Commission on Audit bought the building, which stood in what was considered Iloilo's center of commerce and trade during the late Spanish and early American colonial eras. Aside from the regional office of the Commission on Audit, it also housed the Local Civil Registrar, the City Planning and Development Annex, and the Iloilo City Hall Annex. These offices vacated the building in 2008 and after the Iloilo City Business District (Calle Real) was declared a national heritage zone in June 2014, efforts to restore the Elizalde Building were initiated by the National Historical Commission.

The Museum of Philippine Economic History is just one of the newly opened museums in Iloilo City. The Iloilo Museum of Contemporary Art opened on March 18, 2018, in Mandurriao, while the Western Visayas Regional Museum—formerly a provincial jail—opened in April 2018.

UPDATE (February 9, 3:00 p.m.): This article has been updated to clarify the original name of the building.

UPDATE (February 11, 10:30 a.m.): This article originally stated that Joaquin M. Ynchausti and Joaquin Marcelino Elizalde were cousins, based on an article in The News Today. It also stated that the building was used as a supermarket, based on an article in SunStar Philippines. These have been edited according to corrections by Manuel L. Quezon III: "The Elizaldes were given a small package of shares in 1893, which they've spun into ownership. The cousins of Elizalde were Teus y Yrissary. While there was another building on the square that was used as a residence, this one was used as a trading store that mostly held thread, hats, fabrics, and the like."

Museum Iloilo Travel Philippines
Your Guide to Thriving in This Strange New World
Staying
In? What to watch, what to eat, and where to shop from home
OR
Heading
Out? What you need to know to stay safe when heading out