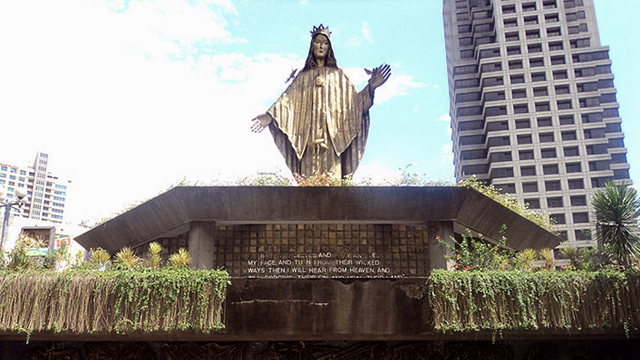 It was designed by National Artist Francisco Mañosa.

(SPOT.ph) It hasn't been long since renowned architect Francisco Mañosa, named National Artist for Architecture in 2018, died of a lingering illness. Although he's popularly known for designing the Coconut Palace, his most notable works include the EDSA Shrine, which has just been declared an "Important Cultural Property" by the National Commission for Culture and the Arts.

Being the work of a National Artist, the EDSA Shrine is "vested by a presumption of an Important Cultural Property." The church, canonically known as Shrine of Mary, Queen of Peace, Our Lady of EDSA, was erected to commemorate the 1986 People Power Revolution. The National Commission for Culture and Arts (NCCA) noted its unique design and says the structure can "easily be distinguished as Mañosa's work."

"It represents a modern take on Filipino architecture and adaptation of tropical architecture," the declaration reads.

Mañosa is well-known for integrating traditional Filipino architecture into his designs, taking inspiration from the bahay kubo and bahay na bato. According to an article written by his wife Denise Mañosa for the Inquirer, Mañosa initially presented a more bahay-kubo-inspired design for the shrine, but an "influential member of the committee" disapproved of it, preferring a Spanish design.

The article noted that Mañosa, whose battle cry was "I design Filipino, nothing else," almost walked out on the project. Adjustments had to be made to the design. "It was no bahay kubo, but neither was it Spanish colonial," his wife wrote.

The EDSA Shrine is popular for the bronze statue depicting the Virgin Mary atop the church, which was sculpted by Virginia Ty-Navarro.

Edsa Shrine Ncca Important Cultural Property
Your Guide to Thriving in This Strange New World
Staying
In? What to watch, what to eat, and where to shop from home
OR
Heading
Out? What you need to know to stay safe when heading out