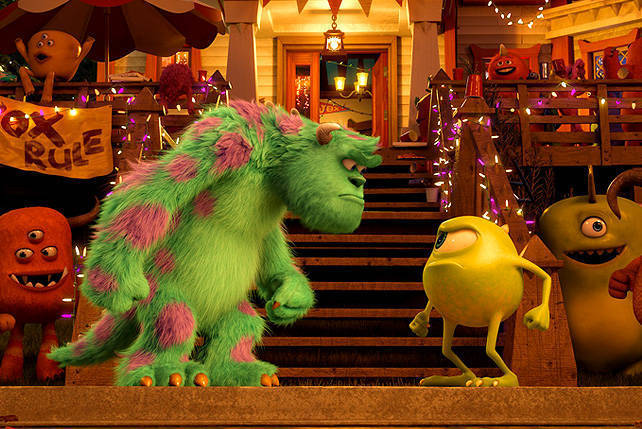 SPOT.ph blogger Paul Daza’s take on yet another Pixar opus.

(SPOT.ph) In this computer-animated prequel to Monsters, Inc., we meet the nerdy Mike (voice of Billy Crystal) and the charismatic Sulley (John Goodman) when they were first admitted to the prestigious scare school, Monsters University. Their dreams of becoming the best scarers in their class, however, are shattered when a mishap causes them to be expelled from the school's elite scare program.

It's a prequel that works. Former Pixar co-owner George Lucas gave prequels a bad name when he unleashed Star Wars Episodes 1-3 in 1999, 2002, and 2005. Some of the revelations they contained were so awful that they even tarnished the original classic trilogy (e.g. the plot point about 10 year-old Anakin Skywalker creating C-3PO). No such problems plague Monsters University, which is as perfect as any prequel can be. Monsters U inventively handles the introductions of Mike and Sulley, and deftly shows how a relationship that started off on the wrong foot "evolved" into the perfect friendship they enjoyed in Monsters, Inc. 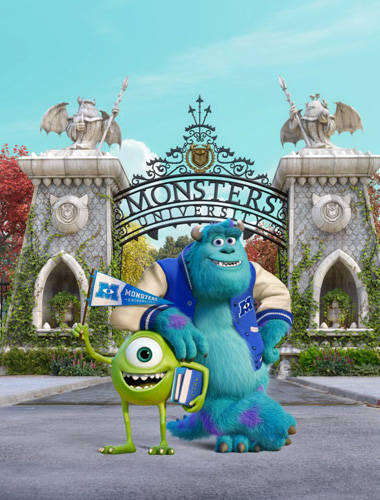 Never too cool for school!

The university setting. With the new school year just having begun in the Philippines (we're one of only three countries left in the world that start the academic year in June), it's very easy to get caught up and relate to the situation that Mike, Sulley and their other schoolmates face at Monsters U. Their desire to be accepted and to be seen as cool is the fuel which drives the story of Monsters University. The depictions of dorm life, terror teachers and colorful classmates are given a monsterful Pixar spin that make the movie ooze with visual delights from start to finish, making it the most entertaining school-set fantasy flick since Harry Potter enrolled at Hogwarts.

The Scare Games. To prove that they're as scary as the next monsters, Mike, Sulley, and four other misfits form "Team OK" to compete in the university's Scare Games. As the name suggests, these games are kind of like the Hunger Games from The Hunger Games and the Tri-Wizard Tournament from Harry Potter and The Goblet of Fire, except that teams of six-not individuals-are competing for the bragging rights. Of course, since Monsters University is a more child-friendly film compared to the aforementioned movie adaptations of teen & tween-targeted bestselling books, the challenges our heroes face in the Scare Games are G-rated as opposed to PG 13-rated. Children of all ages will be especially delighted by the obstacle course where glowing, sea urchin-like thingies are strewn about like mines; and by the race to retrieve a banner inside a huge library... without alerting the quiet-loving librarian! 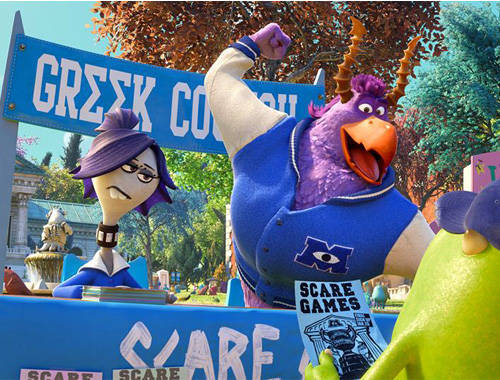 Who is up for some scare games?

The Mike-Sulley bond. Though the lesson that Mike and Sulley learn here about being true to oneself and rising above others' expectations is a mere variation of what Buzz and Woody learned from each other in Toy Story, I found myself deeply moved nonetheless when it was finally imparted in Monsters University.

"The Blue Umbrella." If you take your seat in the theater early enough, you'll be treated to another delightful, groundbreaking animated short. Prefacing Monsters University is Pixar's rain-drenched romance "The Blue Umbrella," which is about two umbrellas falling in love during a downpour in a crowded city. The most striking thing about this bonus attraction is its look, which sets new standards for realism in a computer-animated flick. It's the first Pixar mini-production to look like a live action short, and it's quite the dazzler.

The underutilized voice talents. We're used to the folks at Dreamworks wasting the services of movie stars in their CG animated movies by not giving them much to say. Cases in point: Jackie Chan in Kung Fu Panda and Jean-Claude Van Damme in Kung Fu Panda 2. With Monsters University, Pixar has ignominiously joined their Dreamworks rivals in the "talent wastage" club. Stay for the end credits of Monsters U and you may be surprised to see that the two-headed creature Terri/Terry is voiced by ace comedians Sean Hayes and Dave Foley. I tried to recall even just one instance in the movie when Terri or Terry said anything funny, but drew a blank. 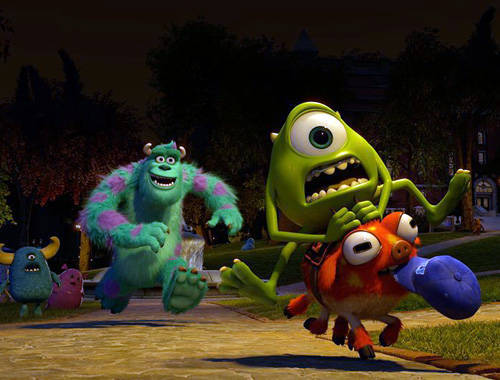 Mike and Scully’s idea of fun!

The dead air. In Pulp Fiction, Uma Thurman asks John Travolta if he hates "uncomfortable silences" as much as she does. The first half of Monsters University is spotted with many such instances of dead air that hurt the pace of the storytelling. Similarly, there are only about half as many jokes here as there were in the laugh-a-minute Monsters, Inc.

IN BRIEF: Though it's a wonderful prequel to Monsters, Inc. and as visually enthralling as anything Pixar has ever produced, Monsters University isn't in the same league as the studio's slam-dunk instant classics like the Toy Story films, Up, Ratatouille, The Incredibles, Finding Nemo, and Monsters, Inc.