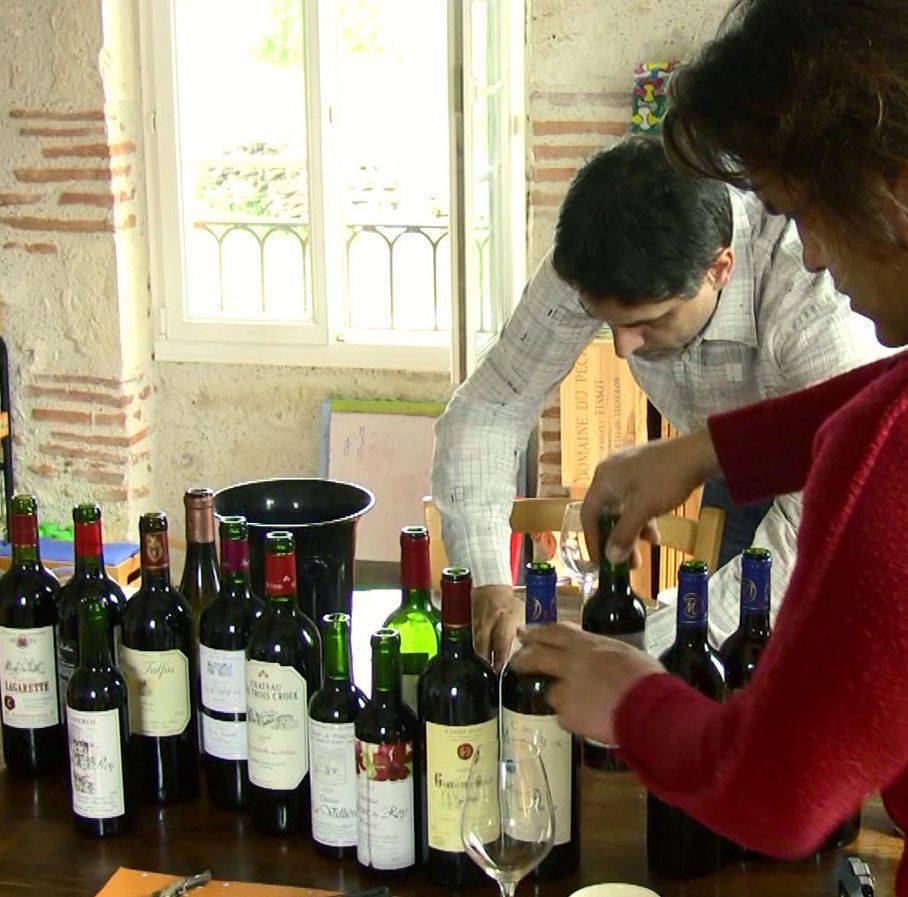 Sip your way through France and take your palate wine-tripping throughout 15 wine regions.

Every year, a Frenchman who has lived in Manila for 10 years makes a pilgrimage to his home country in search of the best new wines to bring back to his adoptive country. It is not an easy search, as his almost-month-long journey spans 15 wine regions, because his constant goal is to paint a true representation of the diversity of France’s wine landscape. [svgallery name="wine-revelations-france"] The "Philippon des Philippines," Jerome Philippon, owner of Sommelier Selection presented the results of what he calls his "annual campaign" last week at "Wine Revelations," a late afternoon cocktail held at Bar Lounge, the Renaissance Hotel.

About the trip, he said, "It was exciting because a friend from Australia came with me. It was great-we drove about 4,500 kilometers in three-and-a-half weeks, from Paris to Bordeaux to the South of the Loire Valley, going down to the Languedoc region to Provence to the Rhone Valley."

Specializing in independent French boutique wineries, Philippon chooses each wine through systematic research, interviews with artisanal winemakers, estate visits and lots and lots of comparative tasting. "We found some brilliant winemakers and formed new relationships with people in France. It’s always exciting to help these guys in opening in Asian markets," he revealed.

Philippon, who has been nominated for this year’s Les Trophees de L’esprit Alimentaire or The French Food Spirit Awards, added 25 new wines to Sommelier Selection’s wine list of 180 wines from 15 different wine regions in France. "[The 25] represent about 60 kinds of grape varieties. It is the widest and I believe the best French wine selection that you can find in the Philippines," he declared.

Besides expanding its Bordeaux collection, Sommelier also increased its selection of biodynamic and organic wines. Said Philippon, "What I want to point out particularly is that about half of these you are trying tonight are all organic...They are healthy wines, not that you can abuse the alcohol content! They are much healthier than you would ordinarily find...These wines are appealing more and more to people because they taste very good."

SPOT.ph’s resident wine nerd Andrej Wisniewski gave us his recommendations for three of the most interesting picks of the lot (2009 list follows afterwards):

Château Lagarette Cuvée Renaissance 2003 (P3,015) This Bordeaux blend of Merlot, Cabernet Sauvignon, and a little Malbec was a standout. This wine displayed a pleasant balance of berries, earthy and herbal flavors that changed with the finish. French wine fans will especially enjoy the structure and tannins which paired well with the roasted lamb. What was really interesting is the idea of biodynamic farming espoused by the winemakers, Olympe and Yvon Minvielle. It shows that vintners can indeed create impressive, full-bodied, and complex wines which are organic and biodynamic.

Domaine Elian Da Ros Côtes du Marmandais AOC 2007 (P950) The most surprising wine of the night came from a place I’ve never heard of. Marmande is in Southwest France and only an hour from Bordeaux. Winemaker Elian Da Ros’s organic blend of Merlot and Cabernet Franc was approachable, highly refreshing, quirky, and mysterious, such that I kept coming back to taste it. I am guessing it was the addition of Abouriou, a vigorous, tannic grape used primarily in wines from this area. I suggest tasting a bottle just for the fun of it.

Domaine Bott-Geyl Gewurztraminer Grand Cru Sonnenglanz 2005 (P2,940) From this highly-regarded, "nearly" organic Alsatian producer comes one of their best bottles. This Gewurztraminer comes from grapes in Bott-Geyl’s dry Sonnenglanz vineyard. The result is a rich, luscious wine with overwhelming honey and fruit flavors. The texture is almost oily (common in Alsace) and the finish turns slightly bitter but everything works well together. Medium-bodied with some residual sugar. This would be great served quite cold.

Others worth tasting include a robust, fruit-forward Clos du Caillou Les Quartz 2007 (P1,995) from Rhône and three velvety blends from Pomerol, especially the Clos Plince Pomerol 2005 (P3,200). Felicitations to Sommelier Selection for bringing in these fantastic wines.

Wine Jerome Philippon French Wine France Sommelier Selections Wine Revelations
Your Guide to Thriving in This Strange New World
Staying
In? What to watch, what to eat, and where to shop from home
OR
Heading
Out? What you need to know to stay safe when heading out