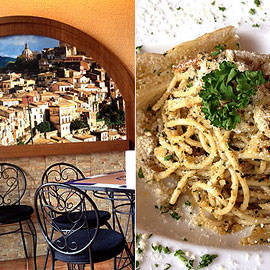 CHECK IT OUT: Cantina Sicilianita at Shaw Boulevard, Mandaluyong City

A little taste of Sicily 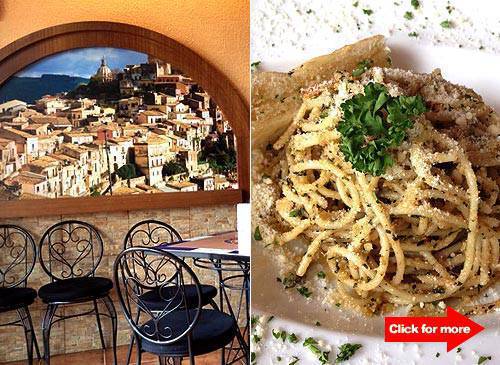 (SPOT.ph) It took Marky Buhain an indeterminate number of attempts, but now his efforts culminate before us: a plate with a dainty pair of crisp tubular shells tinged with chocolate and espresso, bursting with light-but-rich ricotta and pistachios. A generous sprinkling of confectioner’s sugar adds a sweet oomph. The pastry breaks at the softest bite, flaky but not at all brittle; the cheese thick without being overwhelming. Finally, his legendary-or soon-to-be, at least-cannoli (P130). We had to "suffer" through three other courses for it and the wait, which consisted of toothsome meat balls and pasta, was well worth it.

Cantina Sicilianita, which opened late last year, is Buhain’s passion project inspired by an Italian vacation three years earlier. "I had the cannoli and I knew I had to bring it to Manila," says the robotic engineer-turned-businessman-turned-restaurateur. Instead of having a chef, Buhain learned techniques from Sicilians and made the recipes in his own kitchen. "Everything here is all about my passion-from cooking to food to coffee," he adds.

Cantina Sicilianita has its fair selection of pastas, but pizzas are noticeably absent from the menu. "Sicilians aren’t known for pizza," explains Buhain. "Their flavors are more Moorish than the rest of Italy." Instead, sink your teeth into some of his homemade pesto. Pesto Siciliano (P130) uses sun-dried and fresh tomato for  a unique touch. Wash everything down with Buhain’s homemade limoncello.

In keeping with the Sicilian tradition, Buhain aims to keep his cozy cafe intimate and personal. The door leading to the cantina is almost inconspicuous amid the bigger retail stores in the Facilities Center Building at Shaw Boulevard. But that’s just the way it is: a simple place to kick back with some coffee (all 100% pure arabica) and a plate of cannoli. "That’s what Sicilianita means, quaint...bits and pieces, which are good with wine. Just a sampling of the quaintness of Sicily," he says.