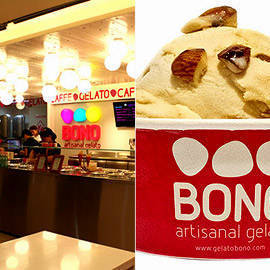 CHECK IT OUT: Bono Artisanal Gelato at SM Makati 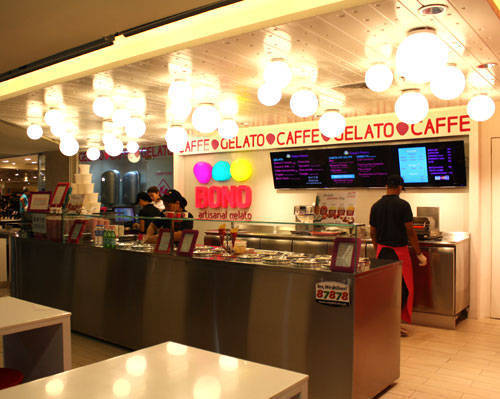 (SPOT.ph) As gelato places go, we'd say this one's a rock star-so yes, the name makes sense. But it turns out Bono Artisanal Gelato isn't named after U2's famous lead singer. Well, only partly. The name was inspired by Giacomo Schiavon, maestro gelatiere, who is well-known in gelato circles for his La Sorbetteria Castiglione in Bologna, described by Condé Nast Traveler's Concierge.com as "the high temple of the local gelato cult." Bono marketing director Rea Gomez- Harrow trained under Schiavon at Carpigiani University, once referred to him jokingly as "the Bono of gelato," and a gelato shop was born.

Bono isn't your typical Manila gelato place, though. Instead of the multi-colored fruity-slash-creamy mounds on display within a giant glass freezer, their gelato flavors are hidden in cylindrical lidded containers to preserve freshness-each of their flavors is made on site daily using a Cattabriga vertical batch freezer that allows them more control over the gelato's texture and flavor. It also means they don't need to use anything but all-natural ingredients, and as little sugar as possible. The difference is distinct in every one of Bono's flavors (P85 for a small cup, P130 for a single-scoop cup or cone, P200 for a double), from the expected (Pistachio, Vaniglia) to the unusual (Chili Tamarind). 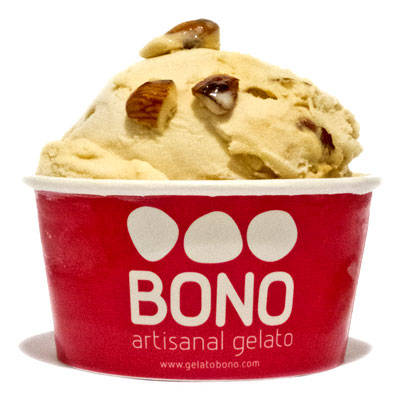 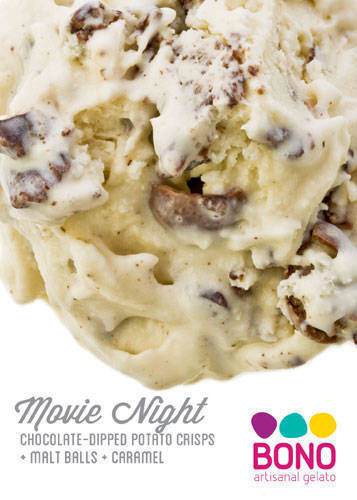 Among our favorites: the Pistachio, which we were fortunate enough to try freshly churned-it wasn't colored an artificial pale green, but its flavor can only be described as bursting with a rich nuttiness. Cereal & Milk will take you back to your childhood, its creaminess punctuated with crunchy cornflakes. Coffee Honeycomb is an ingenious combination of a strong coffee flavor and a delicious crunch from honeycomb candy, but we were most surprised by Movie Night, a combination of caramel, Maltesers, and potato chips, the saltiness from the chips making a grand entrance on your palate after the rich caramel. 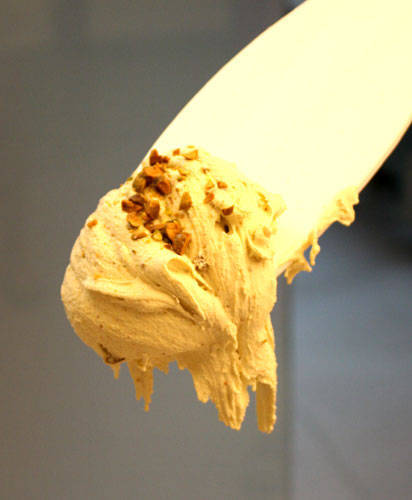 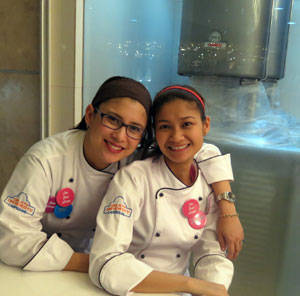 Gomez-Harrow with Zarah Manikan, who is in charge of R&D

Since Bono makes their gelati fresh every morning, flavors vary each day, with as many as 20 different kinds on weekends-most of which ending up sold out by closing time. They're set to open a second store at the Podium this May, and if the first store is any indication, they'll be selling out there, too.

Ice Cream Gelato Icecreamshop
Your Guide to Thriving in This Strange New World
Staying
In? What to watch, what to eat, and where to shop from home
OR
Heading
Out? What you need to know to stay safe when heading out