(SPOT.ph) In the 29 days since we last mentioned the Cronut and its then three local incarnations, seven more restaurants and bakeries came out with their own versions, making the total croissant-donut tally an even 10: 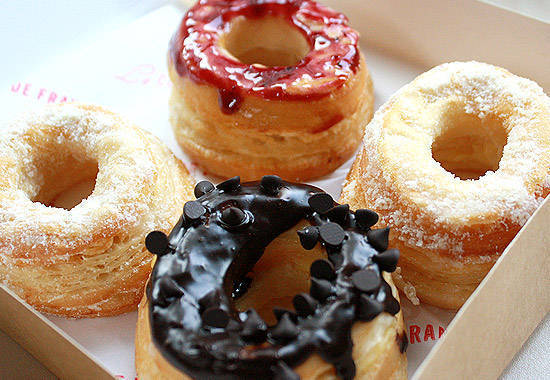 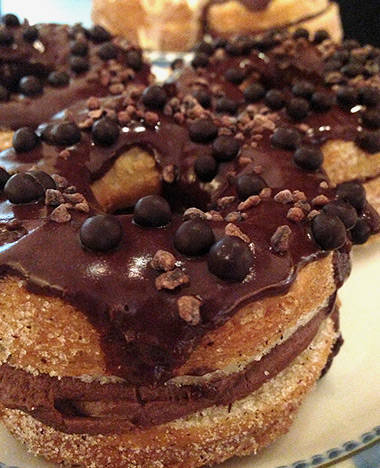 Not to be swayed by the trend of the croissant-donut portmanteau, however, Mesclun Bistro at Serendra launched their very own one-of-a-kind creation: the-wait for it-Croclair, a sweet masterpiece that follows the conch shell shape of a conventional croissant (remember what those look like?), but tiny and stuffed with a light filling, much like the creamy constructs of an eclair. Chef Katrina Alcantara sells her bakes in two variations, original and lemon. Though not as prominently featured on the menu as, say, the cronut reinventions in other excited restaurants with their giant signs and server spiels, these Croclairs (P125) are something special. They’re baked fresh as you order, requiring a good 10 to 15 minutes to make. But best of all, the little treats are more light than decadent, just enough to give you that sweet ending after a hearty gastronomic affair at Mesclun. Have it with a cup of joe to let the bitter notes of coffee lift its delicate flavors. 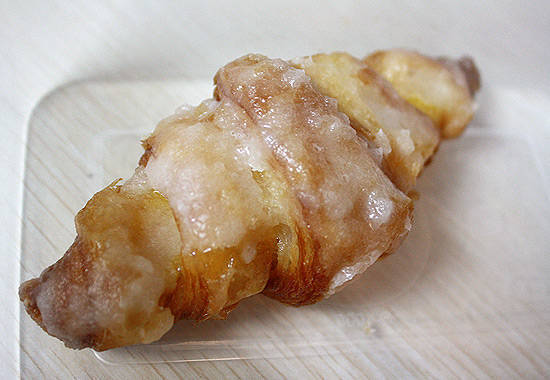 It’s not the most attractive thing, but we assure you the Croclairs have promise.

But despite Chef Katrina’s efforts, the country’s initiator of mash-up confections are showing that they’re way ahead of the competition with more Cronut-oh, excuse us-Croissant Donut flavors than Dominique Ansel himself. In fact, while the New-York-based patissiere is quietly basking in the fame of his creation, Wildflour has out-Ansel-ed the Cronut master himself with another development: the Crookie (P120), this time from bakers in Canada who took their cue from New York’s trend of merging two types of pastry together. Like Olivier Jansen-Reynaud of Toronto’s Clafouti Patisserie et Café, Wildflour stuffs a whole Oreo inside a croissant for a rich, chocolatey surprise. 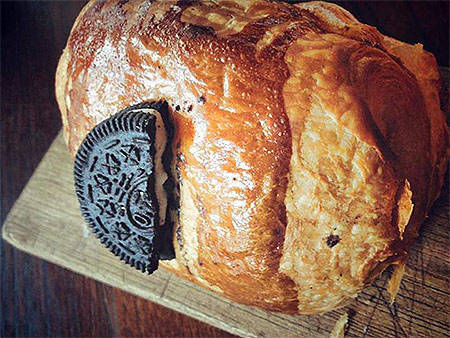 The concept behind the Crookie.

We don’t oppose innovation. In fact, we welcome it. But what was wrong with the old croissant? Also, can we make our own, uniquely Pinoy croissant reinvention? A croissant de regla, perhaps?

Cronut Croissant Crookie Cookie Cronut Croughnut Kronut
Your Guide to Thriving in This Strange New World
Staying
In? What to watch, what to eat, and where to shop from home
OR
Heading
Out? What you need to know to stay safe when heading out