New Restaurant Alert: Pi Breakfast and Pies at Teachers Village, Quezon City
Loading
Already a member? Log in
No account yet? Create Account
Spot.ph is your one-stop urban lifestyle guide to the best of Manila. 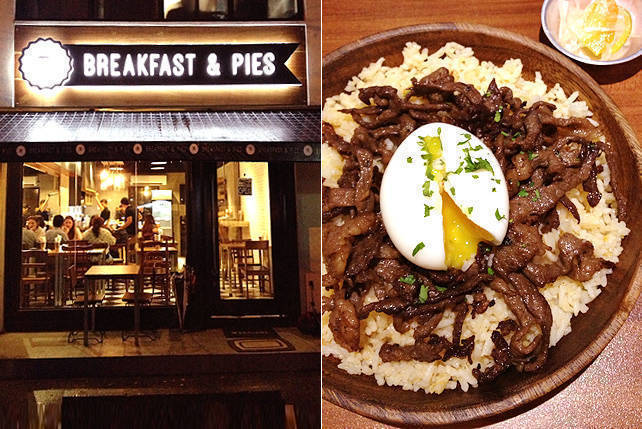 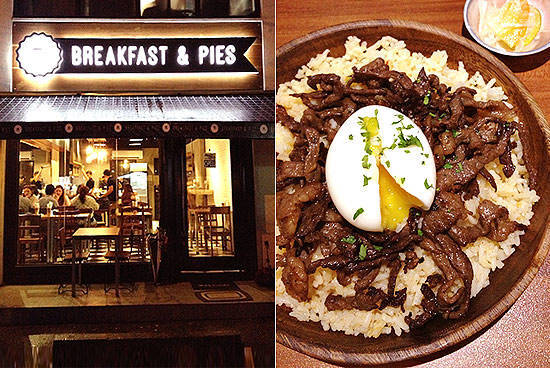 (SPOT.ph) Just when you think Ed Bugia, chef and co-owner of Pino, Pipino, and BRGR: Burger Project, has his fingers in too many pies, he lays his hand on another one: a new food joint that specializes in, what else-pies and breakfast. 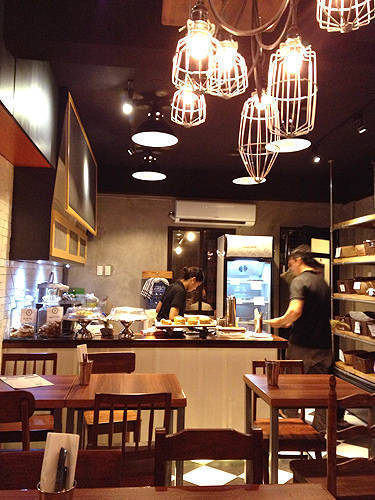 The idea for π Breakfast and Pies started a year ago between Chef Ed and business partner Alessandra Lanot who both wished to open a bakery in bustling Teachers Village. Due to unforeseen circumstances, however, it never really took off-that is, until the laundry shop next door shut down. "Actually, we had the name first, then everything else came along," says Chef Ed. There’s Pino Resto Bar then Pipino Vegetarian, and now π (Pi, get it?)The breakfast concept, however, came later. "It made sense because there's no breakfast place in Maginhawa," he adds. 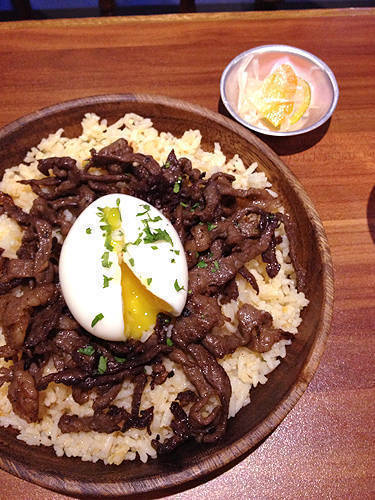 π fulfills the typical Pinoy breakfast requirement of -silog, but with some of Chef Ed’s signature sass. Case in point: the Beef Sirloin Tapa (P225) is made with Kitayama Wagyu from Bukidnon. Strips of the tender beef sit on a mound of fried rice subtly flavored with kimchi. The rice acts as a nest to a six-minute soft-boiled egg which, when pierced, releases a golden lava of yolk that coats the dish in delicious creaminess. But Chef Ed’s creativity doesn’t end there. Thick-cut bacon and sriracha-laced hollandaise take the roles of the traditional Canadian ham and buttery sauce in the Eggs Benny (P275); pancakes take on a chocolate cookie dough version; and champorado is made with dark chocolate then served with cream cheese. 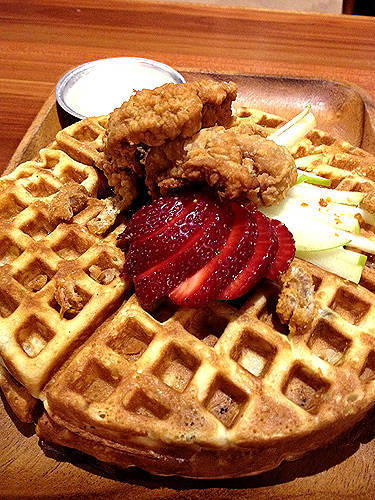 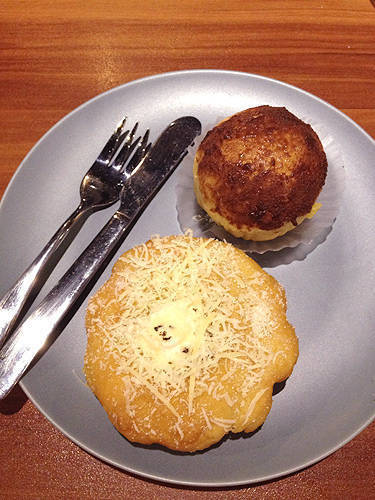 "It's not full on fusion," says Chef Ed of the menu. "You want people to be smiling when they're eating. ’Yong napapaisip mo sila." With corn, jalapeño, and chicken skin joining  blueberry jam, freshly sliced strawberries, and apple slaw atop waffles (Chicken & Waffles, P165), you'll surely be scratching your head-while giving the chef two thumbs up for his risky innovation. Even the pastries weren't spared from the creativity: Ricotta Ensaymada, Red Velvet Brownie, and Milo Pastel sit alongside classics like Chocolate Chip Cookies, Brioche Loaf, Pandesal, Spanish Bread and Sticky Buns. 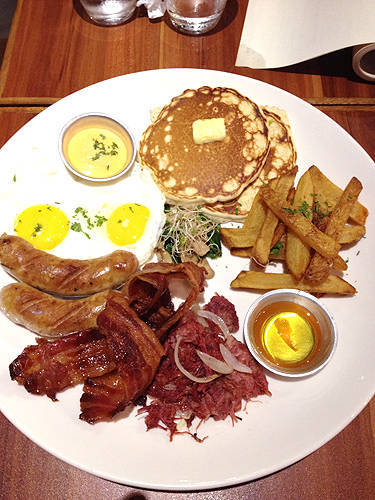 Aside from offering new interpretations to old favorites, the π menu also features homemade items that will have you wishing it had its own deli (a wish that's not quite a long shot-a sign of things to come). The π Platter (P625) is a perfect canvass for Chef to showcase his masterpieces: beef belly corned beef that has been cut to chunks instead of shredded; lean, flavorful, and smaller-than-the-usual Hungarian sausages; finger-sized fries that have been deep-fried in bagnet fat; and impressive condiments like orange honey for the fluffy pancakes (a nice citrusy alternative to maple) and sriracha mayo for, well, everything else. 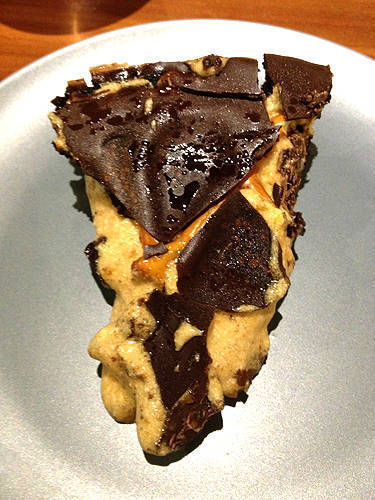 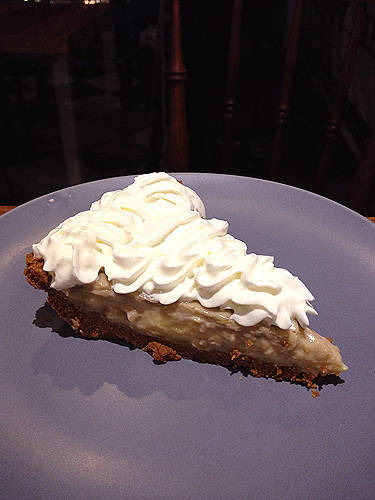 People familiar with the myriad of treats at the Momofuku Milk Bar as well as with Milk, its bestselling cookbook, will immediately notice that π adapted some of the New York bakery’s famous desserts for their menu. There's the cereal milk and the compost cookies, as well as the infamous Crack Pie and Candy Bar Pie (P155/slice for each)-both pies are sweet but not cloying and tamer than their NYC counterparts. Fruit pies also make the cut in the form of Key Lime, Banana Cream, Apple Gruyere, and Choco Raspberry. The Butterfinger and Smores Pies, on the other hand, would zoom you back to your childhood.

There's comfort from breakfast food, all right, but you’ll find that it’s different when you have your early-morning meal at π Breakfast and Pies.