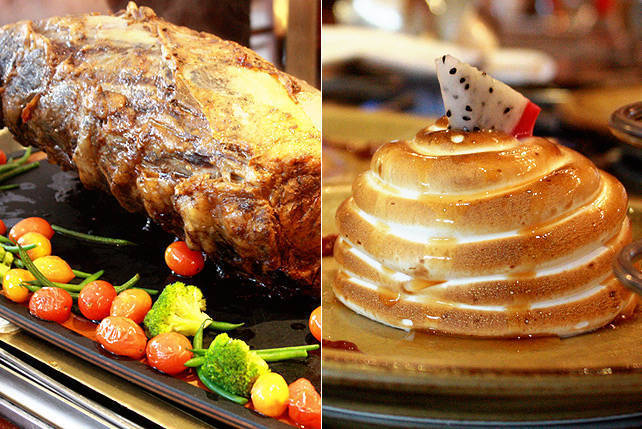 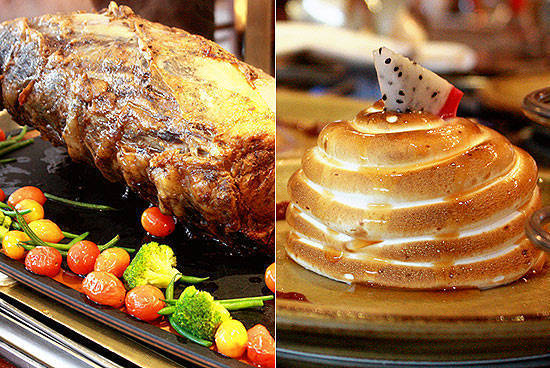 Everything glistens in this restaurant.

(SPOT.ph) If we could hand out points for showmanship, Cowrie Grill would probably score a hundred: the Caesar Salad is prepared fresh tableside; the prime rib (on this occasion) is sent out whole and sliced for everyone to see the glorious pink core; the Baked Alaska is a fiery exhibition of flambeeing and tossing. When its first branch opened in 1977, it promised a sensorial spectacle for the high-end dining crowd by pairing a lavish but intimate atmosphere with performance-from the presentation to the interplay of flavors in each dish. With the fancy foodwork, we almost expected the waiter to swallow fire. 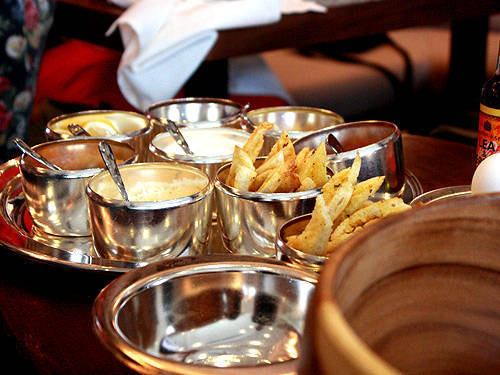 Cowrie Grill was Manila Hotel’s signature steakhouse until it was shut down in 2011 to make way for the expansion of international buffet, Cafe Ylang Ylang. "We’ve always planned to relaunch it, we had to look for a place," said Manila Hotel Executive Vice President Dr. Enrique Yap who himself has fond memories of the old Cowrie Grill. "It always had a strong following and for the revival, we wanted to bring it closer to our clients," he adds, explaining its new San Juan location away from the Roxas-based hotel.

It’s not as upscale as it was before, with the requirement of formal dressing looking a little funny in the casual enclave of Promenade Mall. Subtle compromises in the interiors show how they teeter on the edge of informal eating, but are careful to not step over fine dining, a concept that hasn’t successfully made headway in the Philippines. Strings of dangling cowrie shells fringe the ceiling while dark wood walls serve as a throwback to Manila Hotel. The tables are small four-seater squares and on one side, a row of booths individually shielded by a sheer canopy to create the illusion of intimacy. Gray earthenware plates are glazed to give it a bit of polish that makes for more relaxed chowing down than if plates were fine china. 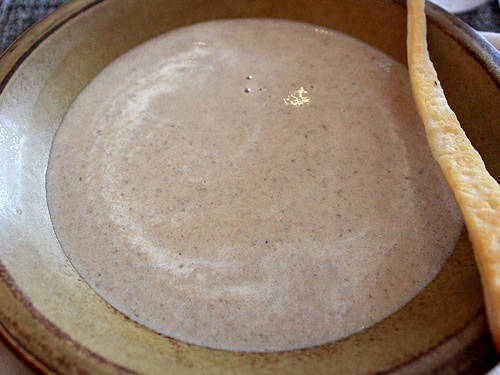 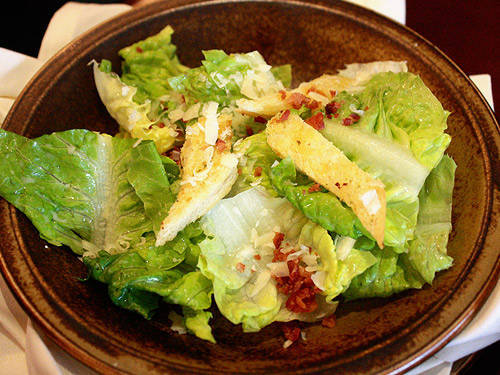 Young chef Michael So Chan maintains most of the recipes from the old Cowrie Grill. "Classical cooking that’s comforting," he describes. Three mushrooms layer a vigorous blend of sweetness (oyster), savor (porcini), and earthiness (button) in the Fresh Mushroom Cappuccino with Brie Croutons (P250)-the last element, a tuille of savory bread, adding color to the profile. The Maitre’ D Caesar Salad (P290/plain greens; P460/with shrimp), served tableside, will have your mouth watering as the smell of lemon juice, anchovies, and egg waft through the air. 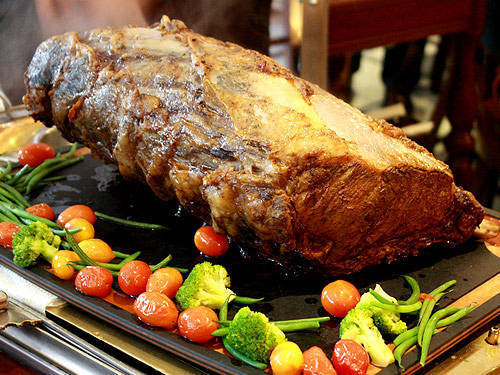 They have a variety of steaks and other cuts on the menu, all of which are complemented with a spirit (wines or cognac), but the Prime Rib (P1,400/English cut; P1,800/New York cut), despite its relative simplicity, is satisfying enough. The generous slice of US Angus is roasted to a nice pink medium rare, leaving the seasoning to the naturally subtle savoriness of beef. It comes with a trio of sauces-peppercorn, mushroom, and Bernaise-as well as a baked garlic and watercress salad. 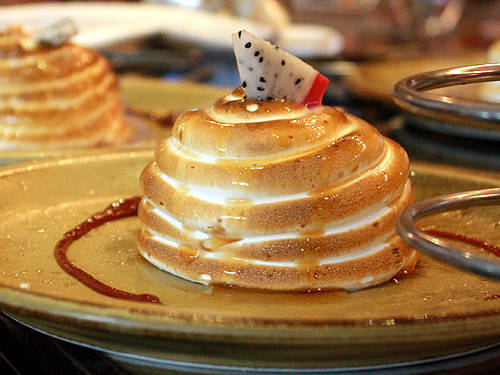 While it sticks to practiced formulas, Cowrie Grill has fun with classics. The Baked Alaska (P420), traditionally made by layering ice cream and sponge then topping it all with a meringue-becomes the more intricate Bombe Alaska. Burning brandy is poured over the dome of whipped egg whites to create a sensational but subtle punch.

With a new location, a young chef, and a dash of nostalgia, the future seems to be promising for this old-timer.