International restaurants Nobu, Todd English + more to open in Manila in 2014
Loading
Already a member? Log in
No account yet? Create Account
Spot.ph is your one-stop urban lifestyle guide to the best of Manila. 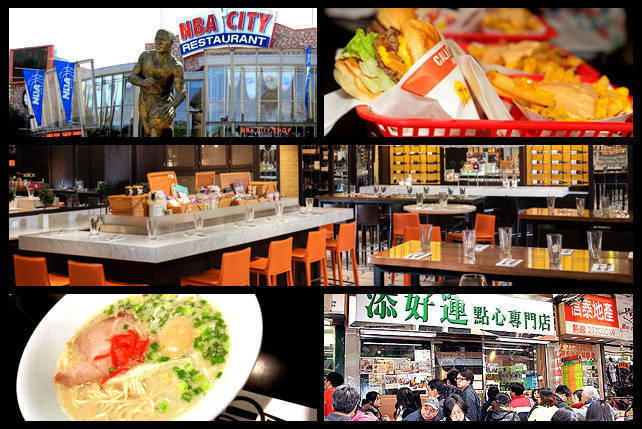 Our mouths are watering thinking about these soon-to-open restaurants. 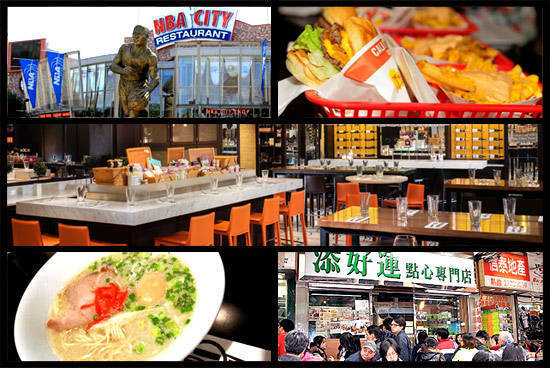 (SPOT.ph) Nope, In-N-Out is not opening. Neither is Din Tai Fung. Neither is Panda Express (though they did donate $600,000 for Yolanda victims last year so we can feel their spirit in the rehabilitation efforts). The rumors are still rumors, but the international restaurant scene in Manila continues to grow. We’re not going to whine about what we don’t have. Eric Kayser, Paul, Ramen Nagi FINALLY opened shop late last year, but that’s only the beginning. Here are eight international restaurants confirmed to open within 2014. We’re excited!

Hit the comments section for other restaurants you want to open here. 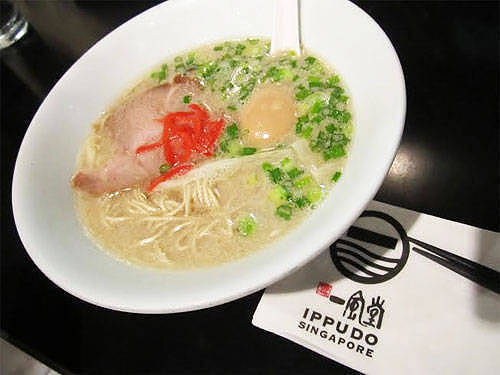 With their success at bringing katsu to the fore, the Yabu group is investing in another Japanese specialty: ramen. Established in 1985 in Fukuoka, Hakata Ippudo is often considered to be one of the best ramen restaurants in the world. They opened their first overseas branch in New York in 2008 where it has been lauded by New York Magazine (described as a "revelation") and the New York Times.

Ippudo is located in 11 cities across the world, with the 12th rumored to be simmering in SM Megamall’s newly opened Mega Fashion Hall. 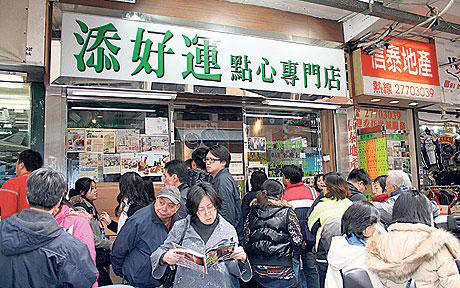 Tim Ho Wan proves that street food can be worthy of a Michelin Star if it’s really, really ridiculously good. Despite other items on the menu, their Baked Buns with BBQ Pork can attract long lines all on their own.

Chef Mak Kwai Pui’s former Mong Kok hole-in-the-wall has expanded to other Hong Kong branches as well as stores in Singapore. In the Philippines, it’s due to open big with three stores already in the works: SM Megamall, Glorietta, and SM Mall of Asia.

When this long-awaited restaurant finally opens in SM Aura, it will mark the first time a world-renowned celebrity chef would open a franchise in the Philippines.

Food Hall is one of Todd English’s many culinary endeavors, with the flagship (and only other) branch at the Plaza Hotel in New York City. The market-style restaurant is elegant, airy, with marble floors and wood panels. We can only cross our fingers that the Aura branch would exude the same ambiance. 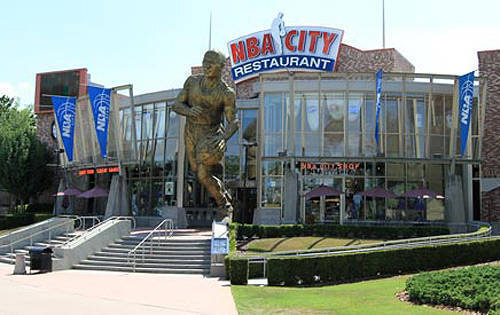 Also breaking ground in SM Aura, the NBA Cafe in Asia plans to bring US basketball closer to basketball-crazed Filipinos. The cafe, which will be decked with family-style seating, a retail area, and viewing section, was set to open in September 2013. NBA legend Muggsy Bogues also visited the construction site.

The NBA Cafe is also known for being a hotspot to get a glimpse of cagers. The one in SM Aura is the second off-US site, after the Madrid branch opened in 2013. 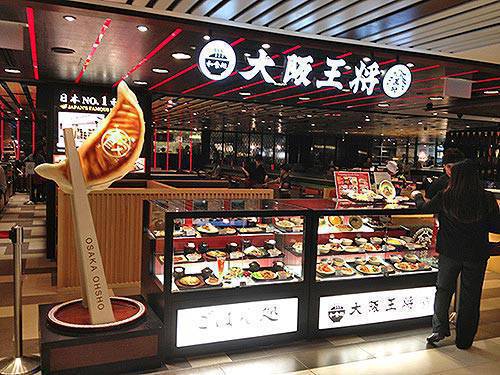 Translated, Osaka Ohsho means "King of Gyoza in Osaka." That alone should be enough of an indication as to what they’re good at. The menu is Chinese and Japanese, but it’s really those meaty dumplings-three kinds of pork mingling together with cabbage, ginger, and garlic in one lustruous wrapper-that has everybody waiting in line. Osaka Ohsho, opening in SM Megamall, will be brought to the Philippines by the Wee Nam Kee Group. 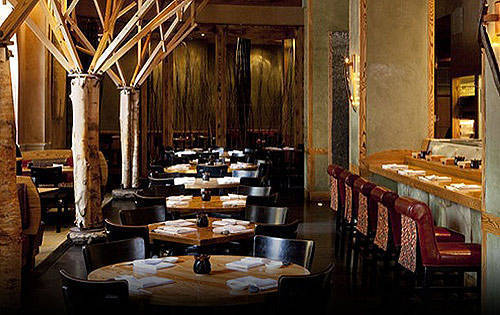 Yes, this is the reason Robert De Niro made a surprise visit to the Philippines. Nobu Hotel is set to be the second of three hotels in City of Dreams Manila (Entertainment City). The restaurant that started the entire brand will also open with the hotel. Nobu, by Chef Nobu Matsuhisa, fuses traditional Japanese fare with Peruvian ingredients.

There are over 20 Nobu locations around the world. DeNiro is one of the restaurants’ co-founders and creative directors. 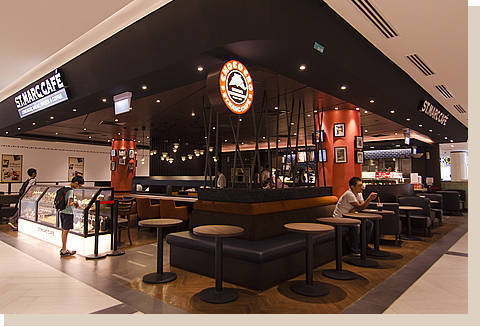 This cafe and bakery started in Tokyo in 1998. Apart from freshly brewed coffee made with the highest quality beans, they put particular focus on their pastries, specializing in the flaky croissant-type Chocoro with a dark chocolate filling. From grinding the coffee to baking the breads, everything is made from scratch. With this much effort, St. Marc isn’t shy about putting their colorful pastries and desserts on full display. St. Marc Cafe has branches in Japan, Singapore, and soon, SM Megamall Mega Fashion Hall. 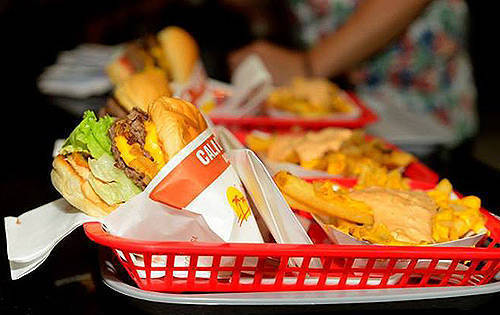 Since there’s no confirmation on all the speculation about In-N-Out, go for this alternative. Take it from the L.A. Times: "CaliBurger has made some tweaks to the In-N-Out formula that even some Southern California die-hards might ﬁnd an improvement on the original."

When this fastfood favorite landed on Philippine shores on January 15, they were armed with big plans for expansion. The massive restaurant-lounge-bar opened in Century City Mall, Makati City. The laidback burger joint introduces the flavors of California with their fresh-baked buns, grass-fed beef, hand-selected vegetables, and zero trans-fat oils.

Already, IP Ventures, who brought the brand to the Philippines, has plans for a free-standing branch on Timog as well as another big branch in Boracay.

Ippudo Nbacafe Restaurants Manila
Your Guide to Thriving in This Strange New World
Staying
In? What to watch, what to eat, and where to shop from home
OR
Heading
Out? What you need to know to stay safe when heading out