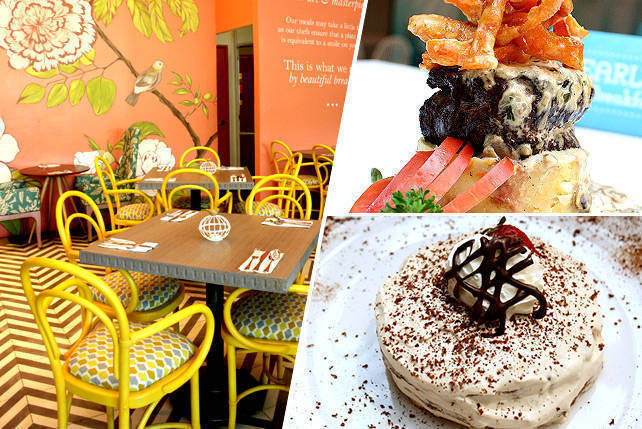 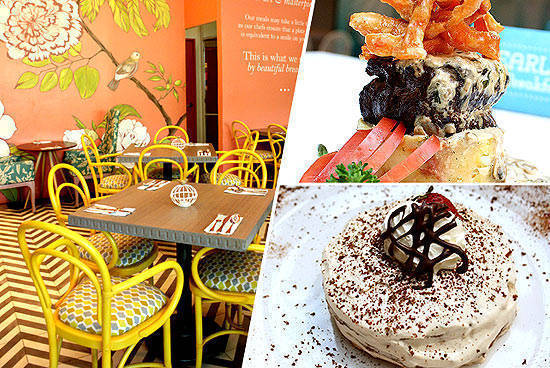 (SPOT.ph) No restaurant takes the notion of "beautiful mornings" as seriously as Early Bird Breakfast Club-and theirs is a beauty that lasts until the evening. The interiors ply a pick-me-up color palette that vividly paints how mornings-or waking up-should be like. 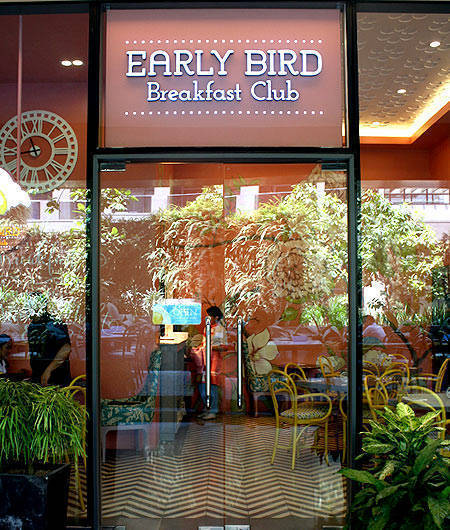 Is the chevron detail familiar to you?

"Each branch will have its own unique style that is evidently Early Bird. Real breakfast lovers will know that they are in Early Bird wherever branch they go to," says Co. 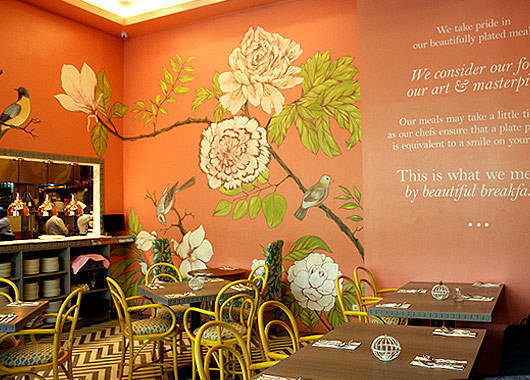 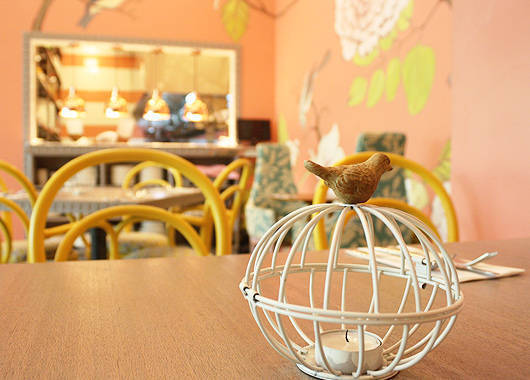 More salmon and yellow compared to the BGC flagship's primary seafoam and orange hues, Early Bird at Century City Mall is still the same pretty affair, with floral and chevron accents, and adorable kitsches. (It's hard not to want to take home that bird cage candle holder.) But there's the novel green "grass-inspired" wall adorned with lamps-to complement the aesthetic of the mall-as well as a charming al fresco area that almost makes you forget that you're not in the countryside. 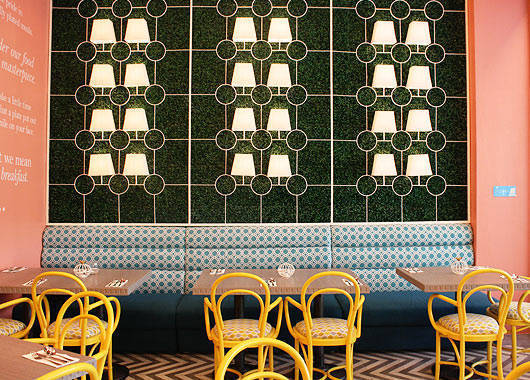 The mall has a similar faux grass accent. 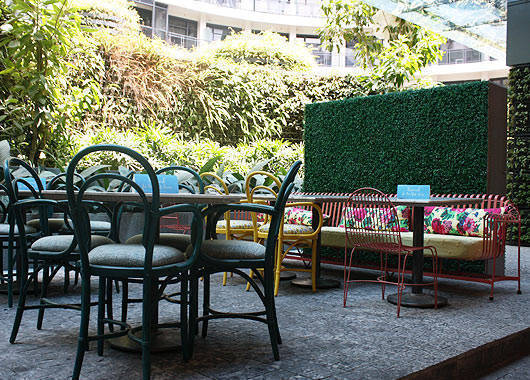 A shady al fresco deck that works exquisitely with the breakfast concept.

The opening of a new branch coincided with the launch of new dishes, which Co says will be available in all Early Bird outlets. Executive sous chef and Filipino breakfast expert Matthew Lim once again shows his innovation in the Sweet Glazed Katcino (P375). "We always like to be different here," says the young chef who developed the katsu-tocino cross. A large slab of pounded, boneless thigh replaces the usual pork. The flavors are classic tocino, but with an appetizing crunch from the bread coat. Rice and tomato salsa evens out the intense profile and a runny sunny side-up egg completes the picture of a perfect Filipino breakfast. 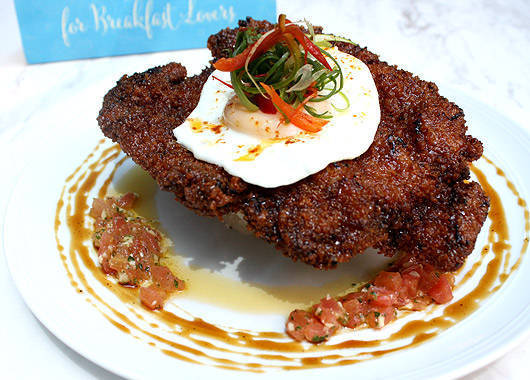 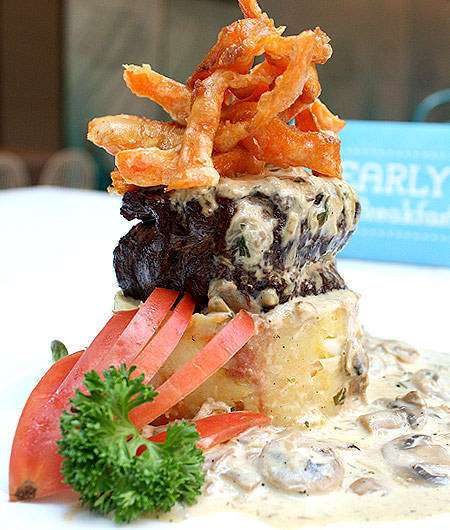 Early Bird has a flair for layering their food like beautifully stacked sculptures. The Tenderlovin' Breakfast Care (P695) is no exception. A two-inch-thick filet substitutes the usually lank breakfast steak as it sits on a platform of bubble and squeak (made with potatoes and carrots). On top, a tangle of sweet carrot fritters. Slice through the beef and you'll be greeted with that rosy shade of a medium rare. Mushroom cream sauce adds more moistness to the beef. Because steak can never be too juicy. 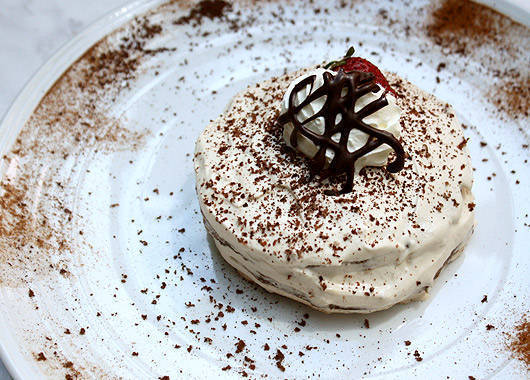 The marriage of bitter and sweet is showcased in the dessert Tiramisu Pancakes (P325). The stack is served chilled, swiped with and mediated by whipped cream for unending lusciousness. There's that subtle bittersweetness that only coffee and chocolate can make so sinful. It's surprisingly light, too, which may be something to be cautious about. You can finish an entire plate without even noticing it.

The Century City branch is only the second in a long list of plans for the franchise around Metro Manila (and maybe even the world, hints Co). No matter what time you wake up-and soon, no matter where-your day will always start beautifully at Early Bird Breakfast Club. We’ll see you at the upcoming Eastwood branch.

Early Bird Breakfast Club Centurycitymall Breakfast Manila
Your Guide to Thriving in This Strange New World
Staying
In? What to watch, what to eat, and where to shop from home
OR
Heading
Out? What you need to know to stay safe when heading out