The Frugal Foodie's Guide to Dining in Manila: Great Meals for P200 or Less
Loading
Already a member? Log in
No account yet? Create Account
Spot.ph is your one-stop urban lifestyle guide to the best of Manila. 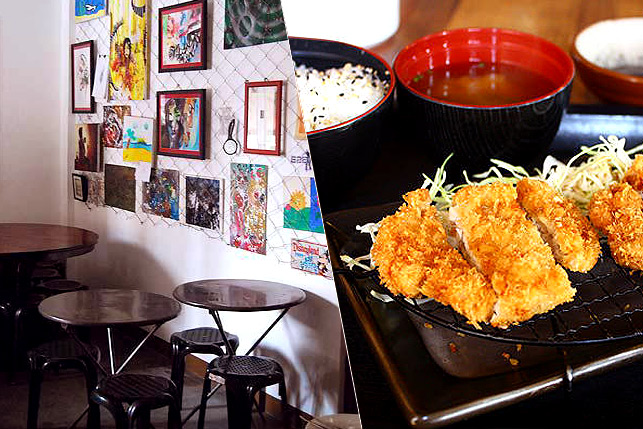 The Frugal Foodie’s Guide to Dining in Manila: Great Meals for P200 or Less

A guide for those who want good food on the cheap. 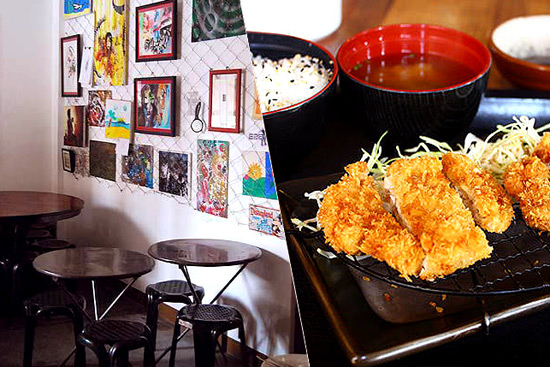 (SPOT.ph) We love food that gives value for money-and we love it more if it doesn't cost an arm and a leg. Whether you're tightening your belt, saving for a European cruise, or just hungry, we've compiled a list of satisfying meals for less than P200.

Manage your expectations accordingly. This isn't fine-dining. In fact, some of the places don't even require silverware. Wallets, enjoy. 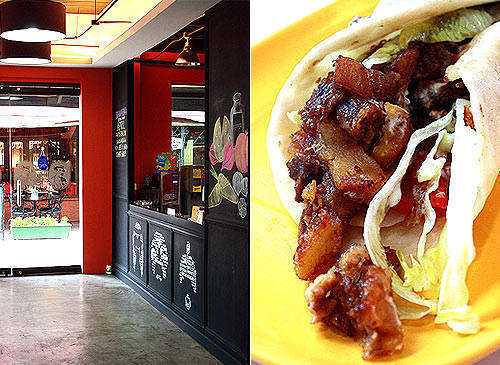 The specialty is hand-held food that offers a pretty filling alternative to a regular sit-down meal. Ninety-nine percent of Shawarma Guys' shawarma falls well under our P200 price cap-which is impressive for a restaurant in Bonifacio Global City. They also have kebab meals with chicken and beef options that range between P170 to P190. The guys behind Shawarma Guys have a no-frills approach to food, but who cares so long as it's good-and cheap. 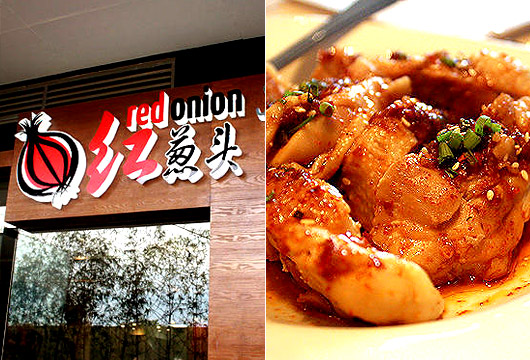 Ramen is still one of the hippest eats in Manila. This isn't the place for Japanese noodles, but it does offer something similar for a much friendlier price. Red Onion's signature Gourmet Beef Noodles fall a little off our price range, but consider this: it's P228 for unlimited noodles and broth. Unlimited. Noodles. And. Broth. You can't get a bigger deal than that. Still, if you're a bit tight-fisted, there are other, more affordable noodle choices and mains. 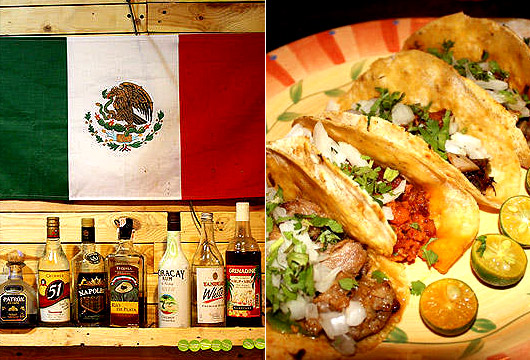 Their tacos are almost as legendary as the monster they're named after. In fact, El Chupacabra's menu revolves around them; everything else falls under "Other Good Stuff." With over 15 varieties of tacos available-the most expensive being P135-it's like being in a Mexican fiesta. They also have rice dishes and add-ons (like skewers and wings) to really add excitement to your meal. 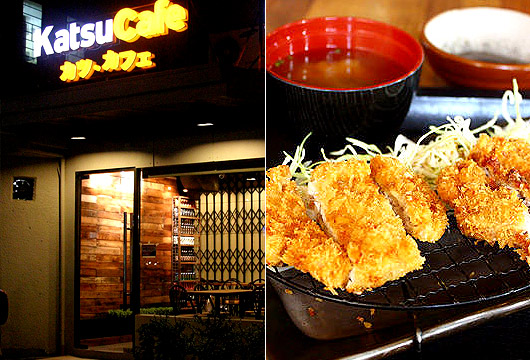 Here, they offer katsu set meals at unbeatable prices. Katsu Café probably charges the cheapest amount for this popular breaded pork, which is traditionally served with miso soup and cabbage salad. With branches strategically situated in bustling neighborhoods around Metro Manila, Katsu Café is already considered a habit by many students and cubicle-dwellers. Their tonkatsu is included in our Top 10 Best Tonkatsu list. 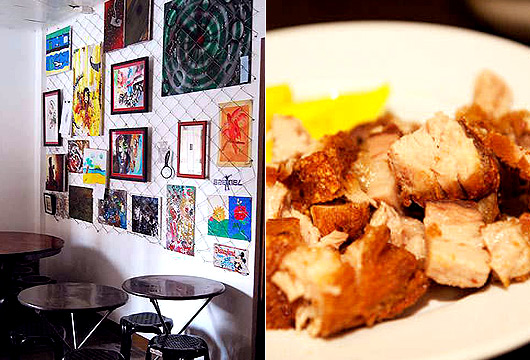 There's charm in this neighborhood hole-in-the-wall-although it's not very obvious. 8065 Bagnet is a tight, bagnet-themed nook that doubles a bit like an art space with doodles, paintings, and calling cards covering the walls. One corner is crammed with tattered novels. It's not the cleanest, it's definitely not the neatest, but it does have one of the most addictive pork bellies in the city: crisp golden skin, crunchy flesh that reveals a soft core. Best of all, a place like this won't charge you anything over P200-including meals good for two people. 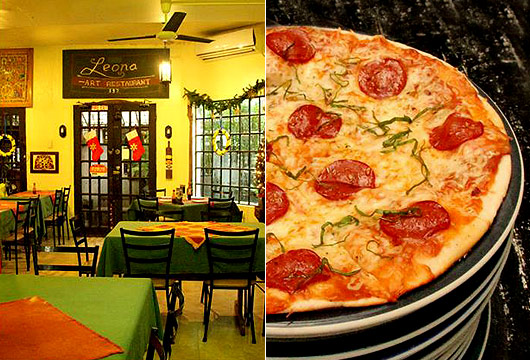 This April, Leona Art Restaurant decided to put all its other dishes on hold, serving only pizzas until the end of the month. Why? Because they’re offering unlimited pizzas for only P199-a promotion that demands utmost attention. Leona’s pizza-all-you-can happens throughout the year, with announcements made on Facebook. Ordinarily, the savory discs cost between P165 to P300. Come May, your tummy will find satisfaction in affordable goodies like the burrito, spaghetti and meatballs, and mozzarella chicken-all comfortably under P200. 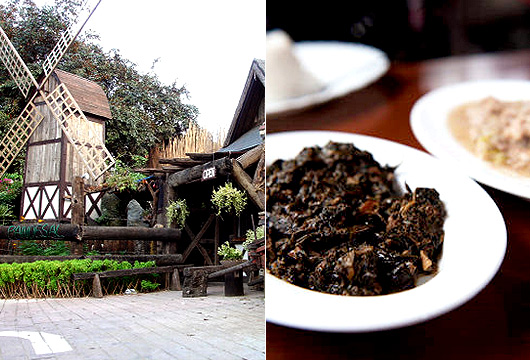 The thrill of Pan de Amerikana comes from their whimsical setting: the upside-down country house complete with a Land Rover and bicycle on the ceiling (everything's topsy-turvy inside, too) and the giant chess pieces a la Harry Potter. The husband-and-wife team behind the restaurant hails from Ilocos and Bicol, and they deem their food "Bilocano." The menu is mostly Filipino, with some continental flair, and like true Pinoy hospitality, everything is easily affordable. (The most expensive thing on the menu is the T-bone steak at P195!) 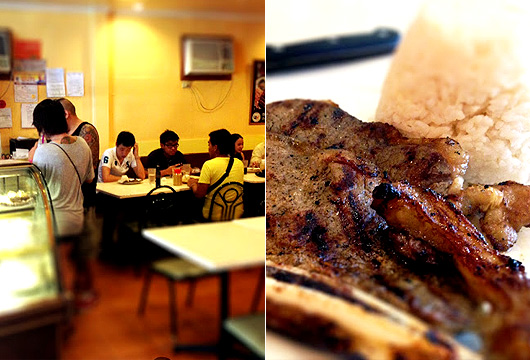 Photos from A Not-so-popular Kid

RAP's menu was designed for students, but that doesn't mean we hardworking office workers can't partake in their inexpensive lineup of good food. The menu is made up of steaks, cakes, and the in-between. The steaks, in particular, are simple local cuts, thinner than what you'll find in steakhouses, but rich in flavor, and very succulent no matter your preferred temperature. RAP is famous for their heavenly gravy that pretty much makes everything a salty-buttery delight. You know, if money is that tight, just order the rice and douse it in gravy. You didn't hear it from us. 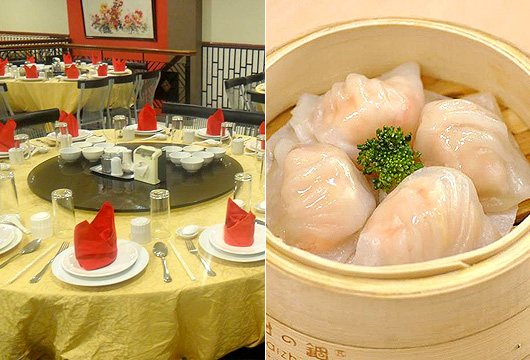 Not everything on the menu is under P200, but Wan Chai has pretty good deals and consistently OK execution. We like that, for a Chinese restaurant, it also serves plated meals for those of us who aren't dining with family. 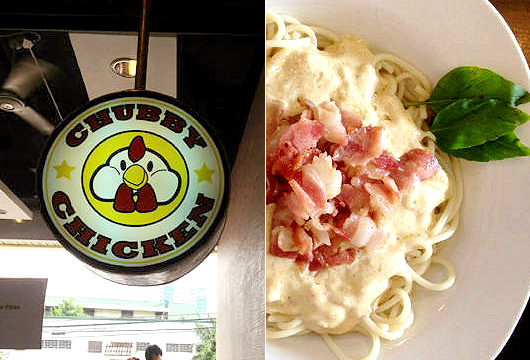 The goal behind Chubby Chicken is to make something that is not too intimidating-and that begins with the prices. This cranny is friendly and laidback, with a corkboard that honors their Top 100 Suki. Chef A-1 Rebueno creates offerings that are heavy on flavor but light on the wallet. The menu is small, but it covers the essential. Chubby Chicken has the creamiest carbonara money can buy. They even have Fanta and Barqs.

Restaurants Manila Affordable Cheap Saver Meal Broke
Your Guide to Thriving in This Strange New World
Staying
In? What to watch, what to eat, and where to shop from home
OR
Heading
Out? What you need to know to stay safe when heading out