CHECK IT OUT: Highlands Prime Steakhouse at SM Mall of Asia, Pasay
Loading
Already a member? Log in
No account yet? Create Account
Spot.ph is your one-stop urban lifestyle guide to the best of Manila. 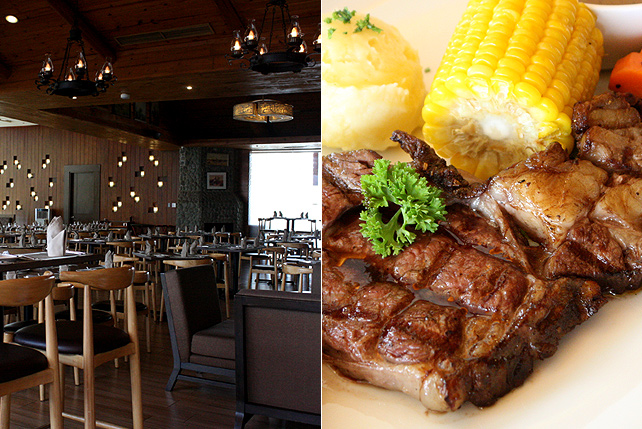 CHECK IT OUT: Highlands Prime Steakhouse at SM Mall of Asia, Pasay

Steaks and more at this beautiful locale. 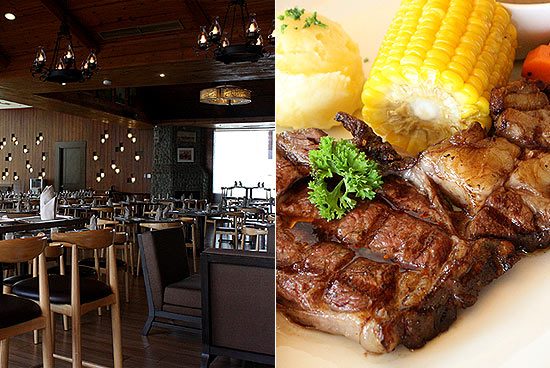 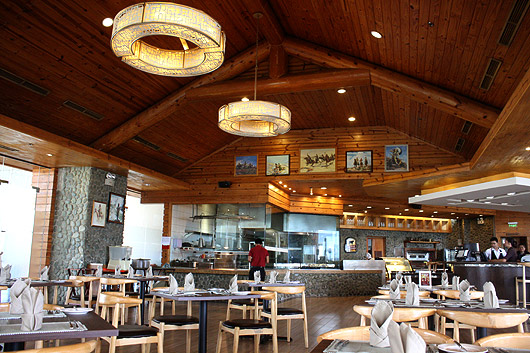 The 677-square meter space is airy but cozy. Light-colored wood making up majority of the area gives it a cabin-like feel, but the numerous photos of cowboys and Indians remind you that you're in a steakhouse. Seating at Highlands is spread out, allowing customers to dine without overhearing the next table's conversation (and vice versa)-consideration other restaurants tend to overlook. With live music late in the afternoon and a spectacular view of the bay and sunset, the booths along the glass walls are perennial proposal spots. 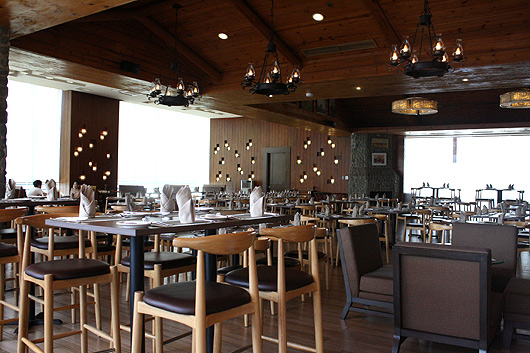 The booth at the very end, Table 10, is the coveted proposal spot.

No offense to the happy couples though, but you come here for the steak, and not to validate true love. Highlands Prime Steakhouse offers an array of steaks that tastes quite like love itself-no ring required.

You can tell by how Chef Ian Calma talks about his menu that he treats his food with a lot of TLC. The steaks are all US-certified Angus, carefully aged for 28 days. The sauces, cakes, and even the side of bread are made in Highlands' kitchen from scratch. 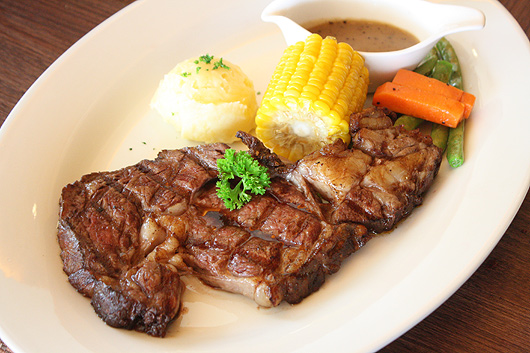 The Prime Rib (P1,630/10 oz; P2,200/14 oz) is the specialty. A whole rib is seasoned then roasted low and slow to get that even and tender cooking, before being portioned to what we know as the rib-eye, then grilled to a default medium. The right amount of marbling instills enough juiciness into the steak that's flavored enough only to emphasize the natural beefy profile. Sauce isn't necessary, but in case you want that extra dimension, get the peppercorn. Highlands Prime Steakhouse also has a Steak Platter (P1,380), where three cuts are available for sampling, and the fairly recent addition, the Chateaubriand (P2,500), where a large 14-oz tenderloin is roasted, pan-seared, then served with red wine and béarnaise sauces. 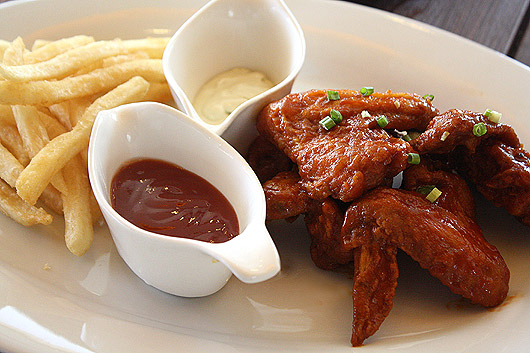 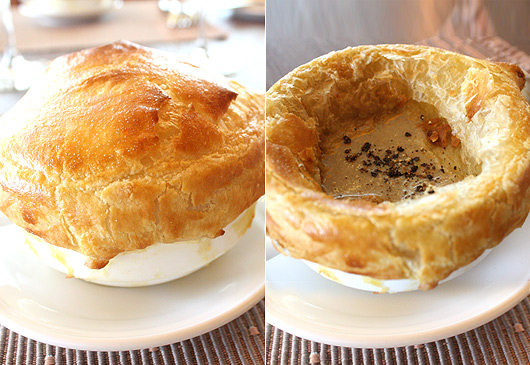 The menu also incorporates several non-steak dishes, including chicken, fish, and pasta. The Cowboy Buffalo Wings (P400) are dressed in a house-made sauce with mild heat. The wings are served whole and large, with a blue cheese dip that's distinct, but not overpowering. For the Mushroom Soup (P180), Chef Ian meticulously creates his own puff pastry to act as a little roof that protects the flavors of the soup. To make the subtle earthiness of button mushrooms stand out more, he doesn't add any cream, choosing to simmer the soup for three hours to get a thicker consistency. 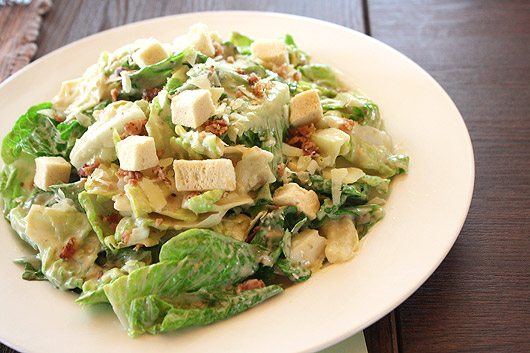 Salads are, of course, a softer option at a steakhouse, but the Prime Caesar (P350) is big and bold. Anchovies are used instead of salt to create a brinier profile. Those who love dressing would appreciate the princely amount they slap on: as you toss the salad, you'll be sure that every piece of lettuce will be wrapped in that rich homemade mayo. Chef also makes the garlic croutons himself. 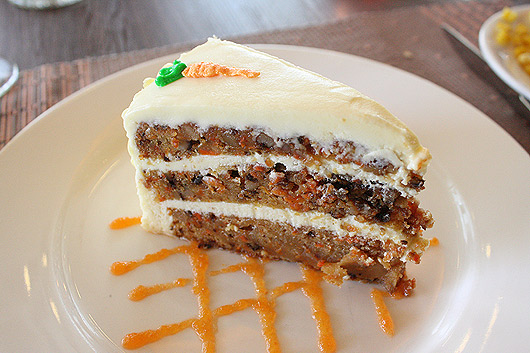 Plum times for Highlands Prime Steakhouse are from when the sun sets until the evening. Proposal or not though, it is such a nice place to end the day in. A plate of steak and a glass of merlot? Now that's life.

Highlands Prime Steakhouse Steak Mallofasia Datespot
Your Guide to Thriving in This Strange New World
Staying
In? What to watch, what to eat, and where to shop from home
OR
Heading
Out? What you need to know to stay safe when heading out