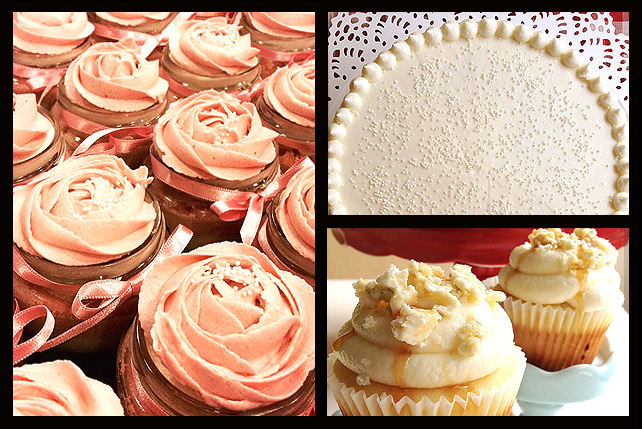 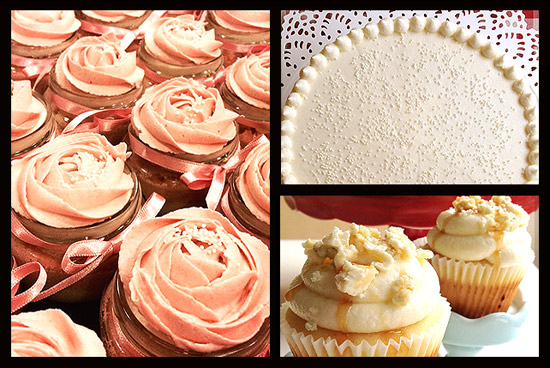 (SPOT.ph) One bite of Bella Cupcakes’ Bleu Cheese and Honey Cupcake and I was instantly smitten-enough to keep me on the lookout for whatever Vannee San Juan, owner of the four-year-old brand, would come up with next. Her new stuff wasn’t some crazy revolution. Instead, she’s given me more of what I already love. Bella Cupcakes have grown into full-sized confections. 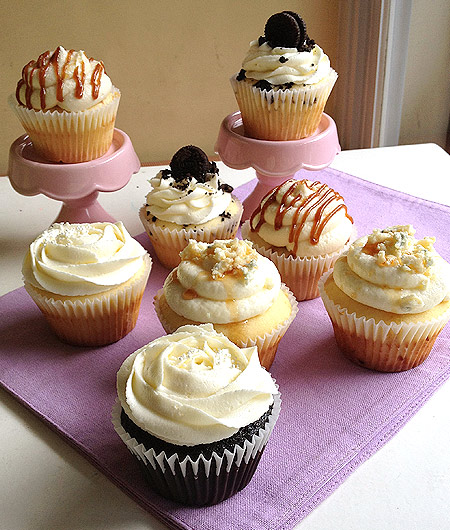 Vannee ventured into baking after closing her arts and crafts shop in May 2010. She read through several recipes before coming up with her own, tweaked to her personal liking. From a conservative lineup of Vanilla, Oreos and Cream, Vanilla Maple, Red Velvet, and Chocolate Peanut Butter cupcakes, she was able to attract a steady stream of clients, many of whom would refer her to their friends and suggest new stuff to try. Last March, Vannee received a call from a loyal customer who pleaded with her to turn their favorite cupcake into a wedding cake. "A bride and her mom really liked my carrot cupcake with cream cheese frosting and so they asked if I could make a cake for them," she says. "Pwersahan yun. I eventually gave in. That started it all." 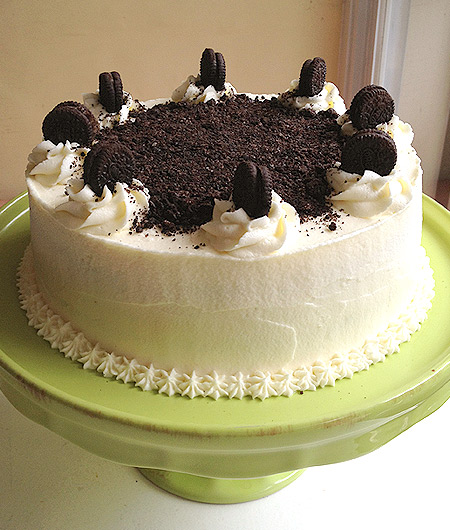 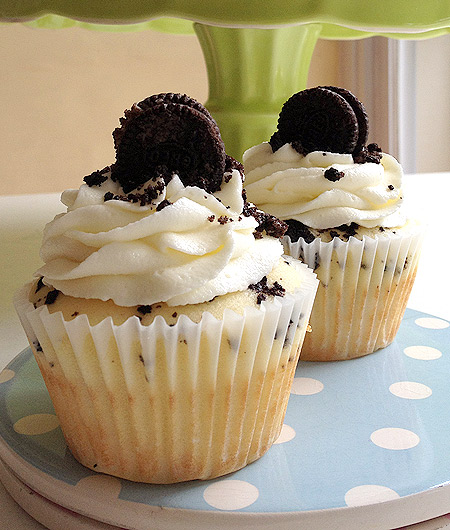 This led to more full-sized requests. "I had another one whose son loves my Oreos and Cream cupcake, which has a double-stuffed cookie inside. She urged me to make a cake version so she could bring it to school in time for her kid's 13th birthday," Vannee shares. Despite her lack of confidence at that time, she delivered and everyone ended up hooked (just as I was). The Oreos and Cream Cake (P995) has two layers of vanilla butter cake laced with double-stuffed Oreo chunks sandwiching an Oreo buttercream filling. What’s not to like? 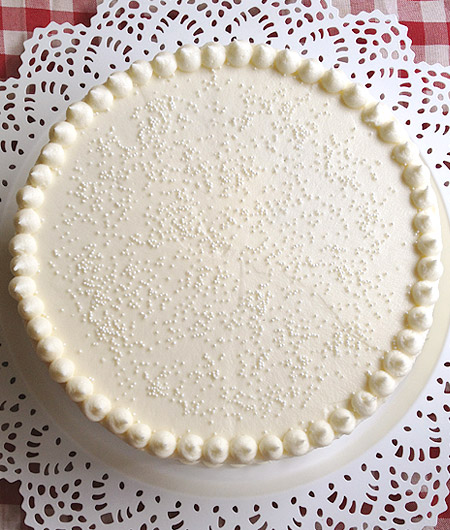 When the decision between vanilla and chocolate becomes too difficult, the Black and White Cake (P995) is a win-win. Slice through the eight-inch-wide ensemble and you'll see chocolate cake sitting atop =vanilla butter cake. In between is a thick layer of caramel buttercream filling. 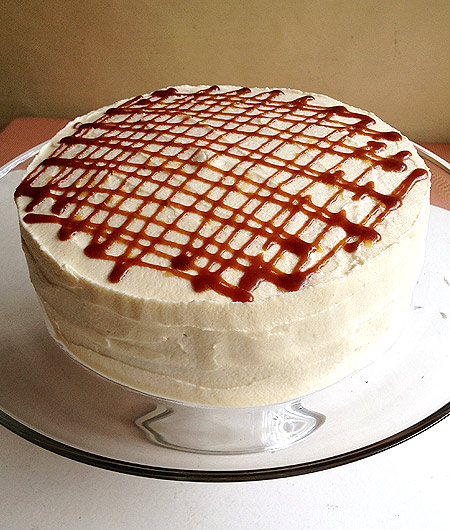 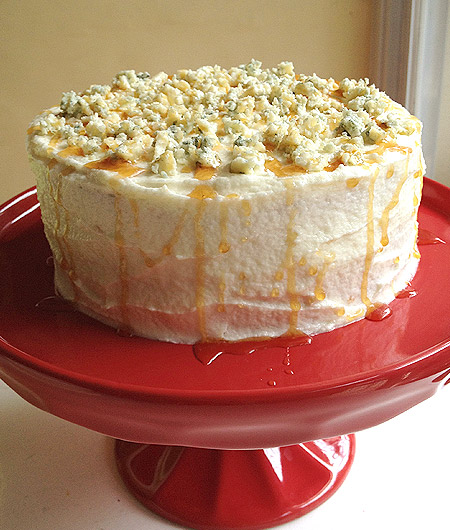 But the true prize is when her bestselling Golden Caramel with Sea Salt cupcake becomes enormously sinful in its cake form (P1,200). Homemade caramel swirls around butter cake with a salted caramel filling. A cream-cheese-buttercream frosting cloak is finished off with (more) caramel drizzle and sea salt sprinkle. The marriage between the sweet and salty makes for an enticing and intense flavor combination that's subdued by softness of the cake. The dual effect is echoed in the seven-inch Bleu Cheese and Honey where the blue cheese-specked butter cake is frosted with a cream cheese icing and generously crowned with chunks of bold blue cheese chunks and a drizzling of honey. 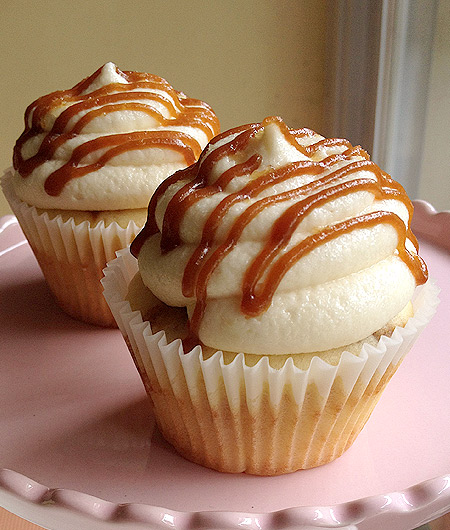 Vannee also does Red Velvet, Blueberry Cream Cheese, Chocolate (in chocolate fudge or vanilla buttercram icing), and Coffee Caramel with Sea Salt cakes. The latter is where chocolate replaces butter is the Bella bestseller then covers it entirely in luscious mocha frosting. She also has cupcake in jars,where the cake is baked inside food-grade glass containers and topped off with fancy frosting designs. Still, if I were you, I’d go for the full size because you’ll never be able to get enough of Bella. 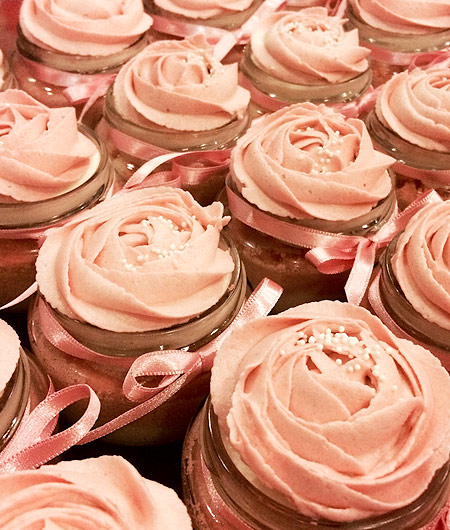 Rose Swirl Cupcake in a Jar 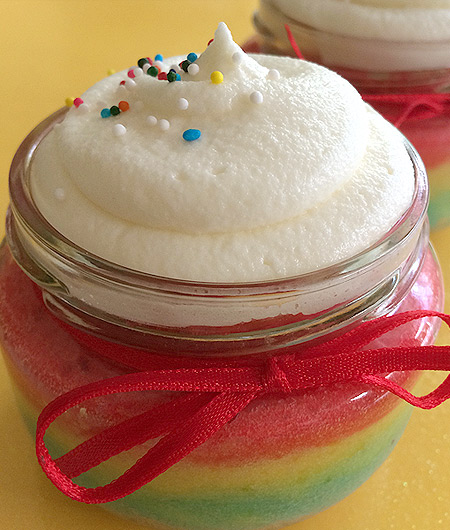 Bella Cupcakes Cakes Seasaltcaramel Angelocomsti
Your Guide to Thriving in This Strange New World
Staying
In? What to watch, what to eat, and where to shop from home
OR
Heading
Out? What you need to know to stay safe when heading out