CHECK IT OUT: Huat Pot at P. Guevarra Street, San Juan
Loading
Already a member? Log in
No account yet? Create Account
Spot.ph is your one-stop urban lifestyle guide to the best of Manila. 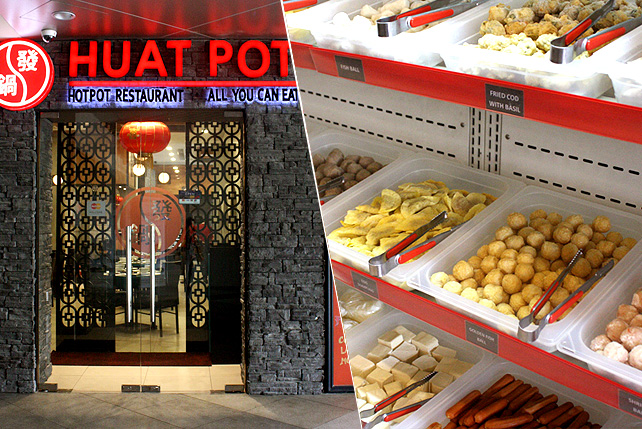 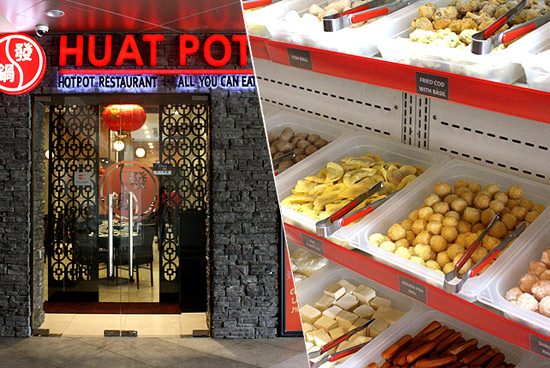 (SPOT.ph) When Chef Jonas Ng talks about his Taiwanese hotpot restaurant, he mentions a preference for quality over quantity. This, coming from a chef that has an entire supermarket of hotpot ingredients, bottomless beer, and unlimited Magnum. The last one isn't even an option in the actual Magnum store. 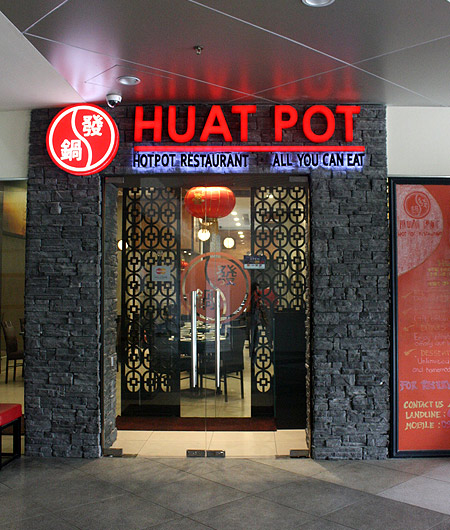 The chalkboard of deals is enticing. 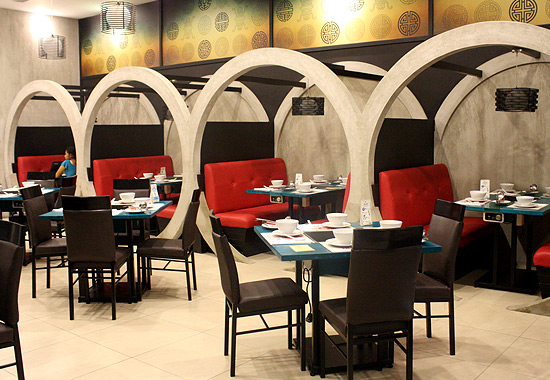 The front of the restaurant...more seating at the back.

Entering Huat Pot doesn't feel any different from stepping inside a Chinese-Taiwanese, in this case-restaurant. Modern elements mingle with traditional colors and structures, but that cheery, communal vibe with the happy sound of noisy eating is all too familiar.

The apparent end of the restaurant opens up to a much wider space and a big, bright display of hotpot ingredients. The difference between Taiwanese hotpot, compared to, for example, Japanese shabu-shabu, says Chef Jonas, is the focus in toppings more than anything else. Apart from the usual squid, fish, and bunny-shaped balls, Huat Pot has yam-tinted lobster balls, mushroom balls, corn-and-lobster balls, fried cod with basil, and egg dumplings. There are curious little pouches called "joyful bags" that turn out to be egg-based sacks with more meatball inside, as well as delicious orbs filled with mozzarella-like cheese. 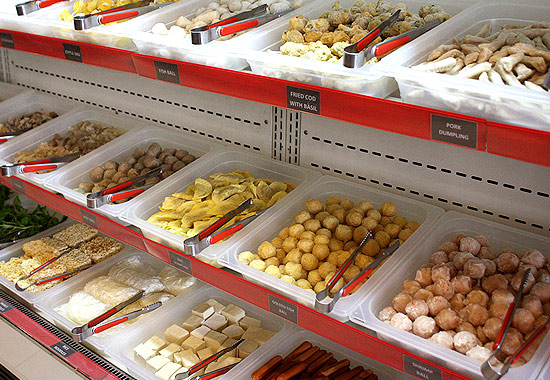 Shelves upon shelves of balls and noodles imported from Singapore, Taiwan, and other Asian countries. 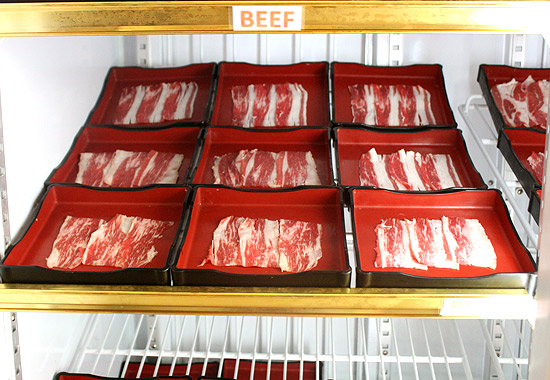 The trays are stackable so you can get a bunch for your table. 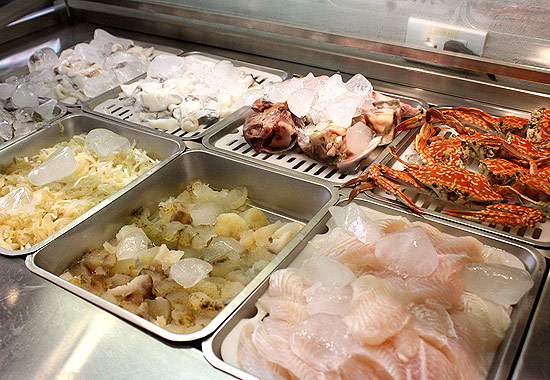 Greens range from bokchoy and petchay (sourced from different regions) to mustard leaves, spinach, leeks, and green beans. Sliced radishes, corn, oyster mushrooms, and quail eggs can also flourish your pot, and bring out the flavors of your desired protein (lamb, beef, pork, crab, shrimp, all sorts of fish). 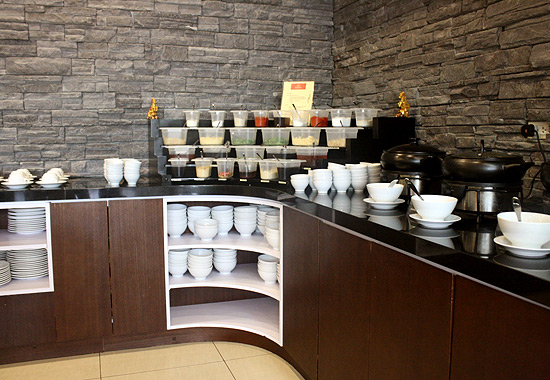 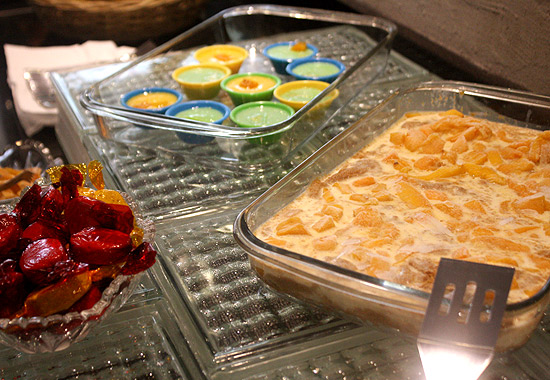 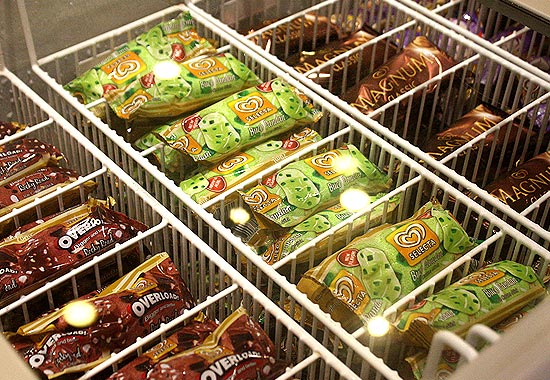 Magnum and other Selecta products

Chef Jonas also has a kitchen's worth of ingredients-also unlimited-to create a great, customized sauce for Huat Pot's  balls. The chef gives customers the freedom to cook their meal to their own liking, but he has a rather special system in the way he makes his-starting with a sauce chock-full of sesame paste, soy sauce, crushed nuts, and ginger. 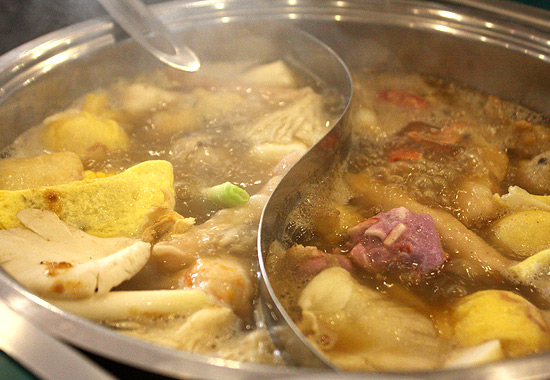 Customers pick two from six types of broth, maybe the signature Huat Pot Special and the bold Beef Spicy. Chef Jonas suggests tossing in the balls first, cooking it then dipping it in the sauce. When the soup is hot enough, you can add the meat, cook it quickly, and enjoy it just the same. Chef Jonas adds in his greens later to bring out a fresher flavor for the noodles, which he adds last when the broth has reduced. One of his noodles, his favorite kind, cooks for a very quick minute.

Between the refrigerator display of ingredients and the sauces are three steaming pots of dishes ready-made for those who need something to tide them over as their hotpot cooks. A standout is an adobo-like dish cooked with salted fish, giving the pork delicious brine. If you're planning to indulge in the unlimited soup and toppings, try to hold off. This is a trap that's best with rice-and Huat Pot's unlimited beer.

Chef Jonas speaks of quality over quantity, but in Huat Pot, it’s possible to have both.

Huat Pot Unlimited Magnum Taiwanese Jonasng
Your Guide to Thriving in This Strange New World
Staying
In? What to watch, what to eat, and where to shop from home
OR
Heading
Out? What you need to know to stay safe when heading out