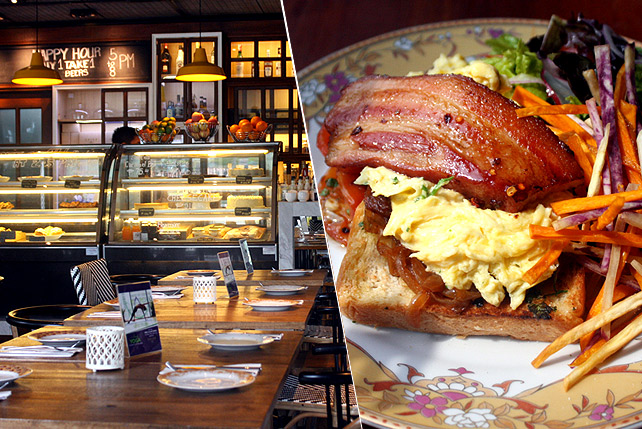 Healthy food with bacon and desserts! 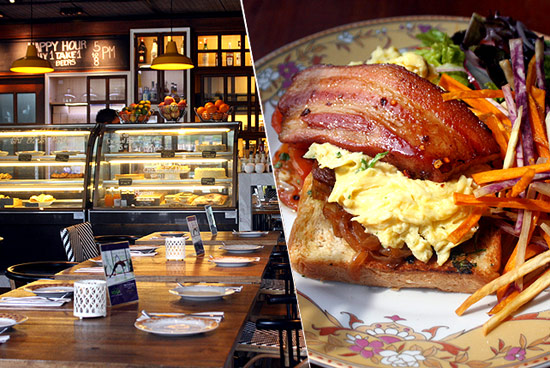 (SPOT.ph) A few minutes of observing the mélange of rustic yellow and industrial gray, and you'll know that Crisp on 28th is a place you'll want to visit more often. It's a café hidden in plain sight between two of Bonifacio Global City's busiest hubs: glass windows letting in the natural light that, if you sit by the bar, is just as satisfying as eating at the yard outside.

"We loved this place because of the courtyard," says co-owner Carmela Villegas Agosta, beckoning towards the al fresco area laid out like at a friend's lawn party. 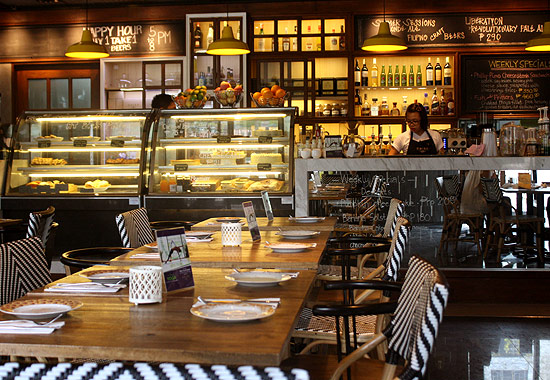 You know you’re going straight for that display case. 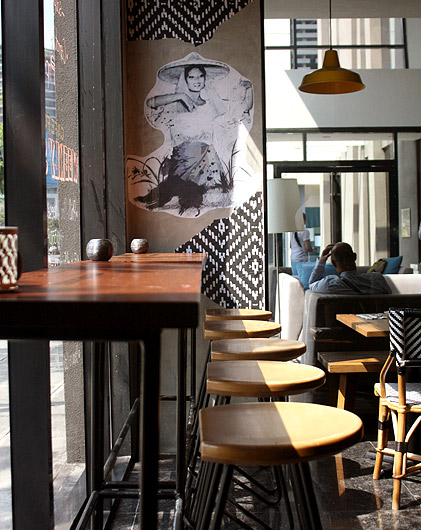 Street art like this gives it a cool, "outdoor" vibe. 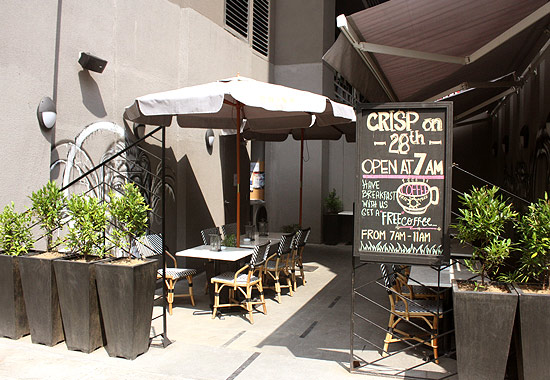 The prized courtyard where you should be eating when the cold December breeze comes in.

Crisp is an arrangement among friends who grew up together in France, are now in the Philippines, and miss the old street cafés that they used to frequent when they were college students. The aim, according to Carmela, is to be that friendly neighborhood destination, and she, along with her husband Julian and Erwan Heussaff, makes it a point to be at the restaurant and get to know the customers.

It's fairly easy to warm up to Carmela, if you happen to see her around. Crisp, according to her, stems from the kitchen's inclination towards healthier food. "Like crisp...lettuce," she says. The light-hearted, affable pastry chef pauses for a moment before adding, "except for desserts!"

Greens, sweet potatoes, and buckwheat feature in the dishes on the menu, but the chefs don't shy away from techniques like deep-frying. Quinoa, diving into a pool of blistering oil, gets this yummy crunch that holds its own around baubles of kesong puti and tender peas fritters. Currently, it's only a simple accompaniment to the week's special of Panko-crusted Maya (P460), listed on a sweet handwritten menu, but there's a smaller version available for bar chow. 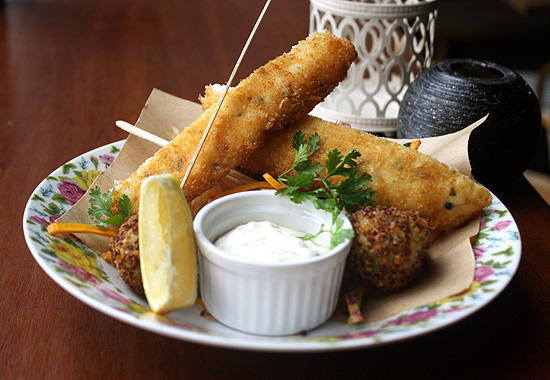 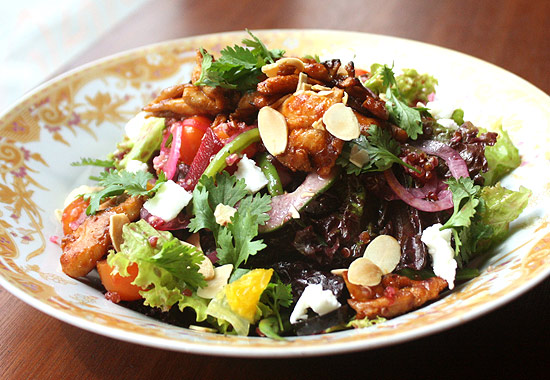 Healthy food has long left the path of the insipid, and the Chipotle Chicken Quinoa Salad (P215 to P395) continues toward a bolder, more colorful destination-if it hasn't arrived already. Every element-from the nutty quinoa to the herbed chicken to the rich white cheese to the fresh greens to the spicy onions to the sweet red beets-makes its presence felt in every mouthful.

Then, there's a five-inch-long slab of bacon, ruddy lines of pork running along amber-colored fat, atop savory egg scramble, caramelized onions, and toast (Skillet Bacon, P370). Yes, this is the kind of healthy that anyone can get on board with. 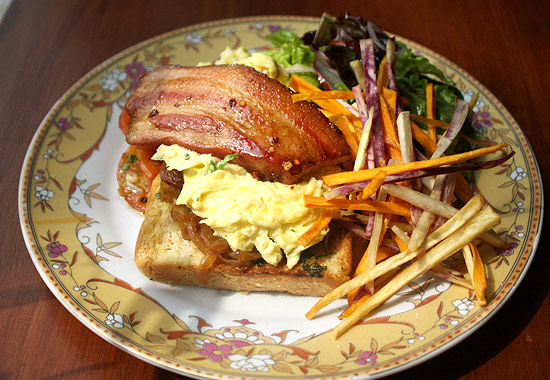 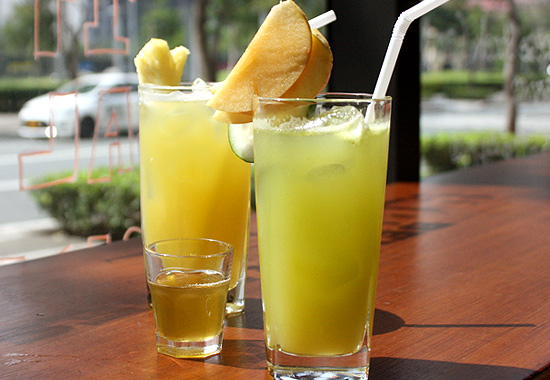 "You eat all this to make room for dessert!" says Carmela with a laugh. The pastry master behind Casa San Luis makes an all-new ensemble of sweets: Panna Cotta Trio (P180), Ensaymada Pudding (P160), Donut Bites (P150/five pieces). Her version of Twix, however, blows the real one from memory. It's a sleek block composed of a crumbly biscuit base, chewy caramel, and rich dark chocolate. Our favorite childhood candy bar just grew up and did us proud. 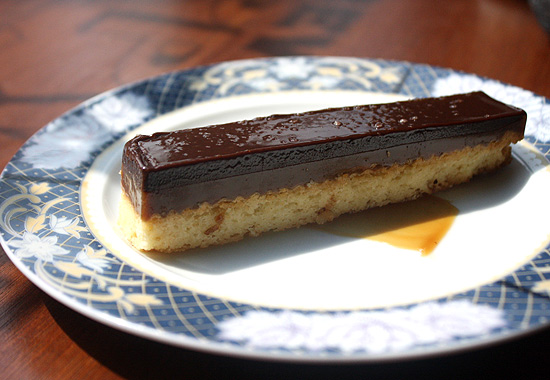 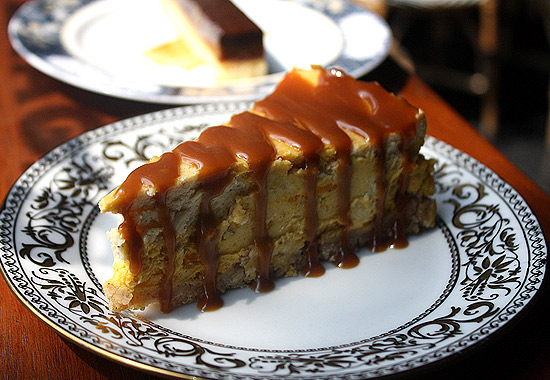 The Pumpkin Cheesecake (P210) is everything you’d expect from a good cheesecake-and more, that touch of pumpkin offering a novel kind of sweetness and a careful drizzle of caramel adding oomph. Each bite is a fluffy, light ending to a meal at Crisp, an ending you don't really want to happen.

As you exit the café with your friends after a breakfast of corned beef and hash, you move on to a discussion of lunch and dinner, wondering where the next logical progression is to match the meal you just had. The answer is pretty obvious, isn't it?

Crisp 28th Carmelavillegas Erwanheussaff
Your Guide to Thriving in This Strange New World
Staying
In? What to watch, what to eat, and where to shop from home
OR
Heading
Out? What you need to know to stay safe when heading out