Genius creates drug to mimic tipsiness-and another to cure hangovers

Could this be the end to drunk-driving and drunk-dialing? 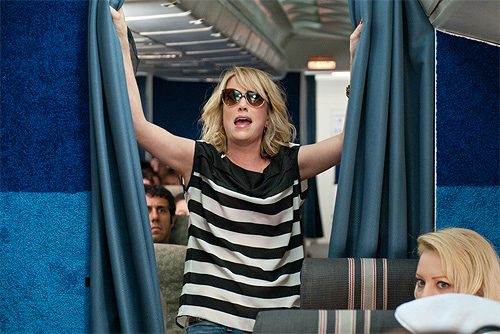 (SPOT.ph) These pills remind us a bit of Fred and George Weasley’s Puking Pastilles-"double-ended, color-coded chews. If you eat the orange half of the Puking Pastilles, you throw up. Moment you’ve been rushed out of the lesson for the hospital wing, you swallow the purple half."

David Nutt, a neuropsychopharmacology professor at Imperial College London, has more serious motives than our favorite Hogwarts twins. His drug, "alcosynth," according to The Telegraph, helps wean people off alcohol while still letting them enjoy the feeling of being inebriated. He uses a benzodiazepine derivative which the report described as a non-toxic inebriate that eliminates the chances for hangovers, liver damage, and loss of control.

The best part is that there’s a follow-up pill, "chaperone," which sets you straight when you’re falling off the wagon.

The professor, whom The Telegraph recalled was fired by the British government in 2009 for saying that "horse-riding is more dangerous than Ecstasy," says that the second drug could potentially reduce alcohol-related incidents like drunk-driving...and maybe drunk dialing?

A spokesperson for the Wine and Spirit Trade Association, Carlo Gibbs, however, dismissed Nutt’s claims, saying that his pills were "not something [their] member companies would consider."

Alcosynth and chaperone are still unavailable in the market, but Nutt says it would first be available in high-end cocktail bars as a companion to one’s usual liquor. The price would also be set high to prevent abusive use.

Drug Hangover Cure
Your Guide to Thriving in This Strange New World
Staying
In? What to watch, what to eat, and where to shop from home
OR
Heading
Out? What you need to know to stay safe when heading out